Warm Shrimp and Radicchio Salad with Pancetta and Mustard Vinaigrette

2009 JBF Best Chef: Southeast Mike Lata has kept this dish on FIG’s menu since the restaurant’s opening night in 2003. As per The Charleston Chef's Table, the dish was conceived out of necessity when a local farmer failed to deliver the kale Mike had initially planned to use, and he substituted the fresh radicchio he had on hand. The salad is best during the cooler months, when Lowcountry waters teem with sweet, milky white shrimp. Their incomparable briny crustacean flavors meet their match with warm, crisp, and mildly tart radicchio silvers and the salty edge of seared pancetta.

To prepare vinaigrette, whisk together the sherry vinegar, Dijon mustard, shallots, and salt and pepper in a medium bowl. Gradually incorporate the oil in a slow drizzle, while whisking, until emulsified. Taste and adjust salt and pepper as needed. Set aside.

To prepare salad, heat a large sauté pan over medium heat. Add the olive oil and pancetta. Cook for 2 or 3 minutes, or until the pancetta becomes translucent. Add the shrimp and continue cooking, stirring occasionally, until the shrimp are nearly cooked through, about 4 minutes.

Add the remaining salad ingredients to the pan and toss to warm through. Mike cautions against letting the radicchio get too hot, or it will wilt and become too soft (this step should only take a minute). Transfer the salad to a large bowl and toss lightly with the vinaigrette. Use just enough to lightly coat the salad; reserve any remaining vinaigrette for a later use. Season the salad lightly with salt and pepper if needed. Divide among four salad plates, carefully arranging the shrimp around the salads. Serve immediately. 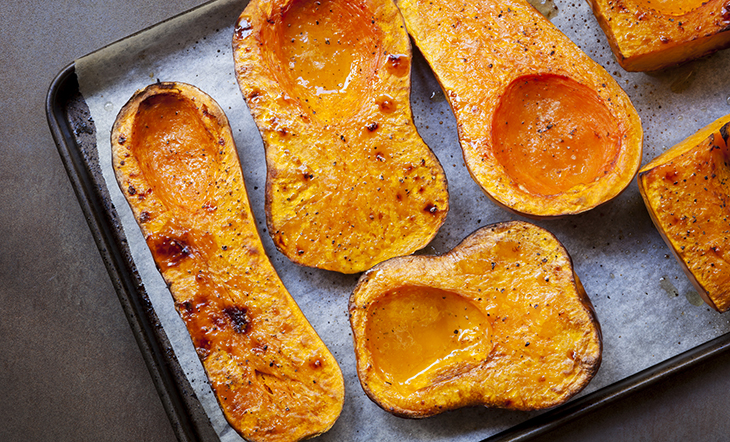