Lardo is produced by curing pork fatback with a mixture of salt, spices, and herbs. To make these luxurious crostini, Adam Waller layers butter-enriched lardo with a crunchy radish salad and plush white anchovies, which are also sold as boquerones in markets.

Make the whipped lardo: combine the broth, lardo, and onions in a large pot. Bring to a simmer and cook until the lardo is soft to the touch, about 1 hour.

Drain the lardo and onions. Let cool to room temperature. Place in a food processor and pulse on low speed. Add the softened butter, one piece at a time. Season to taste with salt and pepper. Transfer the whipped lardo to a bowl and refrigerate until the mixture resembles a loose spread, about 30 minutes.

Make the radish salad: toss the radishes with the parsley, chives, lemon juice, and olive oil. Season to taste with salt and pepper.

To serve, spread the lardo on the baguette slices. Top each slice with an anchovy and a little radish salad. 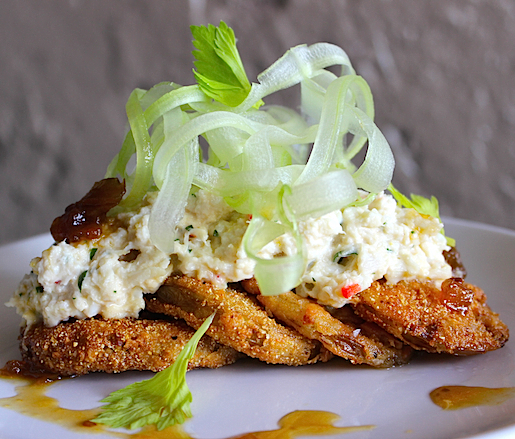 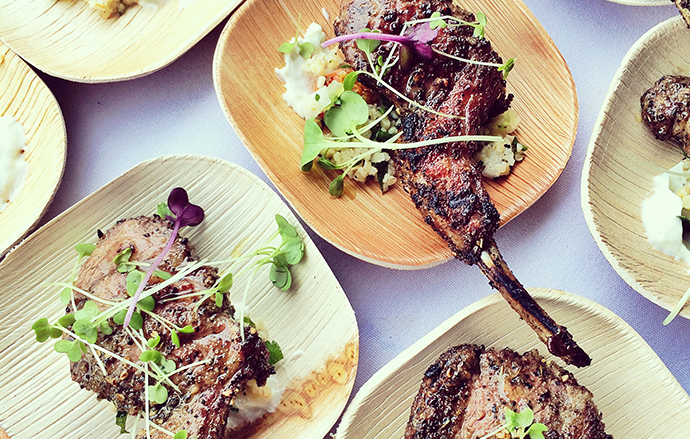