Harold's at the Arlo Soho and Bistro Pierre Lapin, NYC

This romantic recipe for two is one of Harold Moore's signature dishes.

To prepare the stuffing, remove the crust of the bread slices and cut it into 1/2-inch squares. Dry the bread by laying it out in one layer on a baking sheet in a dry place. Put the onion in a small sauté pan with 1 tablespoon of cooking oil over medium heat. Stir the onion occasionally and continue cooking it until it browns evenly, about 10 minutes. Remove it from the pan and reserve it at room temperature. Render the bacon in a pan with 1 tablespoon cooking oil over medium heat. After about 5 minutes the bacon will have rendered. Remove it from the heat and place it on a paper towel to dry.

To prepare the chicken, preheat the oven to 475ºF. Mix the butter, parsley, tarragon, chives, thyme, and 1 teaspoon salt. Using a spoon, release the skin from the breasts of the chicken and insert about 2 tablespoons of the herb butter into the pockets created between the breast and the skin. Cut the wing tips off of the chicken and truss it. Press the butter around to make it even. Season the surface and cavity of the chicken well with the remaining salt and pepper. Place the chicken, breast side up, on an oiled baking sheet and place it in the middle rack of the oven. The chicken will take about 40 minutes to cook; check for doneness by removing the chicken from the oven and carefully lifting it by the neck with a spatula, when the juices run clear the chicken is done. When the chicken is done, remove it from the oven and place it on a cooling rack in a warm place to rest.

While the chicken is cooking, prepare the potato purée. Place the potatoes in large pot with 2 gallons of cold water and 3 tablespoons of salt. Bring to a boil over high heat and cook until the potatoes are fork tender, about 15 minutes. While the potatoes are cooking, mix the cream and butter together in a sauce pot and bring just to a boil, then remove from the heat. When the potatoes are done, drain them and place them in a bowl. Crush them with a whisk and mix in the butter/cream mixture. Mix well to completely incorporate, season with the remaining salt and hold in a warm place.

To finish the stuffing, bring the chicken broth and crushed bouillon to a boil and cook over high heat for about 7 minutes. Remove from the heat and reserve. Heat up the corn oil in a large sauté pan. The oil will begin to shiver when it becomes hot. Add the dried bread cubes. Reduce the heat to medium and toast the bread, stirring occasionally to evenly brown the bread on all sides. Season the bread with the salt. When the bread is toasted, drain the excess oil. Add the bacon and caramelized onions and continue to cook at medium heat for another minute, stirring occasionally to prevent sticking. Add the chicken broth mixture and cook for about 1 minute until saucy. Add the foie gras and toss well to slightly melt and coat the stuffing.

After the chicken has rested for about 15 minutes, cut the breasts off of the bone and remove the leg and thigh at the thigh joint. Start plating with a large scoop of potato purée and then place the stuffing on top of that. Portion out half of the chicken on each plate. 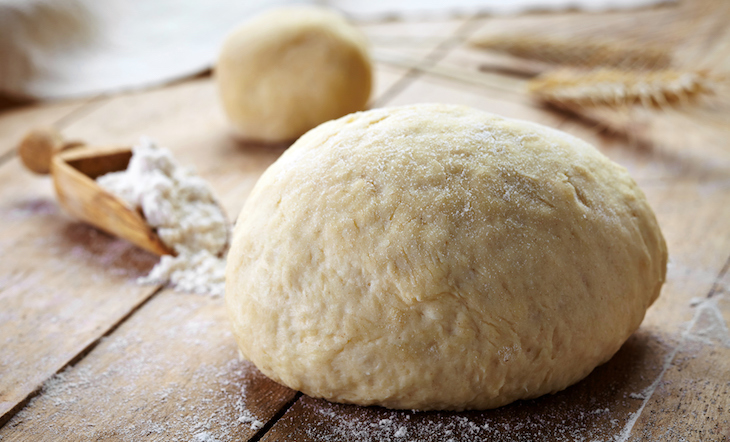 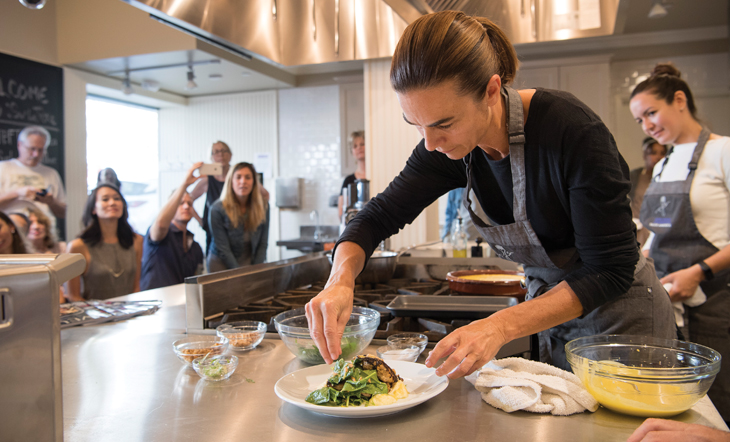 How to Get Your Cooking in Balance for 2017