Whoopie pies are “wicked” Maine. I grew up eating these soft, cake-like chocolate cookies with marshmallow cream filling. When we first opened Union, I wanted to offer cookies and candies as a dessert and my mind always wandered to the whoopie pie. Transforming these simple flavors in to a macaron was the perfect balance of a classic favorite, just reimagined. — Josh Berry

Special equipment: a piping bag and a small round tip

Make the macaron shells: sift together the almond flour, powdered sugar, and cocoa powder. Repeat a second time. Discard any large chunks of almond flour left in the sifter.

In the bowl of a KitchenAid mixer fitted with a whisk attachment, beat the egg whites on medium speed until frothy, about 1 minute. Add the cream of tartar. Slowly add the granulated sugar and increase speed to the highest level until the egg whites form firm peaks but are not dry, about 5 to 7 minutes.

Sift the almond flour mixture into the whipped egg whites. Fold the ingredients together until the mixture becomes shiny and somewhat loose. It will ooze slightly in the bowl and should have the consistency of melting ice cream. Spoon the mixture into a pastry bag fitted with a small round tip.

Pipe out 1-inch rounds about an inch apart on an ungreased baking sheet lined with parchment paper. Let rest for 30 minutes until a skin forms on the outside of the shell and the surface looks dry.

Preheat the oven to 300°F. Bake the macarons for 10 to 12 minutes. When the bottoms do not stick to the parchment paper, they are done.

Make the marshmallow filling: in the bowl of a KitchenAid mixer fitted with a paddle attachment, cream the butter and shortening together. Slowly add the powdered sugar and whip until light and fluffy, about 5 minutes.

Add the marshmallow fluff and vanilla and mix together until combined.

To assemble: spoon the marshmallow filling into a pastry bag fitted with a small round tip and pipe a small amount of filling onto the bottom of a macaron shell. Top with another macaron to make a sandwich. Repeat with the remaining macarons and filling. 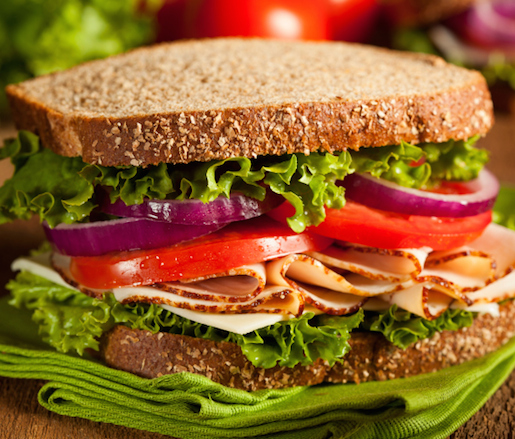