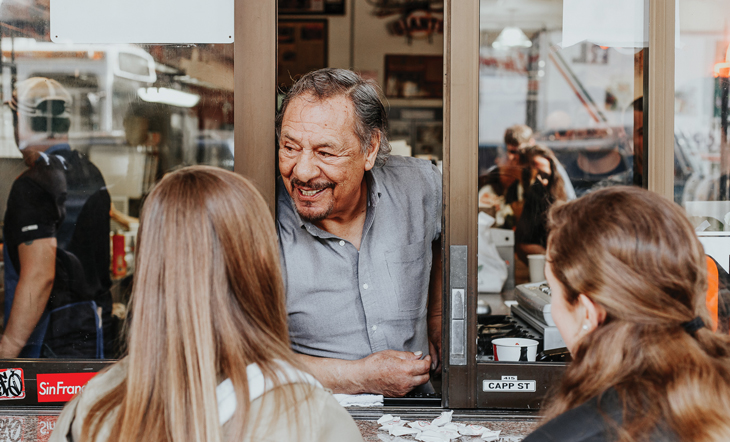 The Mission-style burrito is a prized expression of Mexican-American culinary heritage in the Bay Area. Burrito connoisseurs endlessly debate which taqueria—of which there are legion—makes the definitive version of the foil-wrapped, all-in-one meal of meat, beans, rice, cheese, and salsa bundled in an extra-large flour tortilla. Through the years, La Taqueria has consistently defined itself as both an outlier and the standard-bearer. Owner Miguel Jara, who hails from Tijuana, rejects rice as a filling, doubles down on the meat, and griddles his burritos until crisp and golden brown (dorado). The result is deeply satisfying and unlike anything else in San Francisco. The wait to place an order at the counter and score a weathered wooden table at La Taqueria gets more and more absurd as time goes by, but the quality stays remarkably high.

Watch our video on La Taqueria:

How to Make the Perfect Creamy Pasta