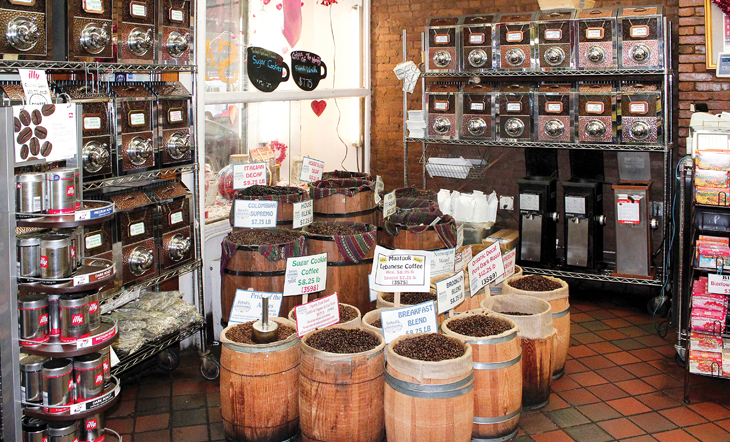 Atlantic Avenue, between the waterfront and the terminal, is Brooklyn’s fertile crescent, a cluster of Middle Eastern restaurants, groceries, bakeries and sundry shops. Sahadi’s, at the heart of this micro-neighborhood, has a New York root system that dates to the late 19th century, when Abrahim Sahadi first set up shop in downtown Manhattan. Charlie Sahadi and his brother Bob Sahadi, direct descendants of Abrahim, ran the business for more than 50 years with help from Charlie’s wife, Audrey, before handing the reins to Charlie’s daughter Christine Whelan and son Ron Sahadi in 2016. Today, Sahadi’s is a bulk-bin wonderland, packed with locals making by-the-pound purchases from glass jars of amaranth, pistachios, dried figs, spices, and roasted coffee, or loading their baskets with pantry goods like pomegranate molasses and Middle Eastern cheeses. It all comes together in the deli section, where the family stocks multiple varieties of rich, tangy labneh, vats of creamy hummus, and delicious seasonal salads as well as bakery specialties like flaky borekas and baklava, harissa-drenched lavash, and Middle Eastern breads.

Watch our video on Sahadi's:

Jesse Tyler Ferguson and Andrew Zimmern Are Our 2017 Awards Hosts