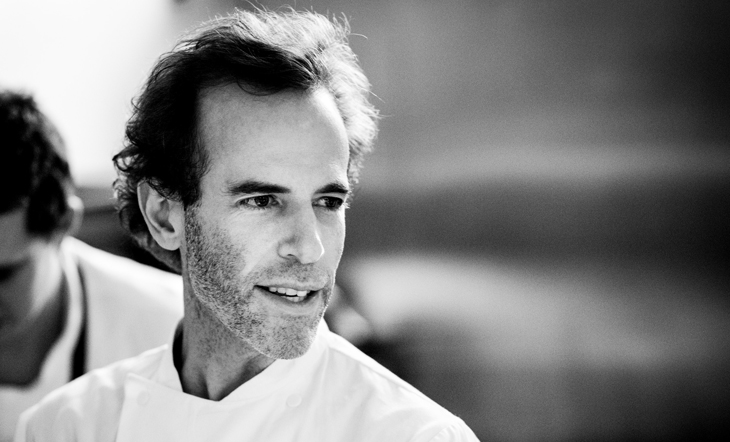 Honored for his work in blending the dining and educational experience to reduce waste, improve food taste and sustainability, and promote a soil-to-table approach.

Dan Barber is a tastemaker, a role that he accepts, along with the weight and responsibility that come with it. The executive chef and co-owner of two restaurants celebrated for their exquisite dining experiences—and the recipient of several industry honors including the 2009 JBF Award for Outstanding Chef—understands that being in the spotlight affords him a unique opportunity to contribute to the shaping of food culture.

“It’s about creating desire,” Barber says of the larger effect chefs can have on mainstream culture. “Part of the job is to figure out how I can use the power to create a food culture that is delicious and celebratory, but also responsive to what crops the environment needs us to grow.”

It’s no surprise that Barber is so attuned to what is best for food with respect to sustainability. He has long been recognized as a standout chef within the farm-to-table movement, and has gone to great lengths to procure ingredients with “jaw-droppingly delicious flavor” for his kitchens. This now decades-long pursuit has given him a profound understanding of, and appreciation for, best agricultural practices, which he has combined with his culinary bravura to leverage influence on the future of farming and food.

That insight takes shape in many forms, although good flavor remains at the forefront of his thoughts. In his kitchens, Barber reworks his menus to reflect his ever-deepening education on the topic, and he collaborates with breeders to create great-tasting crops with, for example, higher edible yields and better pest resistance.

Tapping into a deep-rooted passion for writing and storytelling, he has also penned eloquent and persuasive pieces for outlets such as the New York Times and the Guardian, and written a book, The Third Plate: Field Notes on the Future of Food. His prose, which allows him to address “the larger issues that really talk about a holistic approach to eating,” has shed light on food waste, the shortfalls of the farm-to-table movement, and the detrimental “supermarket mentality” of farmers’ market shopping.

Moreover, Barber has done educational outreach about the correlation between good food, good farming practices, and good health as a board member for the Stone Barns Center for Food and Agriculture, the nonprofit farm and educational center where one of his restaurants is located; and through his appointment by President Barack Obama to the President’s Council on Physical Fitness, Sports, and Nutrition. In 2009 Barber made Time magazine’s list of the 100 most influential people in the world.

“I am impressed at how he has married his ideas, ideals, and his cooking,” says author, food activist, and 2014 JBF Leadership Award recipient Michael Pollan, who sees Barber as one of the few chefs who have made the journey from transforming “a vision through to creating an institution.”

It’s “farm to table—and beyond,” says Barber of his work, which he views as part of a large-scale and generations-long effort. “If you’re in it for the long game, you’re not just supporting local farmers in the here and now,” he says; “you’re also always thinking about how they can increase revenue through a change in cultural patterns of eating that really support the landscape.”

The Chef Who Suddenly Found Himself a Food Waste Crusader