Honored for dedicating her life to racial equity and justice in the food system, and increasing capacity and visibility of Black-led narratives and work.

A too-familiar scene during her daily commute struck Dara Cooper as unfair: young children in a black community on Chicago’s South Side buying a daily breakfast of Cheetos topped with what Cooper described as “plasticky” cheese and “five-day-old, grey hamburger meat” from a gas station. “There was nothing that looked halfway decent in terms of nutritional value anywhere in the area,” recalls Cooper, who experienced food insecurity in her own childhood. “This was a turning point that made me want to start getting into food access and food sovereignty.”

Cooper’s career had always been steeped in activism and counteracting racial inequalities. The gas station moment led her to leave her job in economic development, where she had been doing free tax prep and helping increase the accessibility of bank accounts and Community Reinvestment Act reinforcement in low-income communities. She went on to volunteer at the Black Oaks Center for Sustainable Renewable Living, which ran a Healthy Food Hub offering a weekly produce pickup and nutrition programs; she was subsequently hired for a paid position. Cooper also became a fellowship advisor with the Washington, D.C.–based Congressional Hunger Center. In 2011, she assumed a leadership position during the launch of Fresh Moves, a mobile produce market that serviced some of the most economically challenged neighborhoods of Chicago’s West Side—and that was enthusiastically received by its denizens.

“That was the proudest, most fulfilling body of work that I think I’ve done,” Cooper says, “mostly because it defied all the stereotypes that so many grocery stores, developers, and policymakers have about black communities. Our folks do want good food, we understand we deserve quality, and there is a long, deep knowledge of food stories and expertise including things like produce handling and quality.”

Fueled by the accomplishments of Fresh Moves, Cooper relocated to run the NYC Food and Fitness Partnership of Bedford Stuyvesant Restoration Corporation in Brooklyn, implementing farm-to-preschool food sourcing programs and increasing the presence of black farmers at local markets. She linked up with Black Urban Growers, through which she developed relationships around the country. These relationships led to Cooper’s co-founding of the National Black Food & Justice Alliance (NBFJA) in 2014, which is a coalition of black-led food organizations working towards food sovereignty. Today the NBFJA trains young activists, connects and strengthens the infrastructure system among black-run food co-ops, raises the visibility of black-led food work, and establishes both monetary and technical support for people battling issues of land injustice.

Land injustice is a particular issue that hits close to home for Cooper, whose family became unwilling participants in what is known as the “Great Migration,” when millions of African Americans were forced to depart the rural South. “The farm my grandmother was raised on in Tennessee was very successful. So the sheriff blackmailed my great-grandfather and ended up driving my family off the land that we owned,” says Cooper, who is also active in the Movement for Black Lives. “One of my many goals now is to see us make the connection between the larger systemic violence that exists today and the violence we see through our food system. We need to activate our communities around organizing a food system that is environmentally just, fair to workers, and fair to all farmers.” 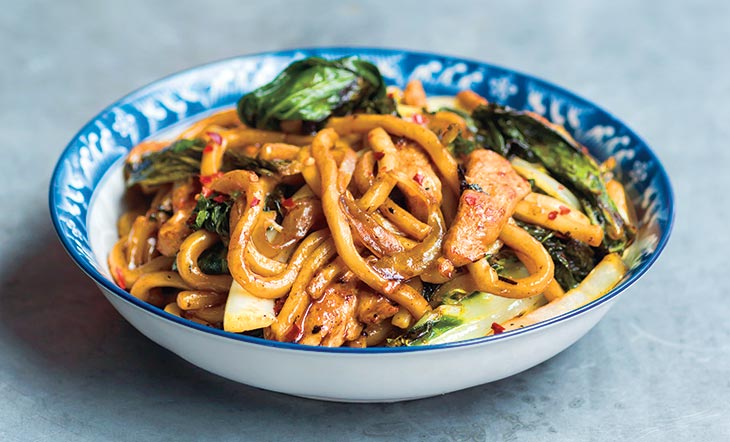 How to Perfect Your Wok Skills