Honored for his work harnessing the power of youth and universities to create a food system that truly nourishes us all.

As a child growing up in Ghana and later stateside in Washington, D.C., James Beard Foundation Leadership Award winner Anim Steel looked to the stars for inspiration. The cosmos, he reasoned at the time, surely held the answers to all of Earth’s problems—the exhaustion of the planet’s finite resources, the degradation of its soil and agriculture, and the ever-increasing number of mouths to feed—and he was determined to find them.

“My dream was to work in the space program,” Steel said. At Williams College, he majored in astrophysics and history, and spent a summer interning at NASA. “I was brought up to think that progress is literally moving away from the Earth,” he reflected. It’s a worldview that Steel has come to view as flawed, and one that, if taken to the extreme, can lead to exploitation. “I love science and all that stuff,” he said. But turning to the heavens for answers to terrestrial problems can make us “regard our relation to the Earth as one [in which] we need to take from and move away from it, versus [seeing] ourselves as part of it.” He now believes progress “is actually about building fertility and building connection to each other.”

Several years and a master’s degree in public policy from Harvard’s Kennedy School of Government later, Steel found himself at the Food Project. The Boston-based program, which teaches urban and suburban teens and volunteers about sustainable agriculture through hands-on training at its 70 acres of farmland across Massachusetts, proved to be a tremendously influential experience for Steel. He was particularly moved by the program’s ability to bring together individuals from wildly different backgrounds by “growing beautiful things together and preserving the community,” Steel said. These kids were “modeling the world as it maybe should be,” he continued, and living proof that “food and agriculture is the universal key to personal and social help.”

With the knowledge of all this behind him, in 2008 Steel founded the program that would grow into Real Food Generation, an organization that supports and organizes college students in efforts to divest their schools' food budgets from status quo industrial agriculture and get more local and Fair Trade food products on campus.

Through initiatives like its Real Food Challenge, “we’re accelerating the growth of that real food economy and we're also increasing transparency, because we equip students with standards and a real calculator by which they can hold the school accountable and share information about what their institutions are buying,” Steel explained. And it’s making a real difference: Real Food Generation can count more than 80 universities at which students have won campaigns to devote at least 20 percent of their food budgets to real food sources.

But it’s not only these are tangible victories that give Steel hope for the future. It’s the university students themselves.

“The intention was to do this in a way that was going to create new visionaries, farmers, teachers, and NGO leaders,” he said. “And it's cool—we can see that happening.” Several student leaders with whom Steel has worked over the years have gone on to work at Real Food Generation’s partner organizations. Others work directly with the land on farms that espouse the program’s food ideals.

“I've been trying to build this organization for over 10 years,” he said. “My job as a leader? To create space for more leaders and their vision.” 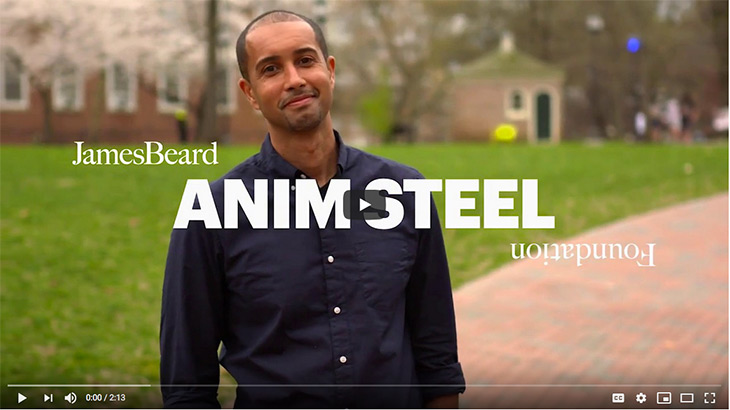 This Award Winner Is Focused on Tomorrow's Leaders