Chef/Owner at Inn at Little Washington in Washington, Virginia

On a frigid night in January of 1978, in the midst of a blizzard and with a staff of only three, a restaurant opened in a converted garage in the rural town of Washington, Virginia. It wasn’t the easiest of beginnings, nor did the area—a sleepy enclave set in the shadow of the nation’s capital—seem a likely home for what would grow into a world-class restaurant and inn. But such were the conditions in which James Beard Lifetime Achievement Award winner Patrick O’Connell opened his now-famous Inn at Little Washington, today the D.C. area’s lone three-Michelin-star restaurant and the subject of fawning reviews and accolades spanning four decades.

“Two weeks after we opened, the Washington newspapers proclaimed it the best restaurant in a radius of 150 miles of Washington,” O’Connell recalled of the restaurant’s nascent period. “And we have been busy ever since.”

A native of Washington, D.C., O’Connell didn’t originally see himself in the kitchen. He’d studied speech and drama as student at nearby Catholic University, but had always loved cooking, a passion developed through summer line cook and front-of-house restaurant jobs. Next to his university studies, kitchens “seemed as if it were living theater, and much more challenging.”

O’Connell soon quit college to work in a handful of D.C.–area kitchens, but his parents urged him to return. “It was an era when people certainly did not want their children working in restaurants,” O’Connell said. He acquiesced and enrolled at George Washington University, only to find himself out of step yet again. When a professor suggested he take some time off and travel, O’Connell took the leap. A year of ping-ponging around France followed.

There, he fell in love not only with the country’s culinary heritage, but the respect and prestige its most accomplished chefs commanded. Inspiring, too, were the elegant inns he encountered in the countryside—small, family-owned establishments where the proprietor toiled in the kitchen but nonetheless produced soaring cuisine. In a way, they reminded O’Connell of the places he’d encountered on family visits to Washington, Virginia—affectionately known as Little Washington—during his childhood. “We'd have dinner in an old country inn there,” he said. “I loved the idea of going out to the country and having an unusual juxtaposition where you had something very refined in the middle of a very primitive area.”

Upon his return, O’Connell opened a small catering business—”I operated with a wood-burning stove and electric frying pan”—but clients encouraged him to open his own place. The opportunity arose when half of an old garage became available to rent in Little Washington for $200 a month.

At that time, American cuisine meant “meatloaf and fried chicken and the things that people's mothers made at home,” O’Connell said. American fine dining? Forget it. But O’Connell was determined to change hearts and minds. In a 1985 review, the Washington Post cooed over dishes like a timbale of local crab meat enriched with spinach mousse and a sliver of fresh New York foie gras married with Virginia country ham, smoked goose breast, and black-eyed peas. “The Inn is a leisurely luxury, and is developing into a nationally recognized asset to our region,” wrote the Post’s legendary critic Phyllis Richman.

In the intervening years, the Inn at Little Washington has only grown in size and renown. But where other chefs might have been tempted to branch out—into other restaurant concepts, other cities, other cuisines—O’Connell has stayed true to his original vision. “It has been more satisfying for me to devote all of my energies to creating one evolving restaurant, which offers this feeling to our guests of going to someone's home,” he said.

Recognition by the industry has made the Inn’s success even sweeter, O’Connell continued. After five awards from the James Beard Foundation, the Lifetime Achievement Award is especially humbling. “It's an award worth waiting a lifetime for,” he said. 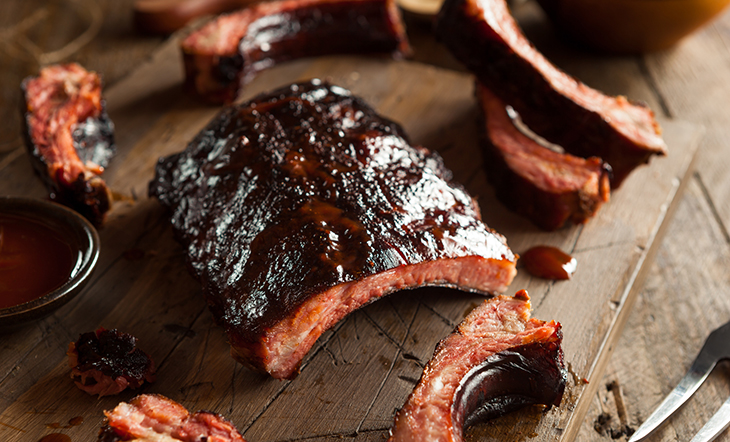