Executive Director, The Come Up Project featuring Ganstas to Growers

The James Beard Foundation’s Leadership Awards spotlight the important and complex realms of sustainability, food justice, and public health. They raise awareness of these timely issues by celebrating the visionaries responsible for creating a healthier, safer, and more equitable and sustainable food system. Below, Rachel Tepper Paley delves into the story of 2020 Leadership honoree Abiodun Henderson in Atlanta

When founder Abiodun Henderson thinks back to the beginning of her nonprofit, Gangstas to Growers, she remembers how a number of participants showed up to the farm plot in less than ideal wardrobe.

“These young people that sell drugs are used to dressing to impress,” recalled Henderson, a 2020 James Beard Leadership Award recipient. Instead of work clothes and t-shirts, many came decked out in designer sneakers and flashy outfits—hardly proper attire for a day spent knee-deep in soil. “Just looking real fly for this farmwork,” she said with a chuckle.

Since 2016 Atlanta’s Gangstas to Growers program has trained previously incarcerated youth, aged 18 to 24, in the art of crop harvesting. Much of the produce goes to SWAG Co-op, a sustainable farming’ organization in Southwest Atlanta, along with other food businesses and restaurants around the city. And much, too, goes into the making of SweetSol, the program’s locally distributed sweet-and-savory hot sauce, packed with lavender, turmeric, muscovado sugar, and fiery habanero and cayenne peppers.

Part of what lures participants in is the payment. At $15 an hour, the wages the nonprofit provides are nearly three times Georgia’s state minimum wage. But the real prize is something less tangible: life skills, and with it, agency.

The seed for Gangtas to Growers was first planted back in in the early 2010s, when Henderson was photographing Occupy the Hood, an Atlanta offshoot of Occupy Wall Street. An encounter with head organizer Malik Rahsaan made a lasting impression. “He was just like, ‘Food first,’” Henderson recollected. “‘Create programs in your neighborhood, don't be trying to sleep in the park. We're not trying to take over public spaces. We just need to create programs in our hood.’”

The notion was radical to Brooklyn-raised Henderson, to whom farming was admittedly an alien concept. But it tapped something deeper in her—ancestral even. “We are a food-insecure nation—especially Black folks,” she said. Enslaved Africans “were brought here for their agricultural knowledge, but because of that trauma we experienced, we’ve kind of gotten further away from that aspect of ourselves, of our lineage, and our history.” Today African-American neighborhoods are “filled with trash food,” she explained, a trend Henderson and her cohorts at Gangstas to Growers are keen to reverse.

In the last four years, Henderson has continued to make tweaks to the program, lengthening the program from three to six months and expanding educational opportunities. Mornings now begin with yoga classes, and many days conclude with mind-expanding seminars from food and diet experts, environmentalists, and criminal justice warriors. Local Black growers are invited to come and share their stories. And classes are offered covering small business skills from budgeting and marketing to branding, pricing, and brokering.

Activism plays an ever-larger role in the curriculum. “We are bringing young people into these rooms that you'll never see the hood in,” Henderson said. The nonprofit world, while usually well-meaning, often doesn’t take into account the voices and real-world needs of the people who pass through Gangstas to Growers, she continued. The only way to fix it? Get the kids into the room.

“That's one of our main roles: to integrate young people into every aspect of this local food movement,” Henderson said. “Their eyes are being opened.” 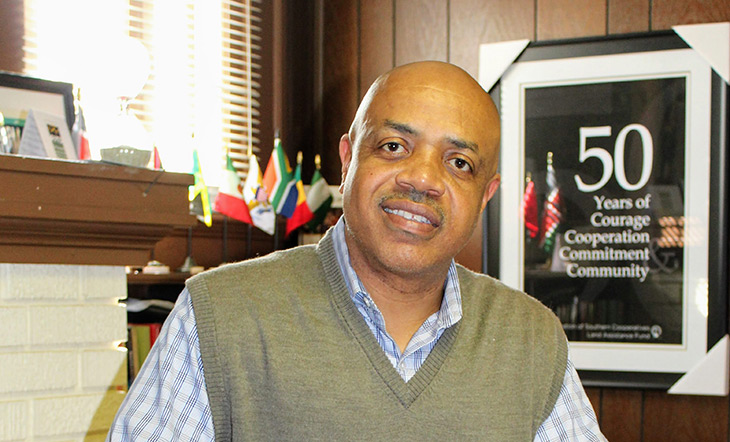