5 Ways to Use Seafood Scraps 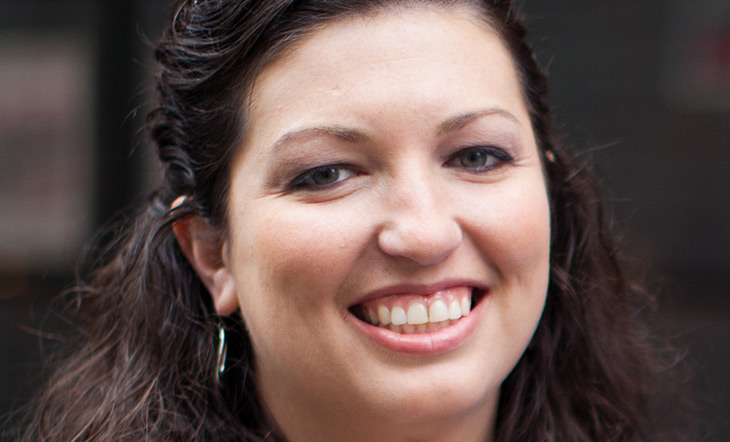 The James Beard Foundation is guided by our mantra of “good food for goodTM,” which encompasses all aspects of the food system, from safe workplaces, to culinary innovation, to the environmental impact of the methods used to grow and catch our food. Below, Naomi Tomky, author of The Pacific Northwest Seafood Cookbook, argues that full-use cooking shouldn't be limited to fruits, veggies, and nose-to-tail meat, and shares tips from chefs for reducing waste when seafood is on the menu.

Fish heads always seem to make their way back to the kitchen at San Diego’s Serēa. Chef JoJo Ruiz serves the fish whole, but despite his hope that diners will dig into the juicy meat of the heads and tails, he admits, “Honestly, not many people do.” Even as nose-to-tail cooking has become commonplace in the meat world and food waste warriors work to make sure ugly vegetables and their trim are all used up, seafood scraps still tend to end up in the compost.

In researching my book, The Pacific Northwest Seafood Cookbook, I watched fishermen toss roe sacks back in the water as they cleaned their salmon, and saw shrimpers pull the heads from their spot prawns before we even docked the boat. But chefs disagree with that mentality. “Just using the center cut is so 1985,” says Ruiz. In the hands of the right cook, and armed with the right recipes, these less-celebrated seafood scraps can transform into menu stars.

Trim it to Win it

“Nothing goes to waste,” says Ruiz, so even if only a carcass remains after breaking the fish down, he’ll scrape the bones to use for tartare or ceviche. It’s not just a cost savings measure: “We get all the flesh that’s right on the bone, which gives it more flavor.” At Ursa Minor on Washington’s Lopez Island, Nick Coffey buys most of his seafood whole, often straight from the fisherman. “I definitely think of it as a creative endeavor, trying to find new ways to utilize and introduce people to those flavors and ingredients.” He grinds up any meat they can’t serve as a fillet or find another place for, then adds koji to ferment it into fish sauce.

More Than One Way to Skin a Salmon

“If you remove the scales but leave the skin, the fish lasts longer,” Ruiz explains. Removing the scales helps eliminate the moisture pockets they hold, keeping the fish fresher and setting you up for a nice crispy skin. Even if you’re doing a skinless prep, you can save all the skin in the freezer to turn into chicharrones (recipe in my book)—basically fish-skin chips with the same satisfying texture as the traditional porky version, but smaller and lighter.

Fish guts might be the world’s least-sexy phrase, but chefs work magic with innards. “We always hope for roe,” says Coffey, but if they end up with salmon milt (sperm) instead, he turns the liver-y gland into a terrine that’s something like a boudin blanc—poached and sliced thin like a mortadella. For smaller fish hearts, like salmon, he’ll toss them on a grill, but in late summer when he gets a wealth of albacore heart, he’ll salt-preserve it to grate over dishes like bottarga, for a topping that is “salty, slightly fishy, and full of umami flavor.”
Aaron Verzosa of Seattle’s Archipelago tapped into the Filipino tradition of using crab fat to season rice and adapted it to the big rich Northwest crabs. “In its simplest form, making this dish comes from snatching a Dungeness crab head before anyone noticed, and using it as a bowl to mix in a couple heaping scoops of hot rice into the fat.” Along with a little garlic, butter, and shallots, the wildly savory, complex flavor of a single crab fuels a meal for many.

Although Ruiz’s diners opt out of eating fish heads, he still uses them himself: “The best part of the fish is the collar and cheeks.” He collects the biggest collars he can find, vacuum seals them with a marinade until he has enough to run as a special (about once a month), and then grills them. He uses any other spare heads or bones to make stock for his bouillabaisse. It’s a common method: in The Pacific Northwest Seafood Cookbook, Celeste Noche and Erlinda Beltran give a recipe for the Filipino sour soup sinigang using salmon heads and carcasses. And Coffey adds his spare parts to a broth that’s almost always on his menu. “We kind of use it as a catch-all.”

“People don’t have experience eating prawn shells,” Coffey notes, “but they are totally edible and delicious.” For smaller prawns, you can just eat them,” but he suggests frying bigger ones into chips. With the spot prawns he brings into the restaurant, he dehydrates the shells into a powder used for seasoning. And while spot prawns don’t last without their heads on, so most fishermen toss them immediately, if you can get live prawns, the flavor the heads give is the key to the miso soup recipe below from Best Chef: Northwest semifinalist Mutsuko Soma, the soba genius behind Seattle’s Kamonegi and Hannyatou.

Learn more about our food waste reduction initiative, Waste Not. 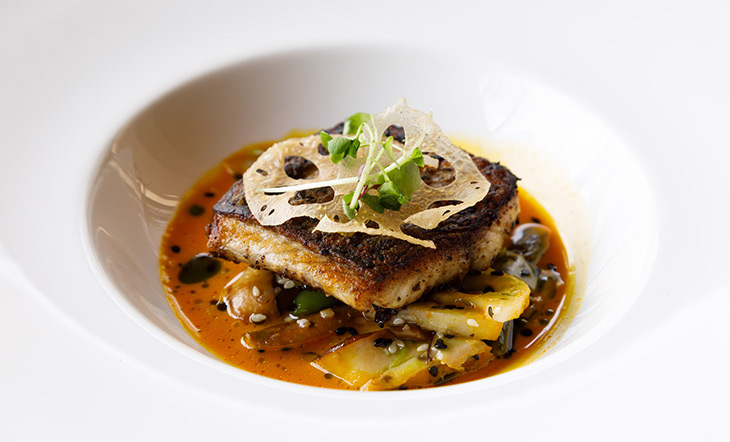