Chefs Fight Food Waste One City at a Time

Last month, JBF partnered with the Natural Resource Defense Council (NRDC) for a day of chef advocacy training to kick off their Nashville pilot program to fight food waste. Responding to Mayor Megan Barry’s new citywide Food Saver Challenge, chefs and restaurateurs from across Music City came together to brainstorm strategies for reducing waste in their businesses, from sourcing to kitchen scraps to dining room leftovers. We spoke with Dana Gunders, NRDC’s senior scientist for food and agriculture programs, to learn more about the pilot’s origins, the ins and outs of municipal food policy, and how chefs bring a lot to the table.

JBF: Why start with a pilot in Nashville?

Dana Gunders: It started with the NRDC’s theory about cities. We believe that cities are particularly motivated players when it comes to reducing food waste, and that’s because they often have problems with waste, they often have food insecurity, and they also often have climate goals. Addressing the waste of food in their city helps to hit all three of those pain points.

We decided on Nashville as one of our pilot cities for a few reasons. It’s a very progressive city, there’s a lot of excitement around food there right now, and yet it’s not New York, Los Angeles, or San Francisco. It’s a very relatable city for others to look at and say, “oh, they did that in Nashville, we can do it here.” It’s a mid-sized city, it’s in the heartland, and it’s not like they’ve been working on this issue for 30 years and already have everything in place. It’s been wonderful so far. It’s taken some time to lay groundwork, but we feel that it’s been a very welcoming city and people are really open to the ideas that we brought.

JBF: Why was it important to work with chefs, and how did the James Beard Foundation play into that?

DG: Chefs have an interesting relationship with food waste, because it’s built into their basic training. On the one hand, it’s part of the general ethos of running a kitchen to do your best to have the least amount of waste possible. But on the other hand, there are the realities of the industry, like when there are tradeoffs in terms of quality, the amount of fresh product they’re serving, portion sizes, and the inevitability of waste that happens from the front of house, which can all add up to a significant amount of waste.

The James Beard Foundation was a fantastic organization to partner with. We both bring really different skills to the table and that worked out really well. I think what made JBF a great partner for this initiative is the brand and the ability to really convene chefs and have them take something seriously. I guarantee most of the chefs in the room had never heard of NRDC, but they certainly knew the Foundation. And Beard is really what brought them there and gave us a venue to talk about this issue. I think we were able to just be our wonky selves and the team from JBF was able to translate it to a constituency we thought was important to engage: chefs.

But as JBF emphasizes, chef voices are powerful and they have a lot of tools at their disposal. So we wanted to have them come and get some contextual and strategic background for their role in this program. The day started off pretty broad and we just got more local and more tactical as we went on. We had someone come in and talk about how things work in Nashville—who the council members are and who you need to talk to if you want to get something done in this city. And then we had the chefs brainstorm on who else they thought should be part of the conversation, and talked to them about the Mayor’s Food Saver Challenge.

JBF: What does the Food Saver Challenge entail, and how does it involve chefs?

DG: It’s actually a program from the city’s mayor, Megan Barry, and it should formally launch later in the spring. It’s designed to help chefs evaluate how much waste they currently have in their restaurants, and then give them tools and suggested practices to help them reduce their waste. The idea is to bring in the chef community to get a little public attention on the topic and reach consumers through the restaurant industry, as well.

JBF: Who are some of the local partners you’re working with? Can you talk about the diversity of stakeholders needed to address this issue?

DG: We’ve been working with the city, and the first real expression of that is the food waste challenge. But we’ve also been involved in what is called the Livable Nashville Initiative, which was formed to generate recommendations to the mayor of environmental goals to focus on—those will be solidified as of Earth Day, but even now we know that there’s a whole waste component for that that we’ve been a big part of developing.

We’ve also been doing some work on food recovery, experimenting with using technology through apps and software. It’s not fully up and running yet, but we’re working on bringing the food recovery app Zero Percent to Nashville. Fundamentally, we’re trying to expand the prepared food rescue that’s happening in the city.

JBF: What do you think of apps like Too Good to Go, which offer consumers the option to buy leftover restaurant food? Does this cut into the opportunity for donation to food insecure families?

DG: I think there’s so much extra food right now that I think it all works, and food donation is not the only way to reach the food insecure. When it comes to food donation, the challenge is all of the logistics involved in transporting that food once, if not several times, just to bring it where you have to go to get it to someone in need. So some of those firms that just provide discounted food onsite can actually lead to fresher food getting to people—some may be low-income, and some may not, but at least the food gets used up. Especially in the case of smaller restaurants and stores, which may not have enough food to really make it worth it for an agency that receives donated food to come and pick it up.

There are plenty of challenges in every aspect of tackling food waste, but the training itself was phenomenal, and there was just a tremendous amount of energy coming out of that. It was just really exciting to see the chefs so motivated and focused and action-oriented, right out of the gate.

Learn more about the NRDC’s city programs on food waste. 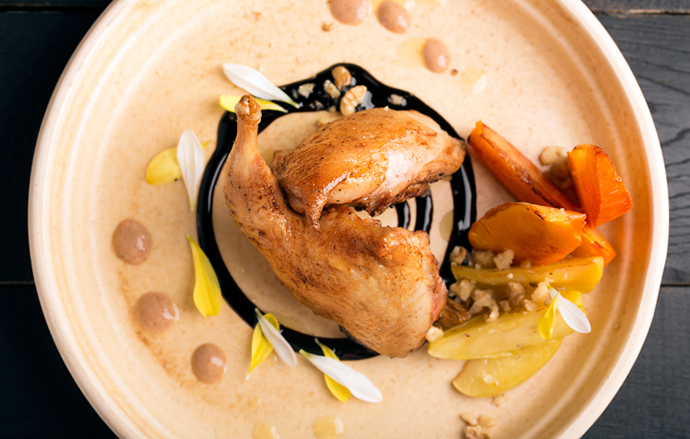