Our industry is in crisis. The COVID-19 pandemic has already permanently shuttered more than one percent of restaurants, forced millions into unemployment, and left chefs, owners, and workers struggling to imagine what the future looks like in the near and long-term. As states re-open and the industry looks to rebuild, we're sharing stories from the front lines of businesses reacting and adapting to this new landscape. Below, Sarah Maiellano reports from Philadelphia, where a group of tight-knit chef/owners are facing the consequences of the pandemic on their businesses, their aspirations, and their community.

Less than two years ago, I wrote about a group of women chefs making waves with restaurants serving the food of their homelands: “Philadelphia’s new sisterhood of chefs…women who lift each other up, collaborate constantly, and earn high praise from diners and critics alike for their cooking.” Their independent restaurants have been drivers of Philly’s food renaissance—and their work was just starting to pay off.

Ange Branca, chef/owner of Sate Kampar, expected 2020 to be a year of accolades, media coverage, hundreds of covers on a busy night, and tourists making a destination of her Malaysian BYOB. She had plans to grow the business and was in talks to appear on a national television program. “This would have been a good year for us,” she says. Between catering gigs and restaurant traffic, Kiki Aranita, chef/owner of Poi Dog, expected a “super crazy busy season” from March to November for her Hawaiian food operation.

On top of local buzz and growing national attention, Branca, Aranita, Judy Ni of Baology, and Resa Mueller of Filipino stand Lalo had been invited to the James Beard House in June to cook a dinner entitled “City of Sisterly Love.”

“It was going to be a highlight and an honor to cook at the Beard House alongside several of my closest friends,” Aranita says. But, the COVID-19 pandemic forced the dinner to be cancelled. (Note: In accordance with state regulations, the James Beard House remains closed.)

Within a few months, three of the four restaurants had closed for good.

Aranita saw the writing on the wall from the beginning. “This is the fourth pandemic that I have been very aware of,” she says. “I grew up in Hong Kong...with swine flu, bird flu, [and] SARS. There were coordinated responses. When I saw that that wasn’t happening here, I started to feel quite a bit of dread.”

Trying to survive, the sisterhood sprang into action. All day long, their phones buzzed with texts from each other about new grants and loan programs. Without kitchens to run, the chefs spent their days applying for funding opportunities—anything that could help pay rent and other bills.

Branca closed Sate Kampar in May when her landlord refused to negotiate a planned rent increase. Lalo closed next. Aranita closed Poi Dog in July and gave away all of the restaurant’s equipment. Of the four chefs set to cook at the Beard House in June, only Ni’s Taiwanese restaurant Baology—which has a strong takeout program—remains.

Philadelphia’s restaurants aren’t unique. An April survey by the James Beard Foundation found that more than 38 percent of restaurants nationwide reported that they had closed temporarily or, potentially, permanently. By July, just 66 percent of owners felt that they would still be open by October.

Businesses owned by women, people of color, and immigrants are being disproportionately impacted by the economic realities of the pandemic, according to a National Bureau of Economic Research report. An “unprecedented” 25 percent drop in the number of women business owners (measured from February to April of this year) could hurt gender equality in the business world and beyond, the report notes.

Aranita worries about the future of American dining. “Independent restaurants…are the ones that will truly add diversity to our country’s food scene. America is really a place that needs that.”

Diana Widjojo, chef-owner of her family’s Hardena/Waroeng Surabaya and another member of the chef sisterhood, believes there is an unspoken, noncommercial value in restaurants like hers. “People discover new things at restaurants, they make memories. It’s important in our culture,” she says. “We’re seldom recognized for how important we are.”

Hardena has had a secret weapon throughout the pandemic: property. The Widjojo family owns the building that houses their Indonesian restaurant. When business dropped by 70 percent during the shutdown, rent wasn’t a concern. Widjojo stayed busy sourcing hard-to-find imported ingredients for Hardena and cooking for hospital workers through Off Their Plate. In July, she started selling a version of the elaborate Indo-Dutch meal called rijsttafel in pizza boxes.

Business is back up and she feels confident about the future: “We’re fortunate to have this building. I feel like we will survive.”

Rent may have been the final blow for Aranita and Branca’s restaurants, but the chefs cite other factors in their decisions to close. Aranita feels that if the government had prioritized small restaurants from the beginning, Poi Dog might have survived. “The lack of coordination and research that went into where [government] money was going is appalling,” she says, mentioning stimulus checks for deceased people and big businesses taking advantage of government programs.

Pandemic aside, “so many things are broken,” Aranita says. “The tipping system is broken, but you can’t change it unless you change people’s mindsets. I don’t know how to do that across a vast country, where you can't even get everybody to wear masks.”

Branca says that Pennsylvania’s antiquated alcohol regulations should shoulder blame for the demise of independent restaurants. The Pennsylvania Liquor Control Board makes it “unaffordable or unattainable” for many independent restaurant owners to get a liquor license, which would boost sales and margins, she says. The state has “in effect, redlined small businesses,” Branca explained. None of the restaurants mentioned in this story have liquor licenses.

Branca isn’t giving up, but says “everything is an ‘if’ today.” However, she’s certain about one thing: “If we ever open another brick-and-mortar location, we’ll have to sell liquor.”

For now, she’s serving her signature dishes at pop-ups and collaborations with other restaurants—a tactic that’s helped the chef sisterhood thrive in the past. Branca and Widjojo have been talking about a pizza box collaboration or a Sate Kampar pop-up at Hardena.

Learn how you can help keep independent food and drink businesses Open for Good. 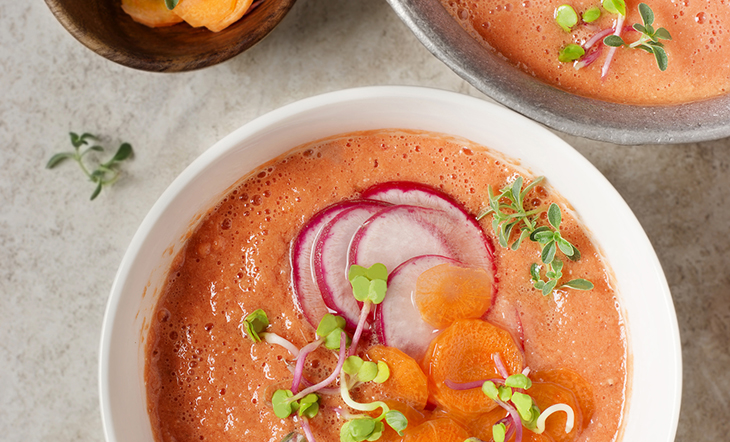