How to Eat Like an Award Winner in Seattle

When I called chef Edouardo Jordan to ask about his favorite Seattle restaurants, he admitted he was in the middle of giving his five-year-old lunch. “I’m doing a bit of multitasking,” he laughed. As one of Seattle’s brightest chefs—Jordan owns Salare, JuneBaby, and Lucinda Grain Bar—he is no stranger to multitasking. And with two James Beard Awards to his name, along with countless local culinary devotees, he clearly does it well.

Jordan is also deeply supportive of his colleagues. Throughout our conversation, he continually highlighted the work of the city’s younger chefs—those offering up creative, thoughtful cuisine filled with passion and soul. So while, like many hardworking chefs (not to mention busy dads), Jordan does not have endless leisure time to explore Seattle’s restaurant scene, he makes an effort to encourage the city’s restaurant community. Here are some of his favorites.

One of my favorite spots is actually next to Salare. It is a family-run sushi restaurant called Wataru. They are great neighbors and offer one of the best omakase experiences in Seattle. You go in and it is the chef’s show—it’s always different, depending on what fish is available. One dish I remember was mackerel smoked over hay and served, barely cooked, over sushi rice. It stood out because the fish was smoked so it felt like it was cooked, but it was technically still raw.

One of my favorite breakfast places is called the Breakfast Club. It’s a small, family-owned place with a mother and daughter running the show. It serves classic diner food—pancakes, corned beef hash, Denver omelets. It is a no-frills kind of place with locals coming in all the time. I enjoy going there when I need some decompression time. You can eat and look at the news, answer emails, and nobody bothers you.

I also love Manolin, which is a wood-fired seafood restaurant with a Pacific Northwest feel. It is a refreshing kind of place—cool, but not overly sophisticated. When I go, I basically order the entire menu, since all the dishes are great for sharing. But I particularly like their ceviche and crudos, their cured fish, and their plantain chips.

For pho, my favorite is Pho Bac, which is run by one of the first families to make pho in Seattle. I always recommend them to people—partly because I’m friendly with the owners and want to support them, but also because they make really good pho. I usually get the one that has beef, tripe, meatballs—a little bit of everything inside.

There is a great hotel restaurant in downtown Seattle called Rider. They work with sustainable seafood and produce and cook over a wood fire. The chef is young and charismatic, and he really cares about what he is doing. I like to start with a platter of oysters and then let the chef decide what comes next. They also have a really great steak. People sometimes forget about or write off hotel restaurants, but this one is worth checking out.

L’Oursin is a great French restaurant started by a young chef who moved from New York to Seattle to open his restaurant and is now fulfilling his dream! It is a great date night spot—quiet and warming with upscale French food [sans] the white tablecloth. And they have a beautiful natural wine selection. I’m not usually a fan of natural wines, but this place convinced me that they can be really good.

I also want to mention Maslow’s, which is a non-profit restaurant run by an organization called FareStart. They give people who have had unfortunate situations in their lives a second chance, training them in the culinary arts and giving them an outlet for work. They also partner with local chefs for guest dinners—I have supported their work for the last four to five years. It is a great organization and [they make] beautiful food.

One last place I can’t forget to mention is Sawyer. The chef makes all sorts of inventive dishes that are often inspired by his favorite street food. He will do things like take an egg McMuffin or kung pao chicken and recreate them with thoughtful, well-curated ingredients. It’s a fun place to hang out and snack your way through the menu.

The James Beard Foundation is cooking up events around the country. See if we're traveling to a city near you!

Leah Koenig is a food writer, author of several cookbooks including Modern Jewish Cooking (Chronicle Books), and cooking instructor living in Brooklyn, NY. Follow her on Instagram at @leah.koenig. 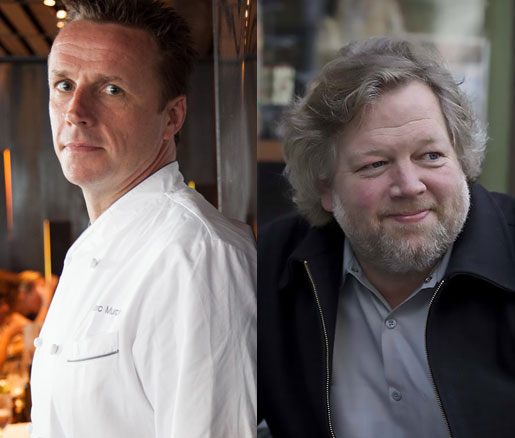