Below, Rachel Tepper Paley explores the journey of Women’s Entrepreneurial Leadership program alum Ping Ho, a music exec–turned-restaurateur who found success in her second act as a key player in Detroit’s growing dining scene. Plus, don't miss out on this dinner celebrating Marrow’s whole-animal butchery and dedication to community, featuring the lauded culinary chops of chef Sarah Welch on August 6th at the Beard House.

Change is afoot in Detroit, the once-mighty auto town that became a parable for 20th-century urban decay. It’s apparent in the city’s West Village neighborhood, an area now experiencing a rebirth thanks to a recent surge of new businesses, residents, and visitors. That’s what lured Ping Ho, the Singapore-born restaurateur behind one of the neighborhood’s brightest spots, Marrow, a combination restaurant and butcher shop, as well as the downtown wine bar the Royce.

“I basically took a big chance and decided to sell everything in New York City and move to Detroit,” Ho said of her 2015 relocation. At the time, she was fresh off a ten-year stretch doing digital strategy and business development in the music industry, a job that Ho didn’t find particularly exciting. She figured it was “now or never” to jumpstart a second career.

“I still remember my ‘aha moment’ with wine,” she recalled. Ho had developed a palate for fine wine in the previous decade, the result of traveling to European markets with senior executives who had expense accounts to burn. “We were in the south of France at some nice restaurant, and my boss put a white burgundy [in front of me]. I had never experienced how sublime chardonnay could be.” At the time, news of Detroit’s still nascent renaissance was beginning to pick up, and Ho saw an opportunity for an exciting second act: opening a wine bar and bottle shop.

“I could never have done this in other cities—to have this much space and been able to get into the market without a lot of experience and capital,” she said. Plus, “in Michigan, the [zoning] laws to allow for retail and bar combined,” something impossible elsewhere in the country.

The gamble paid off, and Ho was relieved to discover that the Royce filled a much-needed niche in downtown Detroit. The operation, which opened in 2017, features a wine selection much broader than that of most other shops in the city, she said, with more than 500 different types of wines and an emphasis on small-batch, organic, biodynamic, and low intervention techniques. Happy with The Royce’s success, Ho figured she was one-and-done when it came to restaurant ownership. Then she saw another opening in the Detroit dining scene.

“I couldn't help but notice that there are so few options to shop for food,” Ho said. Beyond a single Whole Foods in the city’s urban center, a smattering of small speciality markets, and the seasonal, weekends-only outdoor Eastern Market, Ho said, day-to-day grocery shopping options were fairly limited for those seeking exceptional ingredients.

“Growing up in Singapore, I was very accustomed to [seeing] my grandmother shop at the local wet market,” she said. “She knew the people she was buying meat, fish, and vegetables from. Those were one-on-one relationships. I was always inspired by that.”

Also notably absent from the scene was a high-end butcher shop. Buoyed by the fact that Detroit is surrounded by farmland that produces high-quality meats, Ho started laying the groundwork with local farmers to develop Marrow, a restaurant and butchery. The hybrid concept opened in October of last year, and business has been go-go-go ever since.

“It's pretty incredible, just seeing an idea that I had come to life,” Ho said. In late 2018, Eater.com named the less than three-month-old concept Detroit’s best new restaurant for its annual awards, and both facets of the property have proved consistently popular. The butchery side offers cuts of local Michigan pork, beef, and lamb, all broken down from whole animals and aged in-house. The butchery also stuffs its own sausages, smokes its own ham and bacon, and prepares various homemade broths. Plus there’s the Meat Club, which for $75 gets subscribers a bag of top-quality meats every month.

Meanwhile, over on the restaurant side, the menu is meat-centric without being wholly defined by it. A wealth of rotating charcuterie options share space with vegetable-forward offerings like a crispy farro salad with local maitake mushrooms and sunflower vinaigrette. Meatier dishes included the ruby-hued house beef tartare, dressed with a black garlic purée and golden yolk curd, and (of course) the roasted marrow bone with caramelized onion jam.

Ho said she especially loves the West Village neighborhood that is Marrow’s home. “It’s not like Downtown or Midtown with quite a few other restaurants within walking distance,” she admitted, but “the mayor has said that he wants to make it a 20-minute walkable neighborhood.” In some respects, the scene’s nascency has even proven to be plus: in the absence of decades-old chef and restaurateur hierarchies, it’s arguably been easier for Ho to break in as a woman.

“It's definitely a less crowded field,” Ho said, which, combined with the city’s longstanding entrepreneurial and startup spirit, has helped women to thrive here. “There's a strong network of female business owners—small but strong—and I think we support each other a lot,” she continued. To that end, the majority of her properties’ staff, including core management, is female.

“Detroit is, by nature—because of the history of the city, and what we had to go through—used to the hustle and appreciates it,” Ho said. “I'm part of this new wave of investment that has come into the city, making a living and creating jobs through both the Royce and through Marrow,” she continued. “Detroiters, I think, appreciate that positive change.” 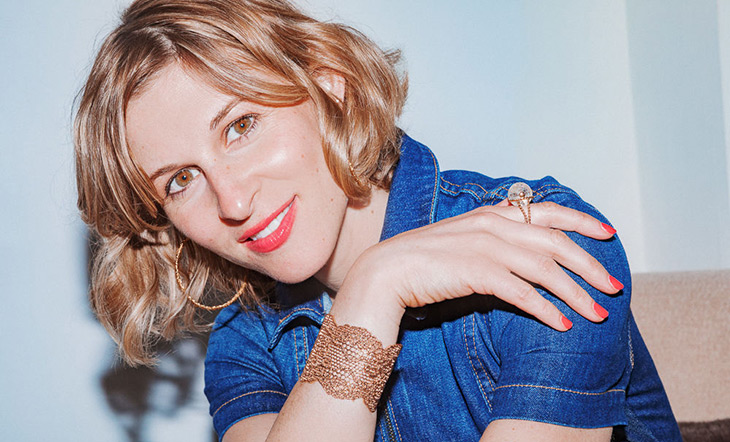 Why You Need to Write Your Own Rules