Lessons I Learned Outside of the Classroom

Below, WEL fellow and James Beard Award winner Kelly Fields recounts her path to entrepreneurship, and the crucial lessons she learned outside of culinary school.

I got into cooking professionally when a friend’s parents, who owned a bakery, needed help. I stepped into that kitchen, fell in love with it, and never looked back.

I eventually got a job at James Beard Award winner Susan Spicer’s Spice, Inc., a bakery and specialty shop that also had a bread program—in other words, everything I was eager to learn more about. I thought I knew a bit about the culinary world, but when I stepped into her kitchen, I realized I knew nothing. I was in way over my head, trying to make pastry cream and asking myself, “What is pastry cream? I don’t don’t know, but I told this woman I know what it is, so I’m gonna ask her how she wants it done.” I’d go home and write in my notebook everything I’d learned that day. Working there, I realized that cooking was an actual career choice someone could make.

My grandmother Willa Jean, my restaurant’s namesake, said that I needed to graduate from a college of some sort. So, with some money from my grandmother, loans, and a few scholarships, I went back to my hometown of Charleston, South Carolina and attended Johnson & Wales’s two-year pastry program. I graduated and moved right back to New Orleans.

As a side note—my advice to anyone considering culinary school (and what I wish I’d done) is to take out a loan for half the cost of tuition, or work to save that amount of money. Then find a chef or entrepreneur that you want to emulate, volunteer to work for them for free, and live off the money you would’ve spent on school. It’ll be ten times the education you’d get in class.

I returned to New Orleans in 2002 and walked into Restaurant August just two hours after the pastry chef had given his notice, though I didn’t know that at the time. I was hired on a handshake, and I was in over my head again, with an impostor syndrome that I haven’t yet fully overcome—but I worked very hard and studied, consuming book after book. I also wasn’t afraid to try new things or to fail at them.

In 2005, Hurricane Katrina hit. My house was literally underwater, and it was clear that a fine-dining pastry chef was about the last thing the city needed, so I left. Fortunately, I had a good savings account—while working at August, I’d only taken off about six days in three-and-a-half years.

After leaving New Orleans, I spent a year cooking in Asheville, North Carolina. I then traveled and cooked in Europe, the Middle East, Egypt, and New Zealand, learning and absorbing as much as I could. I lived in San Francisco, working as the pastry sous chef under Shuna Lydon at Embarcadero. Shuna had the resume I’d always wanted—Citizen Cake, French Laundry, Gramercy Tavern.

She kicked my butt daily. It was the hardest job I’d ever had, but it was amazing. I’d started to see how weak I was as a leader, and realized I needed to know what it was like be an employee before I tried leading people again.

In 2010, I returned to August as the executive pastry chef, and very quickly became the corporate pastry chef of the whole restaurant group; at one point I had 19 active dessert menus in 19 different restaurants. The next step was for me to open my own place, Willa Jean. I started with defining the concept, then finding the space, waiting for the build-out on the site of a former parking lot, and finally getting it open. It’s been running strong for more than three years.

When I first started at August, I was managing two people right away, having learned nothing about management in culinary school. If you want to understand how the industry got into some of the problems it has today, let’s talk about that. I was in a position of power before I understood the definition of power, but I couldn’t act like I didn’t belong there. I hadn’t learned the difference between confidence and cockiness. This was a competitive, territorial time to be cooking professionally in New Orleans, with a scarcity of good jobs, and it created this swirl of unhealthy energy. I think that’s what a lot of young chefs deal with, or have dealt with in the past, and I’m very committed to changing that for the future.

It sounds cliché, but being a part of the Women’s Entrepreneurial Leadership program was life changing, professionally and personally. We made such strong connections with all the women in the group, and even now we engage with each other in some capacity every day—bounce ideas off each other, visit each other, even cook together like Ann [Marshall] and I did at the Beard House for the Audi #DriveProgress Dinner Series. We got to come to New York City and present a meal that was all about being exactly who we are and showing what we do as women business owners in the industry.

I employ 115 people now at Willa Jean, and I have to be invested in their well-being. Substance abuse, mental health issues—these are things we’ve all encountered in this business, either personally or with our colleagues and employees. We have an Employee Assistance Program in place. If an employee at Willa Jean is having trouble, they can get a referral, and get at least eight free sessions with a therapist, counselor, or addiction specialist.

I also think it’s really important that women start owning their spaces, fighting for what they believe in, and understanding the steps to success. In 2017, I started the Yes Ma’am Foundation, with the goal of investing in, promoting, and making resources available to women in the hospitality business in the South. I’ve tried to create a place for empowerment, fairness, mentorship, and leadership that teaches people how to be great bosses and great leaders, no matter where they are in the team.

Kelly Fields is the chef/partner of Willa Jean in New Orleans. Fields was nominated for a James Beard Award for Outstanding Pastry Chef in 2017 and 2018, and took home the award in 2019. Learn more at chefkellyfields.com. 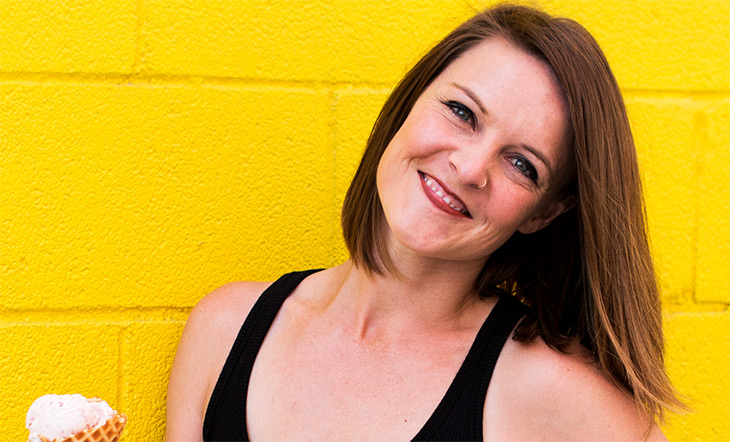 What a 100-Mile Race Taught Me About Owning a Business