For decades, cooking at the James Beard House has been an aspiration for many chefs and is considered a career milestone. In 2021, we launched the Beard House Fellows program, presented by Capital One, which re-envisioned the potential of this historic space into a hub of training and professional development for talented emerging chefs.

Featuring alums of Careers Through Culinary Arts (C-Cap) partnered schools, each Fellow will have a ten-week residency at the Beard House, and will receive training in financial and legal matters, public relations, policy and advocacy, social media, and more. Fellows will also develop a Beard Box meal kit in collaboration with Great Performances, available for purchase across the continental U.S., which also includes a special gift for Capital One cardholders.

At the end of their residency, the Fellows will collaborate on a dinner at the James Beard House.

Sign up for the waitlist to get your Beard Box and other Beard House-related news.

Jacob Trinh always loved to eat, but it was only by happenstance that he discovered his passion for the culinary industry. After enrolling in the culinary program at Delaware County Technical High School, Aston, Jacob fell in love with cooking, and knew this was going to be his future. After a stint selling his XO sauce via Kampar Kitchen, the Philadelphia native now works as executive chef at Caphe Roasters, where he draws inspiration from his Vietnamese heritage to create a menu complementing the Vietnamese Korean coffees and teas on offer. Jacob also volunteers with C-CAP, the People’s Kitchen, and Caphe Roaster’s sister organization, 12PLUS, where he provides stages to students with an interest in culinary education.

According to Olushola Wadley, food isn’t just her career – it’s “the great love of [her] life.” Olushola remembers her mother encouraging her to try all kinds of new foods and cuisines, from curry chicken with rice in her home kitchen, to sushi and Chinese roast duck at restaurants around New York City. After her mother’s passing, Olushola decided to pursue cooking as a livelihood, training in high school and eventually earning a scholarship to attend the Culinary Institute of America. Today, Olushola works for Red Rabbit, a Harlem-based, Black-owned school food social justice organization, where she provides nutritious and culturally reflective meals to students in private and charter schools in the tri-state area.

Shi Lin Wong cites her father as the inspiration behind her career. As a child she watched him pursue multiple types of job in the industry, from being a fishmonger to working as a server at Nobu and Morimoto, to owning his own restaurant. During her time at Food & Finance High School, Shi Lin participated in C-CAP's cooking competition and won a scholarship that allowed her to attend New York City College of Technology for her bachelor’s degree in hospitality and management. After graduating, Shi Lin worked in the kitchen at Gramercy Tavern, and spent part of the pandemic working at Kopitiam while hosting cooking & gaming streams on Twitch, a live-streaming platform, where she raised money for the charity Games for Love. Today, Shi Lin works as a line cook at Chambers, she's now focused on using food and cooking to dig into Malaysian cuisine, and hopes one day to open her own place to showcase her heritage.

Sign up for the waitlist to get more information about our Fellows and their upcoming Beard Boxes and dinner at the James Beard House.

Learn more about the Beard House Fellows program, presented by Capital One. 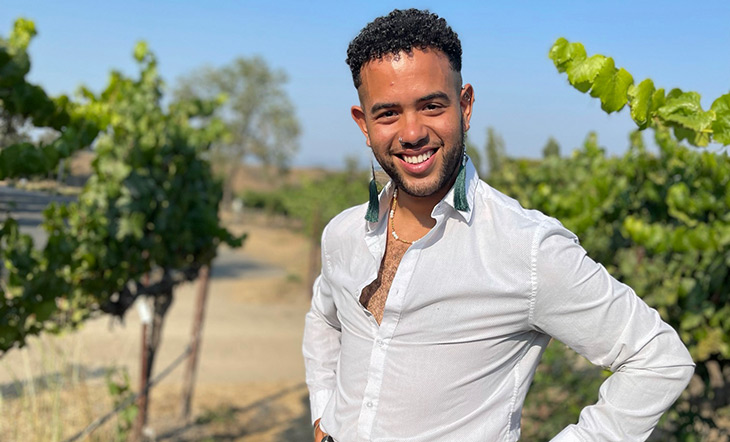 This Beard House Fellow Wants to Create Community in Wine