The Shifting Currents of Sustainable Seafood

The James Beard Foundation is guided by our mantra of “good food for goodTM,” which encompasses all aspects of the food system, from safe workplaces, to culinary innovation, to the environmental impact of the methods used to grow and catch our food. Below, the seafood experts at Postelsia (who guide our Smart Catch participants) explore the impact of Monterey Bay Aquarium's Seafood Watch rankings, and how they help to power sustainable seafood recommendations at Beard Foundation events and for home cooks and diners.

Perched seaside along the central coast of California is the Monterey Bay Aquarium (MBA), considered one of the best aquariums in the world. MBA seeks to “inspire conservation of the oceans” by connecting visitors with the marvels of Monterey Bay’s wildlife. MBA created the Seafood Watch program to inform the purchasing decisions of consumers, chefs, and businesses. The program, which plays an important role in the North American marketplace, researches and evaluates the sustainability of fisheries and aquaculture operations worldwide (locally, regionally, or on a country basis) using standards that have been developed with global experts. Since the program’s inception 20 years ago, it has made over 1,200 recommendations on 350 species and is considered America’s leading sustainable seafood consumer information guide.

Setting the Bar for Sustainability

The Seafood Watch science team creates assessment reports based on the species, country of origin, and the fishing gear type and/or farming method. The team gathers the latest scientific information on conservation issues associated with the producer in question, as well as data provided by producers themselves (if available), and then consults with experts to determine the scoring of each of the criteria they evaluate. For fisheries, there are 4 major criteria (Figure 1) and for aquaculture there are 10 (Figure 2).

The final ratings, a function of the final numeric score and a set of decision rules outlined in Seafood Watch standards, are complex, and at times contentious. The process can take over a year from start to finish, but it’s one of the reasons these ratings are seen as credible. The ratings are broken down into three categories: green (“best choice”), yellow (“good alternative”), and red (“avoid”):

The Seafood Watch ratings hold substantial market power and a rating upgrade from a red “avoid” to a yellow “good alternative” or a green “best choice” can help drive change by influencing purchasing decisions and creating greater economic opportunities for producers.

It is important to recognize how dynamic the seafood industry is, given how closely it interacts with the wild environment. Seafood Watch ratings represent the latest in conservation science, with program reports revised every 3 years and standards every 5 years.

The Seafood Watch program's origins were mainly due to concerns about tuna and swordfish fishing, as well as salmon and shrimp aquaculture, and in the early days of the program, those species were almost always rated red. Today, the industry has improved, and the Seafood Watch standards can now recognize the producers that are truly doing it better. Today there are green options in all categories, and more yellow options than ever before.

Farmed Atlantic salmon, for example, has traditionally always been red due to issues associated with using wild fish as feed, disease transfer to young salmon, use of chemicals, escapes, pollution impacts, and more. However, industry progress on these issues means that there are now more yellow- and green-rated farmed salmon recommendations than red. The first “green” farmed salmon came from a New Zealand system that farms Chinook salmon with minimal impacts, and more recently, there was a green rating for one salmon farm in Norway that was based on an individual assessment of that operation, despite the country assessment being red. These results indicate that good performance is out there, and Seafood Watch is uniquely positioned to recognize it.

Unfortunately, fisheries and aquaculture operations do not always climb up the sustainability ladder, as evidenced by some green-rated species ending up rated red after updates. This can happen for a number of reasons, including changes in the environment, management regimes proving ineffective, or even shifts in the population status of bycatch species.

For example, the Florida stone crab fishery, where crabs are harvested only for their claws, experienced a rating change from “best choice” (green) to “avoid” (red) due to concerns about overfishing and mortality associated with declawing. The Caribbean spiny lobster also saw a declining rating, despite the fact that the Brazilian fishery has regulations that mandate a minimum legal size and restrict fishing to six months out of the year. However, the fishery became heavily overfished—including having high rates of “illegal,” “unregulated,” and “unreported” (IUU) fishing—which puts the species at significant risk and ultimately resulted in the lowered rating.

This highlights a key challenge created by this rating system: “green” products can carry greater value, and thus could end up with higher consumption pressure. It is crucial that fisheries and aquaculture regulations are structured to respond to increased demand. Part of the value of the Seafood Watch program is its ability to capture these changes as it updates assessments.

The Seafood Watch program started its work with consumers and has since expanded to support seafood businesses in their efforts to commitment to sustainable seafood. They have established themselves as the key barometer for sustainability, and one that consumers can trust, given their strong dedication to marine conservation. It’s one of the many reasons the James Beard Foundation is proud to use their recommendations as part of our Smart Catch program.

If you have questions or would like support in finding new species for your menu, don’t hesitate to reach out to the Smart Catch team at smartcatch@jamesbeard.org. 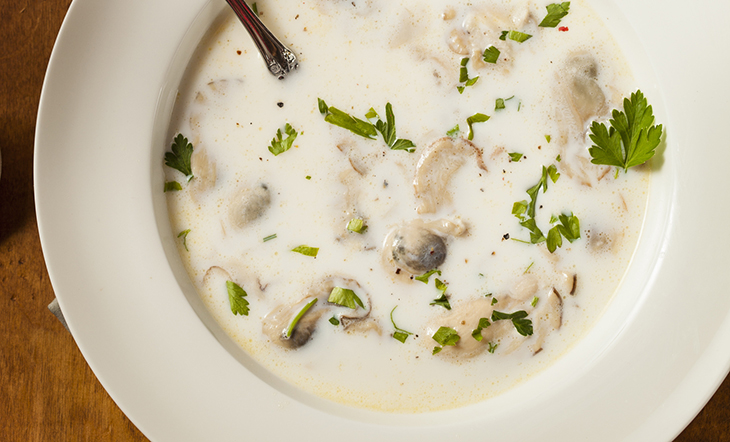