These 16 Chefs are Fighting for a Better Food System

On September 9, sixteen chefs from across the nation will gather at Shelburne Farms in Burlington, Vermont for the sixteenth James Beard Foundation Chefs Boot Camp for Policy and Change. Hailing from all walks of life and from Alabama to Arizona, this cadre of changemakers will convene to learn effective advocacy skills and explore their potential power for creating progress in their communities. Learn more about our latest cohort of chef-advocates below.

Born in Los Angeles to a multi-cultural family, Nyesha Arrington was introduced to diverse foods such as bulgogi and homemade kimchi early. By integrating flavors and techniques from around the world, she has created a style that is personal and unparalleled. Her résumé includes work with Joël Robuchon at L'Atelier and the Mansion, as well as runs on Top Chef and the Food Network’s Chef Hunter. Arrington advocates using farm-fresh, locally, and responsibly sourced ingredients.

Since making Raleigh her home, Ashley Christensen has sought to foster community through food, philanthropy, and the stimulation of the city’s downtown neighborhood. After working in some of the Triangle’s top kitchens, Ashley opened Poole’s Diner in 2007, offering an evolving menu of reimagined comfort-food classics. Christensen has since built a small empire of Raleigh hot spots, published a cookbook, won the 2014 James Beard Award for Best Chef: Southeast, and become a powerful force in the preservation and progression of Southern cuisine.

Even though Howard Conyers didn’t know what engineering was until eleventh grade, he was still one of only 32 students nationwide awarded the prestigious USDA/1890 scholarship to study Bioenvironmental Engineering at North Carolina A&T State University, where he graduated with perfect 4.0 GPA. He later earned his M.S. and Ph.D. in Mechanical Engineering from Duke University with a specialty in Aeroelasticity. When he’s not testing rocket engines for NASA, Conyers can be found cooking award–winning whole-hog barbecue.

Seasonal. Local. Creative. These words define the passion that guides executive chef Santana Diaz. Diaz’s vision has always been to bring a true farm-to-fork, restaurant-style culinary experience to every food venue he has the privilege to lead. His experience with fine-dining restaurants, hotel management, and sports and entertainment venues have yielded Diaz the opportunity to bring the high-volume “eats” to a healthier platform while not losing most important aspect of the meal: flavor.

Lisa Donovan has been the pastry chef in some of the finest kitchens in the South, including City House, Margot Café and Bar, and Husk. Her intimate Buttermilk Road dinner series has evolved into a way for Donovan and her team to feature her writing, recipes, baking classes, special events, and the Bakeshop at Buttermilk Road, their online bakery. As a writer, Lisa has been featured in many prestigious publications, contributed to bestselling cookbooks, and earned the 2018 James Beard Award for Personal Essay.

A born-and-raised Floridian, Kristen Essig is the chef/owner of Coquette. After graduating from the Johnson & Wales Culinary School, Essig worked under James Beard Award–winning chefs Frank Lee and Louis Osteen in Charleston, South Carolina. Essig then moved to New Orleans, where she worked with JBF Award winners Emeril Lagasse and Anne Kearney. After a stint as a sought-after private chef, Essig returned to restaurant kitchens in 2013. Essig joined the Coquette family in 2016 as a co-chef and partner.

After years studying medicine and working in development and fundraising, Kristen Hall was inspired to start two different businesses: running the Nest, a much-needed event space for small groups in Birmingham, and whipping up baked goods with her daughters as the “Baking Bandits.” In 2015, Hall opened Feast & Forest with chef Victor King, which recently transitioned to a new all-day café and restaurant, the Essential.

Sarah Hymanson is a Chicago native and an Oberlin College graduate. In New York, Sarah worked at Applewood, Blue Hill, and Blue Hill at Stone Barns. After opening the New York outpost of Mission Chinese with Danny Bowien, she joined Sara Kramer at Glasserie in Brooklyn. In 2015, after moving to Los Angeles, the duo opened Madcapra, a produce-driven falafel shop. In 2016, they opened their full-service restaurant, Kismet, highlighting vegetable-forward, Middle Eastern-ish cooking.

Whether it was Sunday suppers at his grandmother’s or holiday meals, food was the focal point of Edouardo Jordan’s family. A graduate of Le Cordon Bleu in Orlando, Jordan honed his craft in world-renowned kitchens like the French Laundry and Per Se before heading out west to Seattle. In 2015, he opened his first solo venture, Salare, followed by Junebaby in 2017. In 2018, Jordan nabbed twin James Beard awards: Best Chef: Northwest for Salare, and and Best New Restaurant for JuneBaby.

A native of England, James MacPherson has 22 years of experience in kitchens in Europe and North America. After two decades working at fine-dining hotels, inns, restaurants, and as a private chef and caterer, MacPherson signed on to be the chef at Richmond Elementary School to pursue his vision of better school nutrition and education.

Tony Maws is a non-traditional chef—an “idealist with a kitchen” might be a more appropriate job description. The 2011 James Beard Best Chef Northeast award winner’s belief that local, seasonal, and sustainable ingredients are intrinsically better—and that these ingredients are what make great food—drives the delectable cuisine at his Boston-area restaurants. His interests include the Red Sox, reading cookbooks for pleasure, skiing, eating Chinese food, and traveling—particularly to France.

Born in Los Angeles, where the food is as diverse as the city’s culture, chef and visionary Jeff Osaka has always been fascinated by the restaurant industry. Although he didn’t step behind his first professional stove until the age of 28, Jeff has cooked alongside some of the best chefs on the west coast—and garnered praise from critics and peers alike for his own indelible contributions to the culinary world.

Although her restaurants cover the spectrum of regional Spanish gastronomy, Alex Raij claims that her first point of reference is her Argentinian family. Her professional foray into Spanish cuisine began at Meigas restaurant, where she  met her husband. The pair went on to open the celebrated El Quinto Pino, Txikito, and La Vara restaurants, which have earned her semifinalist nods for Best Chef: New York City annually since 2013.

Seven years ago, Sasha Rajagopalan got really thirsty. But everywhere she looked she was faced with the same problem: drinks, juices, and smoothies filled with artificial ingredients and excessive sugar. Realizing the need for a healthy and tasty alternative, she came up with 24 Carrots. In 2007 Rajagopalan’s best friend and cousin, Shyam, joined up, bringing a wealth of business intuition and a very discerning palate. 24 Carrots celebrated its opening in 2008, and Sasha hasn’t been thirsty since.

Martin Rios, a native of Guadalajara, started in the restaurant business as a teenage dishwasher, eventually working his way up to executive chef at several restaurants and hotels. Restaurant Martin is the embodiment of Rios’s 20-year dream to create the perfect balance of refinement and comfort, in which both locals and visitors can enjoy the progressive American cuisine that has earned him multiple James Beard Award semifinalist and nominee nods.

Kate Williams
Lady of the House, Detroit
A leading luminary of the Detroit dining scene, Kate Williams made big news when she struck out on her own with Lady of the House. The buzzed-about eatery in historic Corktown pulls from both present and past, featuring waste-reducing cooking, Williams’s signature nose-to-tail approach, and gastronomic influences from her Irish heritage. 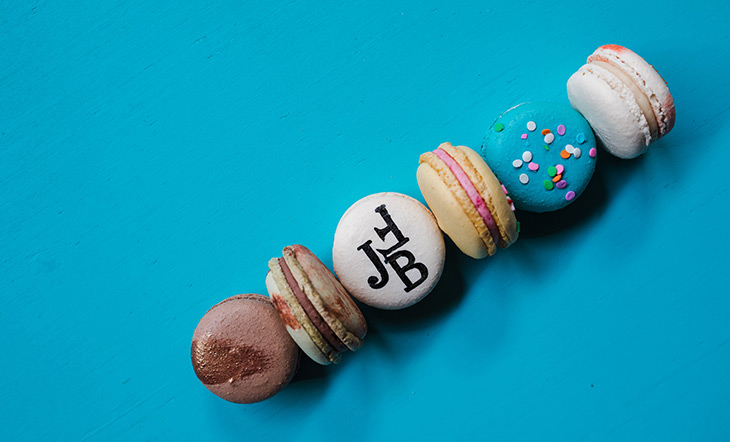