From stir-fry to space food to sugar cereal 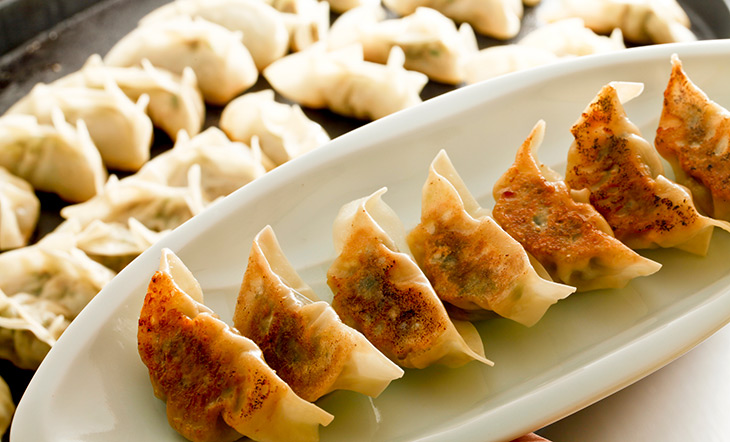 The COVID-19 pandemic has been devastating to working women across the United States. According to NPR, 2 million women left the workforce in 2020, with majority-women industries like hospitality seeing dramatic losses.

The James Beard Foundation is committed to celebrating and supporting women across the food and beverage industry by providing the tools, resources, and networks to ensure that there are more businesses owned by women; more financial investment in those businesses; and more women in leadership.

This March–a year into the pandemic—it seems even more important to highlight the talent, tenacity, and imagination of women adapting and innovating as this industry looks to rebuild. Check out our upcoming virtual events and tune into our Instagram for more on the dynamic women shaping what we eat, drink, and talk about.

It’s just as important to acknowledge the past as it is to look towards the future. For Women’s History Month, we’re shining a light on women who have left indelible marks on our edible culture. Read on for groundbreaking cookbook authors, flavor scientists, and more.

The first person to turn America’s amber waves of grain into a published collection of recipes is believed to be Amelia Simmons, “an orphan and woman of modest means” from Hartford, Connecticut. Simmons’s American Cookery, released in 1796, was also the first American cookbook to feature the word “cookie” (spelled “cooky”), and many of its recipes used corn as a central ingredient. It was so popular that it stayed in print for 35 years, and was designated by the Library of Congress as a “Book that Shaped America.”

Next time you’re craving soup dumplings and scallion pancakes, consider saying thanks to Buwei Yang Chao, whose 1945 cookbook How to Cook and Eat in Chinese introduced the American public to Chinese cooking techniques and recipes. A trained physician, Chao moved to Cambridge, Massachusetts to practice medicine with her linguist husband, Yuen Ren Chao in 1938. She often accompanied her husband on his research trips across China and the United States, collecting recipes and cooking methods from Chinese natives and expats in between Yuen Ren’s interviews. That knowledge was then compiled and translated (with help from Yuen Ren and their daughter, Rulan) into How to Cook and Eat in Chinese, which gave us now-familiar terms like “pot sticker,” and “stir-fry.”

John Harvey Kellogg and his brother Will get all the credit for cereal being a part of a balanced breakfast, but we have Pam Low to thank for introducing us to Cap’n Crunch. Low, a professional “flavorist” with a degree in microbiology, was tasked with creating the “flavor coating” of a new cereal while working at the Arthur D. Little research firm in Cambridge, Massachusetts. Low credited her grandmother for the inspiration—Cap’n Crunch is meant to evoke the flavors of the butter–brown sugar sauce her Grammy Low would serve over rice on Sundays during Pam’s childhood. Turns out that combination was irresistible: the cereal launched in 1963, and soon became the number-two seller behind Frosted Flakes. While the captain may have sailed to farther shores (I’m looking at you, crunch berries), Low’s original recipe still coats the classic iteration on supermarket shelves.

A follower of César Chávez and prominent member of the United Farmworkers of America (UFW) union, Jessie Lopez de la Cruz was one of the union’s first female organizers, advocating for the rights of agricultural workers in California and across the U.S. De la Cruz became a farmworker when she was five years old, and spent decades in the fields before she met Chávez and was inspired to start organizing in 1965. She would go on to manage the UFW’s hiring hall, helped ban the short-handle hoe, became a delegate to the Democratic National Convention, testified before the U.S. Senate, and pushed back against union opposition to expand leadership opportunities for women.

During the space race of the 1960s, NASA called on Stouffer’s to flex its frozen food muscles and develop meals for the Apollo 11 astronauts. The company’s test kitchen was staffed by a host of home economists, but although the official NASA and Stouffer’s press materials focused on manager of research and development Doris Davis Centini, the space-bound crew would have gone hungry if not for the efforts of women like Sara Thompson and Julie Stewart. Thompson worked on the science side of food production as a quality control supervisor, evaluating all packaging and food for any potential toxins or bacterial growth and ensuring all products met NASA’s, Stouffer’s, and the FDA’s standards. Stewart worked her way up from Stouffer’s shipping department to become an aide to Centini in the test kitchen, where she designed recipes, enforced FDA regulations, styled and photographed, and more. Stewart’s recipe for Salisbury Stroganoff was chosen for the Apollo 11 astronauts.

Register for our upcoming webinar “Know Your Black History: Vegan Edition” featuring an all-women lineup of vegan chefs and authors.

Check out the recordings for our webinars celebrating Black women in beverage and Indigenous women in the food system.

Stay tuned to our Instagram for more women-led conversations and demonstrations! 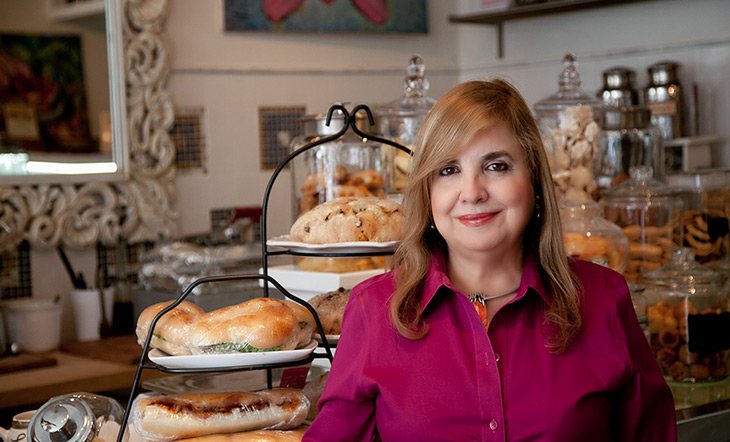