This Company Thinks Ugly is the Future of Food

One evening at our last Chefs Boot Camp for Policy and Change in Atlanta, the chefs walked into the Serenbe kitchen to find a table piled high with eggplants, radishes, broccoli, and more. They soon learned that this vibrant bounty was actually “ugly produce” rescued by Hungry Harvest, a Mid-Atlantic–based food recovery organization that rescues produce from the landfill, and turns it into boxes for consumers to have delivered on a weekly or biweekly basis. The chefs were challenged to fight food waste by using the contents in their collaborative dinner, revealing that judging a vegetable by its cover can mean adding to our food waste burden and missing out on a delicious meal. We spoke to CEO Evan Lutz and director of partnerships Stacy Carroll about Hungry Harvest’s mission, tackling food insecurity, and how the average person can help reduce food waste by changing their shopping habits.

JBF: Starting with the basics: what qualifies something as ugly produce and what typically happens to it?

Evan Lutz: There’s a big misconception about ugly produce. It’s not always necessarily ugly; in fact, most of the time it’s hard to tell the difference between something that’s ugly and designated to go to waste and something that you’d see in a grocery store. For example, we’ve seen cucumbers that are the wrong shade of green, broccoli heads where the stems are cut too short, oranges that have scarring on the outside, but you open them up and they’re perfectly good inside. And sometimes we’ll get product that doesn’t even have any type of imperfection, but there’s just something wrong in the supply chain. There’s so much capital and energy and effort that goes into harvesting our food. It’s a resource, and it shouldn’t be taken lightly.

Stacy Carroll: We pay for every piece of produce that we pick up because we want to make sure that farmers are getting a return. When things are left in the field, it’s not just that they go into the landfill or towards animal feed—farmers who are already struggling to feed their families and their communities miss out on that paycheck. We’re offering them this additional revenue stream for a fair price for their great crop.

JBF: Do you have any tips for consumers about changing their attitudes toward produce and their expectations of what it should look like when they go to the grocery store?

EL: I always like to tell people to actively pick out the “ugly” stuff first when they’re shopping. That way the consumers coming after them can pick out the rest and there’s less waste in the stream. You really shouldn’t be turned off if there’s a blemish, scar, or bruise. People should be judging their food on how it tastes, not how it looks.

JBF: In the winter Hungry Harvest sources from farms from warmer regions. How did you make the decision to prioritize reducing waste over local sourcing?

EL: Our mission is to fight food waste and hunger. The food system is broken right now: there are 6 billion pounds of produce getting thrown away or left in the fields while millions of Americans are food-insecure. And unfortunately, there’s waste that’s happening all over the country, it’s not just in this region. So during the non-growing season in the Mid-Atlantic, we choose to still support small- to medium-sized farmers—they’re just a little bit farther south where things grow year-round. We see it as still trying to solve food waste, even if it’s not local.

SC: A lot of these farmers are already sending food directly to this area. Often a lot of the things that we’re picking up, are shipped in shared trucks with other companies orders. We speak directly with truck drivers and farmers who sometimes ask us to help them out when an order falls through or is rejected.[EN2] So often we’re not adding any additional carbon footprint or waste because the food has got to go somewhere and often it’s already coming this way.

JBF: What do you do to manage the size of your carbon footprint, considering that you are thinking about waste and environmental impact in general?

EL: Each box that we sell, on average, prevents around seven pounds of greenhouse gasses from going into the atmosphere. We came to that number based on some calculations of how much gas produce puts into atmosphere when it’s gone into the landfill.

We also use a really efficient delivery model. We use independent contractors who take boxes and have a very dense, specific, optimized route. For example, say we have 50 customers on a route in Baltimore. It’s actually a lot more efficient for us to get out and deliver to all those 50 customers than each of those 50 people to drive to the grocery store and run a couple errands on the way and drive back. So by doing a delivery right to people’s homes and doing it efficiently, we’re actually helping reduce the overall carbon footprint.

JBF: Hungry Harvest also makes improving food access a big part of its business model. Why was it important to get accreditation to accept SNAP and EBT at the produce stand pickup sites?

EL: We really had an open-door philosophy for our pickup sites. We wanted it to be open to the entire community and for the people who go there to know that fruit and vegetables do not have to be luxury goods in this country where there’s so much overproduction.

We wanted the same feelings our delivery customers have, of empowerment and getting a great product, at our pickup sites. In order to do that we needed to serve the communities in these food deserts, which meant accepting SNAP.

JBF: How did you develop the Baltimore Food Access Improvement program?

EL: We know that of the 50 million Americans who are hungry, not all of them are homeless or panhandlers. A lot of them are people in our communities, residents, and co-workers. So to deal with that we needed to have a solution that addresses four main criteria.

First is accessibility: we have to have produce that’s in a place where it’s accessible to people who are hungry. Second is affordability: obviously, that produce has to be affordable. Third is sustainability: from our perspective we want to be able to scale this model to as many places as possible without it negatively impacting the business because of cost.

Fourth, and probably most important, is demand. It’s got to be a product that people really want to buy. It’s got to be empowering for the consumers to actually go up, hand in their money or use their SNAP card, and actually purchase five to ten pounds of produce for just seven bucks. That is probably the most important part of this program. People never like to get free handouts or donations. It’s really empowering for people to be able to make a purchase of their own accord.

JBF: What do you see as the most replicable or scalable aspect of that model?

EL: Truthfully, it’s that we get the schools to take ownership over this model. A lot of the students, teachers, and administrators will come out and actually run the produce stands, and they know personally how much of a benefit it is to their community. They can’t wait until that day of the week when they’ve got that stand running and the students can volunteer and help out the community by selling the boxes of produce and getting more people to come.

JBF: Tell me a little about how you engaged with the chefs at Boot Camp.

SC: We provided all the fresh produce for the collaborative dinner. The chefs were faced with some fruit and vegetables that may not have looked exactly as flawless as they might have expected. We challenged them to think about what would they do if they had a scarred eggplant or if their avocados were too small. How do we overcome those types of obstacles and even find some fun in it? [EN3]

JBF: Why did you think it was important for Hungry Harvest to work with chefs?

SC: Part of Hungry Harvest’s mission is education, so it made sense to try to connect more directly with chefs, because they’re the most trusted people when it comes to food, and what they say is often taken as gospel. We know that if you’ve got a favorite chef and he says kale is in, then kale is in.

Chefs are already trying to reduce waste in a lot of ways. If Hungry Harvest starts talking to chefs, we can educate them more about waste starting on the farm level, and hopefully change their mentality when they make their orders, so they don’t say, “I need 25 pounds of fingerling potatoes exactly three inches in size.” You’re changing their perceptions to realize they have an opportunity to give a return to their farmers. We’re really excited to be able to share with them that there are more ways to fight food waste than just composting.

The Chef Who Suddenly Found Himself a Food Waste Crusader 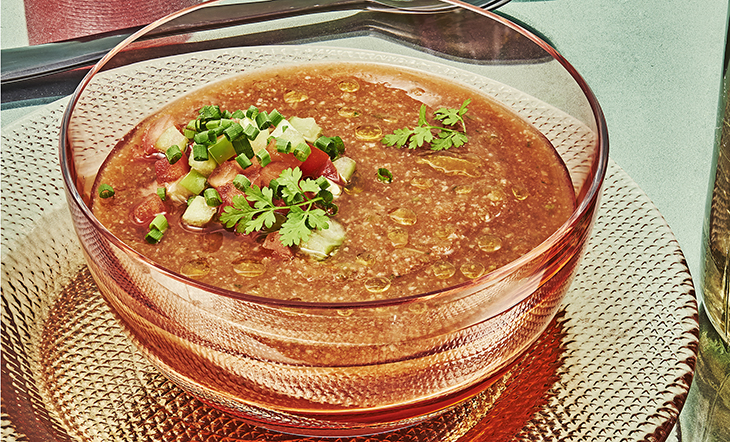