Why These Chefs are Working for Equity in the Field

Our latest piece comes from James Beard Award winner Andrea Reusing, chef/owner of North Carolina hot spots Lantern and the Durham. Below, the Chefs Boot Camp for Policy and Change alum reports back on her recent trip to Captiva Island, Florida, for the James Beard Foundation’s Southwest Florida Local Advocacy Training, where 15 chefs from across the state came together to talk about the challenges around achieving a more equitable and just system for those who harvest and process our food.

In the food world and beyond, it’s easy to forget that restaurant cooks and chefs (sometimes highly visibile and well-paid) are members of both the largest and lowest-paid U.S. workforce: foodworkers. People who pick, prepare, and serve food are more likely to be food insecure than people who work in any other industry. The poverty rate for restaurant workers is triple the national average. The average yearly income for a farmworker is roughly $12,000.

In North Carolina, where I live and work, over 150,000 migrant farm and food processing workers harvest nearly all of the local food we eat and export. Our state produces half of the sweet potatoes grown in the U.S.—500,000 tons a year—all of which are harvested by hand. A worker has to dig and haul two tons to earn about $50.

Our food system is not just afflicted by inequality, but actually requires it to function. The components of this inequality—economic exploitation, racism, lack of access to capital, land loss, nutritional and health disparities, to name just a few—are tightly connected. In late October, I was lucky to be able to join a group of 15 chefs from across Florida for a rare gathering dedicated to unwinding these connections, and share a bit about my own experiences working in food justice in North Carolina.

We came together on at the Rauschenberg Residency on Captiva Island for the James Beard Foundation’s Southwest Florida Local Advocacy Training, hosted in partnership with the Robert Rauschenberg Foundation. The convening was an intensive, three-day boot camp on food system equity and justice, focusing on the groundbreaking success of the worker-based human rights organization the Coalition of Immokalee Workers (CIW).

Cross-cultural exchange was one of the animating forces of Robert Rauschenberg’s art and practice. During his lifetime, Rauschenberg was devoted to social justice, conversation, and great food cooked with people he loved. The guiding principle of his foundation’s residency is to bring together artists and creative thinkers from a diverse mix of disciplines, backgrounds, and ages.

The participants, all hailing from Florida, represented a wide variety of age, race, professional experience, and career level. While everyone identified as chefs, only about half work in food service. Others teach in culinary schools, or work in community-focused non-profits or university programs.

The morning began with a presentation from Dr. Tom Felke of Florida Gulf Coast University. Felke shared his first-of-its kind detailed demographic mapping, and helped us develop a context for our discussion and understand where we were. The southwest Florida community that includes Captiva, Sanibel, and Naples is known for its affluence, but is also home to extraordinarily high levels of poverty, social isolation, food deserts, and food swamps (areas flooded with fast food).

This same metropolitan area is also includes Immokalee, both the center of the $600 million winter tomato industry, and home to one of the greatest concentrations of poverty in the United States. Over the last 25 years, CIW, along with its third-party organization Fair Food Standards Council, have created a new baseline in fair food production and secured code-of-conduct agreements with 14 major food retailers, including McDonald's, Compass Group, and Walmart. The CIW model is based in part on the alliances that the organization has been able to form between farmworkers and consumers. In our short time together, the boot camp participants created solid relationships and groundwork to expand the work and awareness of food system change in the chef community. The group is in touch about upcoming collaborations both in their own communities and across the state.

Like at every national Beard Foundation Chefs Boot Camp, we gathered in the late afternoon to harvest ingredients and cook a collaborative dinner. Our host chef Jason Neve generously opened up his kitchen and pantry. Our island foraging expedition took us back to 1960’s Florida beach bohemia— black mangroves that yield insanely aromatic honey, fishtail palms, and night-blooming flowers, some of which only flower once a year. The Rauschenberg Foundation is in the process of fortifying the property for climate resiliency, and permaculture abounds. We found mango, papaya, citrus, and more than 20 different herbs and greens. We picked okra, eggplant, squash, tomatoes, and cracked young green coconuts for juice and mature ones for their meat. It was a beautiful night, and dinner was delicious, low on ego, and full of cooperation and laughter. Cooking for and then sharing a meal with the CIW team was a career highlight for us all.

Andrea Reusing is a James Beard Award–winning chef, cookbook author, and chef/owner of two restaurants in North Carolina: Lantern, in Chapel Hill, and the Durham, in Durham. Learn more at andreareusing.com. 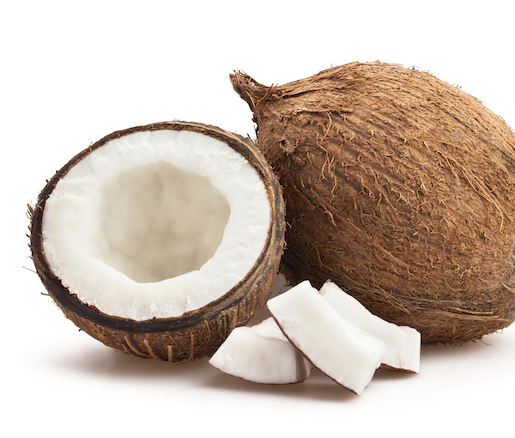