Steamed Mussels with Chorizo and Fennel

“Fresh mussels and Spanish chorizo are essential to this smoky, Spanish dish. Buy mussels from a reliable fishmonger and store them on ice. You may need to remove the 'beard' from the mussels if they aren’t cleaned already. Be sure to discard any mussels that are partially opened or broken. Larger black mussels will take a bit longer to cook than blue mussels.

Unlike ground Mexican chorizo, Spanish chorizo is cured and smoked; our favorite brand is Palacios, which is available at many grocers or online. A large kitchen spider was best for fishing the cooked mussels out of the pot. If you don’t have any slow-roasted tomatoes, substitute a 14 1/2–ounce can of fire-roasted tomatoes with juice. We liked these with crusty bread and extra virgin olive oil.

Don’t fully cook the mussels on the stove. They continue to cook as they sit off heat.” —Christopher Kimball in his 2018 Beard Award–nominated Milk Street: The New Home Cooking

In a large pot over medium, cook the chorizo in the olive oil until the chorizo begins to brown, about 3 minutes. Stir in the garlic, fennel, onion, bay leaves, and fennel seed. Cover and cook the mixture until the onion and fennel soften, about 5 minutes. Stir in the tomatoes, vermouth, and 1/2 cup water, then bring the pot to a simmer. Cover and cook, stirring occasionally, until the fennel is tender, about 7 minutes.

Add the mussels to the mixture and stir. Cover and cook until the mussels just begin to open, about 3 minutes. Off heat, let the mussels continue to cook, covered, until they open, another 3 to 5 minutes, quickly stirring once halfway through.

Using a kitchen spider or slotted spoon, transfer the mussels to a serving platter, leaving the sauce in the pot. Return the sauce to a simmer over low, then remove it from the heat. Whisk in the butter until melted. Stir in the parsley and lemon juice. Taste the sauce and season with salt and pepper. Pour the sauce over the mussels. 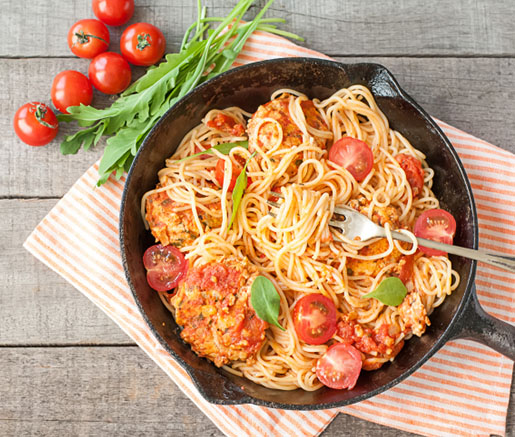