JBF Impact News: What It Takes for Better Meat

In her latest dispatch, our senior director of food policy advocacy Katherine Miller describes the challenging nuances of defining “sustainable meat,” and the different initiatives business and advocacy groups are taking on to tackle the problem.

Here at the James Beard Foundation, we work on a lot of different issues, which in most cases means we’re spending just as much time learning as we are doing.

It’s an important distinction. We know the business side of restaurants, including what makes a chef and a restaurant great. But greatness also means doing better by our planet, and our communities. Because of this, gaining more knowledge and expertise about the impact of food production on the planet has become a critical element of our work..

One question in particular that we’ve started exploring is “what is sustainable meat?”

For some, the answer is that there is no such thing. Billionaire philanthropists Bill Gates and Richard Branson are part of a growing coalition of funders, scientists, and entrepreneurs who believe that they can develop lab-grown meats that eliminate the need to raise and kill animals. Branson boldly predicts that in 30 years traditional animal production will be unnecessary.

This point of view runs counter to social and economic data showing that not only are Americans now eating more beef than ever before, but we’re not alone. The average American ate over 55 pounds in 2016. If you add chicken, pigs, and sheep, we eat close to 193 pounds of animal protein each year. Globally, meat consumption is also on the rise, with Argentina, Uruguay, Brazil, and Australia all ranking at the top of any list of beef eaters by country. China and India are among the big consumers of chicken. And, despite powerful efforts to reduce the amount of meat the world eats, experts are forecasting that global demand will more than double by 2024.

While the data indicates that it might be harder to curb the world’s meat habit, there is a ton of science that indicates that we absolutely need to encourage changes in the way that meat is produced.

A recent report found that run-off from industrialized meat production is one of the reasons for “dead zones” in the Atlantic Ocean and along the Gulf Coast. This report supports the work of dozens of non-profit groups working to give ranchers and farmers better feed options for their animals. Other research shows that the global livestock supply chain accounts for about 14.5 percent of human-generated emissions.

One answer to the question might be to eat less meat. To raise awareness of meat’s impact on the environment, JBF has partnered with the Mushroom Council to host the Blended Burger Project contest for three years running. (See the winners from this year’s contest here.) Hundreds of restaurants, hospitals, universities, and even fast-casual chains participated this year by creating hamburgers made of at least 25 percent fresh cultivated mushrooms, and the results are delicious.

We also participate in initiatives such as Meatless Monday and work with chefs and restaurants who are putting vegetables front-and-center on their menus.

Yet, with the rising global demand still top of mind, we are also looking at how to improve the practices around raising livestock and how to define what constitutes “better” and more sustainable meat.

Most of the experts we’ve spoken to define sustainable meat as a production process that is governed by a set of values and focused primarily on animal welfare standards, such as pasture-raised, grassfed, antibiotic-free, organic, and humanely raised animals.

To learn more about these aspects, our Impact team recently traveled to Kentucky for an Issue Summit, where we met with ranchers, farmers, processors, suppliers, chefs, and representatives from the United States Department of Agriculture about sustainable meat production.

The loudest message we heard at our Issue Summit was that everyone wants to improve. The ranchers and producers understand the environmental concerns. Suppliers and producers see the rise in demand for these sustainable meats. Chefs and restaurants want to buy them. But everyone agrees that the supply chain is not there yet, and that the best meats are also the most expensive.

It costs more to raise better meat, and that cost is absorbed, in part, by consumers. A Consumer Reports study found that conventional and organic grassfed ground beef can cost $2 to $3 more per pound. A recent visit to my my local butcher showed that an $8 per pound price differential between a pasture-raised, grassfed, antibiotic-free New York Strip steak than the steak right next to it, which had been raised using conventional methods.

Meat is complicated. Like most of the issues related to our food supply, it requires all of us to think beyond our own point of view. It isn’t enough just to change land practices, or stop producing meat altogether. It isn’t enough to demand best practices if the cost of change is so high that only an elite few benefit.

It’s all part of our effort to learn more about the industry. Stay tuned for more updates, along the way. 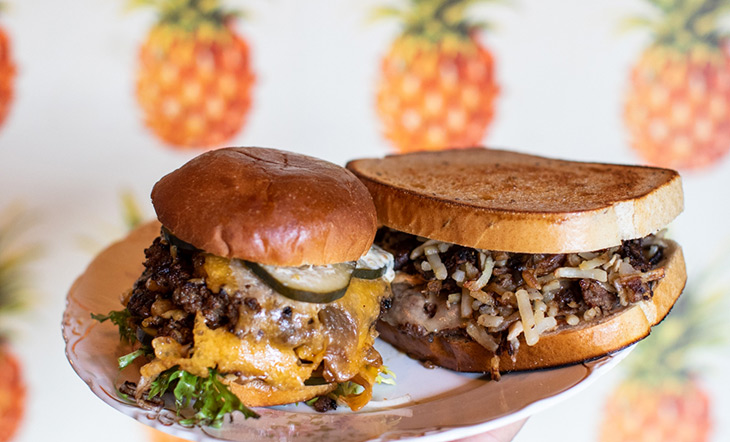