Why This Chef Now Has Haiti on the Menu

Gregory Gourdet returns to his roots

“I call myself a late bloomer,” Gregory Gourdet replies when asked why he’s shifted away from his signature cuisine for his upcoming dinner at the Beard House on July 26. Instead of the pan-Asian fare that has earned him rave reviews at Departure, the Portland and Denver restaurants he oversees, as well as the runner-up spot on Top Chef, Gourdet has turned his focus 180 degrees to the food of a different spot on the globe: his family's native Haiti.

He admits that this desire to reconnect to his roots was a long time coming. After years of annual trips to Asia to do research and work in kitchens across the continent, Gourdet found himself making connections between the ingredients used in the cuisines of tropical Asian countries he visited for work, and those populating the Haitian dishes on his family’s table growing up. “At the end of the day, I felt like I was traveling to Asia surrounded by all these different cultures and not spending any time learning about my own.”

Gourdet was born in New York City to Haitian parents who emigrated to pursue their educations. He grew up in Queens surrounded by a supportive immigrant community that was “filled with Haitian food.” From ages four to five he lived with family in Haiti, but had not returned to the country for 20 years since his last visit. And despite the cuisine being “all I ate growing up,” Gourdet readily owns up to his inexperience when it comes to making it himself: “I didn’t start cooking until I was in college. So I have all these memories of Haitian food, and I just never cooked it.” A few years ago he dipped his toes in the water, putting together a Haitian dinner at Departure, but something wasn’t right: “I felt like the authenticity was missing—I didn’t really source the ingredients properly, and I kind of just cooked the way I normally cook. It just wasn’t what I remembered us having when I was younger.”

As he describes it, his upcoming dinner at the Beard House is a culmination of planning and coincidence. During Gourdet's Departure-focused Beard House dinner last summer, JBF's director of house programming Izabela Wojcik planted the seed when she sat with Gourdet's parents and suggested the chef might return to take a crack at creating a Haitian meal. It was the final push Gourdet needed to finally get back to Haiti and reconnect and research: "I knew if I was going to bring Haitian food to the Beard House, it would have to be traditional so the story could start from an authentic place. I gave myself a year to prepare." As Gourdet began to pull the pieces together and plan a trip, a chance meeting with Haitian Culinary Alliance president Stephan Durand in New York led not only to a spot in our All-Stars of Haiti dinner lineup, but also to a promise from Durand to act as Gourdet’s guide on his trip to the country. And then before he knew it, Gourdet had booked his own solo Haitian Beard House dinner, which meant there were only a few months in which to prep and sharpen his skills.

The ensuing weeks were a blur of activity and travel. First, a transformative trip to Haiti, where Gourdet immersed himself in the language, culture, and cuisine. A few days later, he was back in New York for the All-Stars dinner, and two weeks after that Gourdet was preparing a test run of his solo Beard House meal in his restaurant’s kitchen. But unlike his previous attempt at Departure, this time Gourdet was determined to get things right. That meant bringing in the big guns: his mom, Yanick, who will also be by his side in New York. Though not a trained chef, Yanick has proven to be a key player in the kitchen, helping to source ingredients and working with Gourdet on a “few specific dishes that she is really great at making.”

It seems only fitting to have these dinners be a family affair, as Gourdet envisions his night at the Beard House as a recreation of the Haitian Sunday suppers of his youth. Served family-style, following Haitian tradition, the menu encompasses his view of the nation’s iconic dishes, from those on the table each night in his childhood home, to the plates he found in front of him 20 years later on his trip to the island. So what typifies Haitian cuisine? “There’s a lot of carbs,” Gourdet says, laughing. “There’s a lot of nutrient-dense food. Plantains are a huge staple. With it being an island, there’s lots of seafood: conch, lobster, shrimp. Some pork, chicken, and goat, usually marinated with lots of citrus and chiles overnight. And lots of rice and beans. Beans are prepared in so many different styles, like cooking beans with rice in a pilaf or cooking beans into a sauce which gets poured on top of the rice. And all types of beans: kidney beans, black beans, white beans, split peas, and so on.”

Of course, a reverence for his roots doesn’t mean Gourdet is keeping his own style out of it. Alongside the classic bean sauce, rice dish, and chicken cooked in Creole sauces (see the full menu below), Gourdet is also stepping outside the strictly traditional plates, including kibbeh as an hors d’oeuvre to reflect the North African influence on Haitian culture.

The dinner in Portland, which was both a dress rehearsal for the Beard House and a fundraiser for the Clermont Center for Homeless Children in Haiti (a project of the J.A. Clermont Foundation), drew praise from the invited guests, except for one critique: “I edited the menu a bit, because I was getting some feedback from my guests that they were too full!” Gastronomic votes of confidence aside, Gourdet recognizes that this experience has touched on more than his ability to connect with his heritage as a chef: it has an impact on his role as a son. “I looked at how much I work and how I live literally as far away from my parents as possible, since they live in Florida and I live in Oregon. It’s been really great to be able to organize these creative ways for us to connect on a deeper level than just going on vacation together. My mom spent three days at Departure, and 13 hours on the line on the day of the dinner. So she knows exactly what my day is. We were able to talk about growing up and how we ate and my experiences on my trip to Haiti. And now I get to cook at the Beard House with her.”

The dinner on July 26 may seem like a fitting end to this whirlwind period, but Gourdet knows it is not simply a chapter to close and walk away from. He is aware of public perception of Haiti, including its recent derogatory designation by the U.S. president, and how that affects his responsibility as a first-generation Haitian-American. “I think the part that struck me the most on my trip was the poverty and the struggle that I saw in the faces of the people there. So the culinary aspect is a huge part of what I want to learn about, but I think I just truly want to find ways to help. A little bit of money will go a long way there. I want to use my efforts to raise awareness around not just Haitian food, but Haitian culture. These are people who have always fought for survival, and their story needs to be told.”

Fans of Departure, however, need not worry. Gourdet is still focused on the Asian techniques and flavors that have inspired him for years. Yet Haiti remains on his mind. He’s headed back in late September for Gout et Saveurs Lakay, a non-profit culinary festival that donates proceeds to culinary and hospitality education programs in Haiti. And he is making plans for annual trips to the country and fundraisers back in the U.S. “As a Haitian-American, I feel a responsibility to let people know that there is a rich culture in Haiti,” he explains. “It’s not the most perfect country, by any means, but it’s a country of people fighting for survival every day. As a chef, it is the foundation of who I am. To be able to go back, to begin to remember my past, to work to understand the present there, and to be able to share that story—it’s a truly exciting journey.” Gregory Gourdet may be a late bloomer, but he’s determined to plant seeds for his family and his community for years to come. 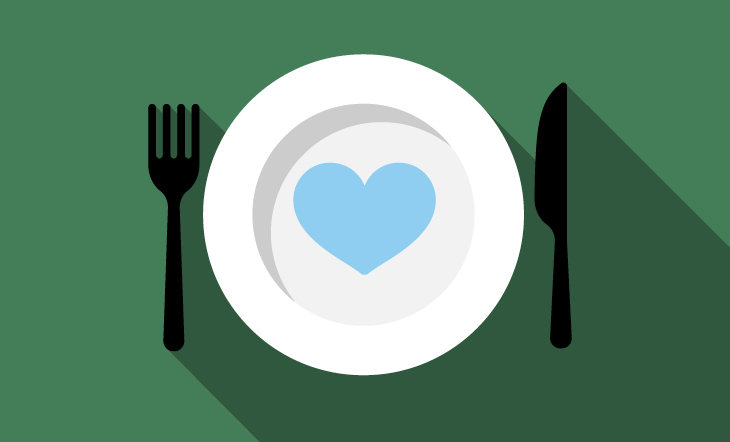 What the Restaurant Industry Needs to Re-Open