Here's what's coming up this week at the James Beard House and beyond.

If Pete Wells dubbed the beef at Cote “the best at any Korean barbecue place in New York,” then you know this New York Times Critic’s Pick is doing something special. With chef David Shim (formerly of L’Atelier de Robuchon and M. Wells) at the helm, this Flatiron hot spot melds Korean barbecue with an upscale steakhouse, with an impressive collection of magnum wines to boot.

Greens will enjoy a reception and four-course dinner by chef/partner Danny Grant, paired with wines hand-selected by Maple & Ash and Mavens & Aficionados head sommelier Dan Pilkey to showcase up-and-coming winemakers that are under 40 years old.

A leading luminary of the Detroit dining scene, Kate Williams made big news when she struck out on her own with the newly opened Lady of the House. The buzzed-about eatery in historic Corktown pulls from both present and past, featuring waste-reducing cooking, Williams’s signature nose-to-tail approach, and gastronomic influences from her Irish heritage.

Jeff Michaud brought his love of northern Italian cuisine home in 2007 when he helped to open Marc Vetri’s acclaimed Osteria in Philadelphia. Get a break from the winter blues when this JBF Award winner teams up with a talented roster of chefs from Terrain Garden Cafe for a farm-fresh Beard House fête.

The League of Kitchens is widely praised for its efforts to foster cultural understanding through intimate cooking workshops taught by immigrant women in their homes. Join us for the kickoff dinner of our LoK series, as chef/instructor Rachana presents an epic vegetarian feast featuring both traditional family dishes and secret recipes from the Nepali royal court.

Meet Me in Pittsburgh 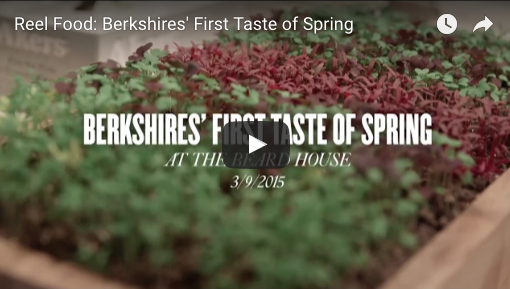 Reel Food: Behind the Scenes at the Beard House with the Berkshires' Nicholas Moulton and Daire Rooney