The James Beard Foundation’s Leadership Awards spotlight the important and complex realms of sustainability, food justice, and public health. They raise awareness of these timely issues by celebrating the visionaries responsible for creating a healthier, safer, and more equitable and sustainable food system. Below, Sarah Maiellano shares the story of 2020 Leadership honoree Abundant Seafood in Charleston, South Carolina.

In the early 2000s, Kerry and Mark Marhefka felt discouraged about the fate of fish caught in the waters around their native Charleston. At the time, fisherman sold catches to wholesalers who shipped them to New York City, Baltimore, Philadelphia, and Atlanta. Whatever was left over came back to Charleston’s restaurants. The husband-and-wife duo—Mark, a commercial fisherman since 1979, and Kerry, a fishery biologist—launched Abundant Seafood in 2006 to change that model.

“Right as Charleston’s farm-to-table movement blew up, we started selling our fish directly off of our boat to chefs,” Mark says. “They would come to the dock at 7:00 A.M., pick their fish as the boat came in, and process it in-house.” Eventually, Mark started delivering directly to the restaurants. “Chefs go to bed at 3:00 A.M. and don't want to come pick up fish at sunrise,” Kerry recalls. “They started to trust that what we brought [them] would be good.”

Today the company sells to 50 to 60 restaurants throughout South Carolina, as well as spots in Asheville, North Carolina and Savannah, Georgia. The couple supplies to a number of award-winning eateries including FIG, The Ordinary, all four Husks, McCrady’s, The Grey, and Rhubarb. “If they’ve gotten a James Beard Award in Charleston, chances are we work with them,” Mark says.

In 2010 Abundant Seafood expanded to create one of the country’s first community-supported fishery programs. Now in its tenth year, around 1,000 families have participated, all-told. About 200 locals come to the dock a couple of times a month to pick up their share. The CSF program, which represents roughly 40 percent of sales, allowed the company to start buying fish from fellow sustainable fisherman—a move that diversified their offerings and continues to support the local economy.

To the Marhefkas, sustainability means putting fewer miles on the fish, but also creating a balanced ocean by introducing more species to American dinner plates. “In the 1990s, most people just thought of grouper when they came to Charleston, but we’re permitted to catch 72 species,” Kerry says. “By working with chefs and learning ‘restaurant 101’ ourselves, we’ve been able to shift what people are asking for at restaurants and take the burden off of overfished species,” Mark adds.

“Take triggerfish, which used to be considered a ‘trash fish’ and sold for $0.50 a pound,” Kerry says. “Now, it’s on the menu at a high-end Charleston restaurant for $35—and is well worth it. The perception of the value of that fish has changed.” That shift has also benefited fishermen throughout the southeast who can now make more money through selling different fish.

Until now, the Marhefkas worked only out of a shared commercial dock. However, this past March the couple bought a building that will allow for more space to process and package fish for delivery. The building also includes a retail market that will offer new opportunities to showcase their product, including in-house smoked fish. “Eventually, we’ll take the fish from our boat all the way to the end product,” Kerry says. “Mark makes a killer fried fish sandwich that may become world-famous.” 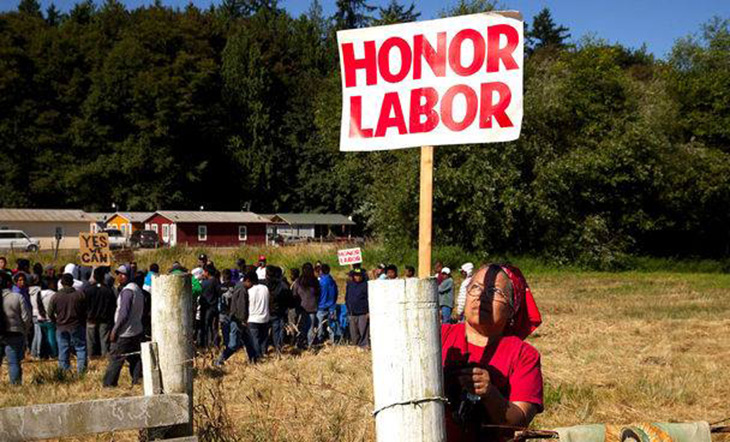