For the New York issue of our member newsletter, JBF Notes, we asked past Best Chef award winners from regions around the country to tell us what cuisine in the Big Apple means to them, and, of course, for their must-visit spots when they're in town. We'll be posting their responses throughout the week. First up: Andy Ricker, winner of the 2011 Best Chef: Northwest award and chef of Pok Pok in Brooklyn and Portland, Oregon.

What is New York cuisine?

In a city like New York, I think it's difficult to say what defines the cuisine. There is so much going on: populations shifting and mingling, trends coming and going, fortunes ebbing and flowing. I could point to certain places that I think only really exist here in their archetypical forms: Defonte's sandwich shop in Red Hook, Katz's deli, Peter Luger’s, Di Fara Pizza, Lucali, Great New York Noodletown. Or I could point to places that literally reference New York in their cuisine: Torrisi, Eleven Madison Park. Or to chefs who are "a New York chef," Mario Batali, Daniel Boulud, and Jean-Georges Vongerichten—though none of those guys were born and raised here. In the end, it may be defined more by the environment everyone is forced to work in, with all the challenges the city embodies as well as the rewards. New York cuisine is whatever New Yorkers welcome and seek out and champion.

Tertulia. Because Seamus Mullen has found a way to stay true to the traditions of Spain while staying fresh and current with what a New York restaurant is all about: innovative food and great service.

Mission Chinese. Because Danny Bowien and his crew knock it out of the park with fun, delicious food in a lively atmosphere, have attained world renown for it, and do it all out of a kitchen that's better suited to Chinese takeaway and in a dining room that's more like a covered deck. The fact that this restaurant exists in New York City is a testament to the lengths people will go to make it work.

Del Posto. Mark Ladner and Brooks Headley preside over a kitchen that turns out beautiful, decadent Italian food, and the dining room experience makes you feel like royalty.

I also love eating at little, relatively unknown joints in Chinatown and Flushing. This city has some of the most interesting and diverse Asian cuisine in the country, not to mention the food of virtually every other country and ethnicity. New York is an eater's paradise. 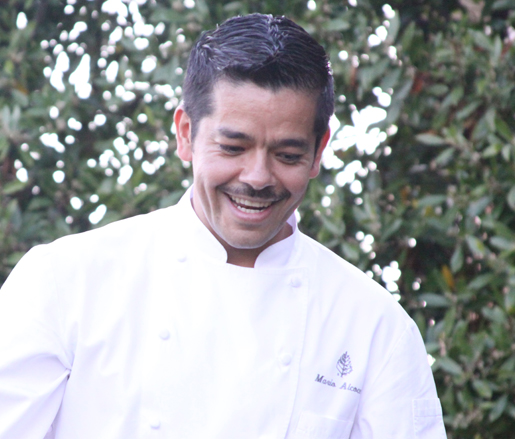