It’s easy to think of those who toil in professional kitchens as being surrounded by food—facing a stack of orders to expedite, breaking down a whole animal into cuts for the menu, or taking on the unenviable task of peeling a pile of onions. But there are roughly 40 million people in the United States currently enrolled in the Supplemental Nutrition Assistance Program (SNAP)—including some of the chefs and restaurant industry professionals behind your next restaurant meal. Over the next few months, we’ll be sharing stories from chefs who’ve experienced food insecurity, and the impact of SNAP on their past, present, and future.

Below, culinary producer and food stylist for America’s Test Kitchen Elle Simone Scott explains the perilous position she found herself in leaving a career as a social worker to attend culinary school, and how SNAP helped her achieve her dreams.

What happens to a dream deferred?

Does it dry up
Like a raisin in the sun?

Or fester like a sore--
And then run?
—Langston Hughes

In February 2010, the snowiest month in New York’s history, I sat in a Brooklyn Social Service office waiting to meet with a caseworker about receiving benefits. I was grappling with a harsh reality: I would not be going to the culinary school I had come to New York to attend, and even still, getting a culinary education would cost more than I had or was making. I would have to quit my job to study full-time, while still finding a way to contribute to the household in which I lived. As a former social worker, I was very familiar with this process, as well as the vulnerability that comes with proving that you’re experiencing a deficiency in one or more areas of your life. But this was an awakening—now I was on the other side of the desk. I had to accept that in order to fulfill my dream of becoming a chef I would need to rely on the Supplemental Nutrition Assistance Program (SNAP).

My assigned caseworker did not have the warmest personality, but she had a vast knowledge of government assistance programs and advised me to apply for everything that I qualified for. The first and most attainable was SNAP, then Medicaid, then rent assistance, and finally cash assistance. She informed me that since I was studying a trade that would allow me to enter the workforce and contribute to the economy, I was proving that these resources would give me a measure of support that would allow me to study without the stress of wondering how it would all work out from month to month. We were clearly on the same page, but I still felt desperate.

All I knew for sure was that I was wedged in between two worlds: one where I was training to be a fine dining chef, and one where I could barely afford to feed myself, let alone patronize a high-end restaurant. As a culinary student, I found creative ways to sustain myself. Most of my meals were leftovers from our daily practicum cooking assignments. I also got acquainted with the Kitchen Operations staff because salvaging slightly damaged produce was a great way to create meals for myself and contribute to my household. The sweets made in our pastry courses were sold to my neighborhood barbershops, bodega owners, and friends, which then inspired me to sell cakes from home for celebrations in my community.

I built bonds and formed kinship with the local farmers and purveyors that I met at the Union Square Farmers’ Market, discovering that some of these individuals and businesses offer CSA boxes, grassfed meats, and baked goods through SNAP. I learned so much from those farmers about the Farm Bill, and how when it’s structured relatively well, the law keeps farmers from going bankrupt and helps to preserve our land, fight climate change, and ensure access to healthy foods. It was at the farmers’ market that I was able to meet anti-hunger advocates, agriculturalists, and other SNAP recipients.

If it weren’t for SNAP and the experiences I had because of it, I don’t know how I could have completed my culinary certificate, worked part-time, and still maintained my home in Brooklyn. Even post-certification, I relied on SNAP while I struggled to find full-time employment. Receiving SNAP gave me more awareness and developed me as a culinarian and as an advocate.

Unfortunately, after April 1, 2020, a rule will come to play where individuals who are currently receiving SNAP and are considered “work eligible” will have their benefits discontinued—that could affect up to 700,000 adults, children, and seniors.

This means that if you live in a rural community with limited public transportation, and you don’t own a vehicle because it isn’t affordable, you will be penalized under the law. The layers of classism and systematic racism built into this rule are inhumane and cruel. Our current economy is not equipped for the rise in poverty levels that this ruling will create.

SNAP was created to support citizens of this country who need assistance, to clear obstacles that often erase opportunities for growth and success. I am a proud recipient of SNAP and know first-hand how it can literally keep one afloat; I have been in it and of it and I wouldn’t have changed a thing.

Elle Simone Scott is a social justice advocate, chef and food stylist at America's Test Kitchen on PBS and founder of SheChef, Inc. 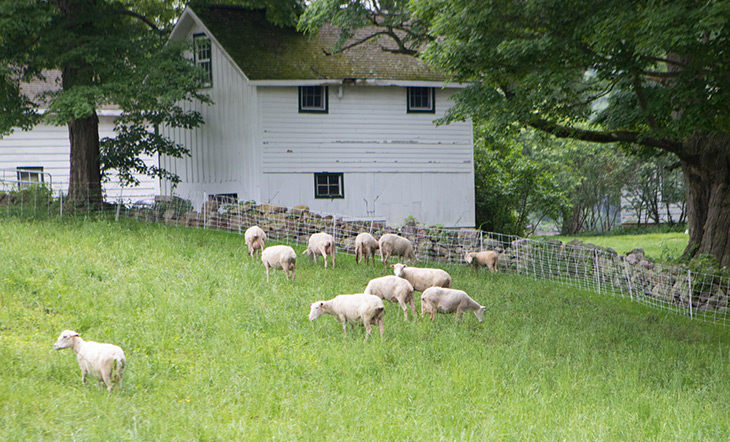 Now Is the Time to #VoteFood