JBF Award–winning chef Hugh Acheson touched down in Los Angeles to join forces with Jon Shook and Vinny Dotolo and other fantastic L.A. talent for a weekend of local flavor.

“We’re just discovering all of the amazing diversity we have in this country,” Taste America All-Star chef Hugh Acheson said of America’s rich culinary bounty while in Los Angeles for the last stop of the James Beard Foundation’s Taste America tour.

James Beard Foundation brought its annual Taste America culinary tour to Los Angeles—a city of sunshine and shining stars of the food world, like Local Stars Vinny Dotolo and Jon Shook of Animal, who joined Acheson in the kitchen to cook dinner on Friday night for 300 people at the Ebell of Los Angeles. The main event, which began with a walk-around tasting reception featuring chefs and restaurants that make Los Angeles one of the country’s top dining destinations, including Ray Garcia (Broken Spanish), who made oxtail sopes with plantains and habanero; JBF Award winner Timothy Hollingsworth (of the soon-to-open Otium), who served sea urchin brioche with lardo, pistachios, and truffle butter; Michael Hung (of the newly-opened restaurant Viviane), who made Maine lobster parfaits with Fuji apples, crème fraîche, and trout roe; Jessica Koslow (Sqirl), who made smoked kabocha salad; Zach Pollack (Alimento), who made veal tongue tonnato with dill pickles and olive oil brioche; and host chef Louis Pechan of the Ebell, who served diver scallops with sunchokes, persimmons, and watermelon radishes

Following the tasting reception, guests made their way into the dining room for a lavish four-course dinner headlined by Acheson, Dotolo, and Shook. First up was a brightly flavored course of cucumbers and cherry tomatoes with za’atar and pickled ranch dressing from Dotolo and Shook. Next up, Acheson, who is the owner of Atlanta’s Empire State South, among other acclaimed restaurants, gave diners a flavor-packed dish of farm egg with crispy rice, harissa hot dogs, mushrooms, leeks, and butternut squash purée. Acheson followed up with a taste of the South: Snake River Farms New York Strip with fried black-eyed peas, boiled dressing, Brussels sprouts, carrots, and turnips. For dessert, Margarita Manzke of Los Angeles hot spot République served up a decadent trio of peanut butter–chocolate mousse, banana ice cream, and hot chocolate. Before signing copies of his latest cookbook, The Broad Fork, Acheson asked if anyone had questions about the recipe. When nobody had questions, he asked if they had any other burning questions, such as, “Does anyone have questions about why I only have one eyebrow? Let’s just be honest and get it out of the way. Would you get rid of built-in branding like this? I don’t think so.”

For the third year in a row, the Foundation traveled to ten cities across the country to host one-of-kind fundraising dinners highlighting local cuisine and headlined by a visiting All-Star chef and a Local Star chef, as well as cooking demos, artisanal tastings, and book signings.

Learn more about Taste America at jbftasteamerica.org and catch up on the tour at #JBFTasteAmerica on Twitter and Instagram. 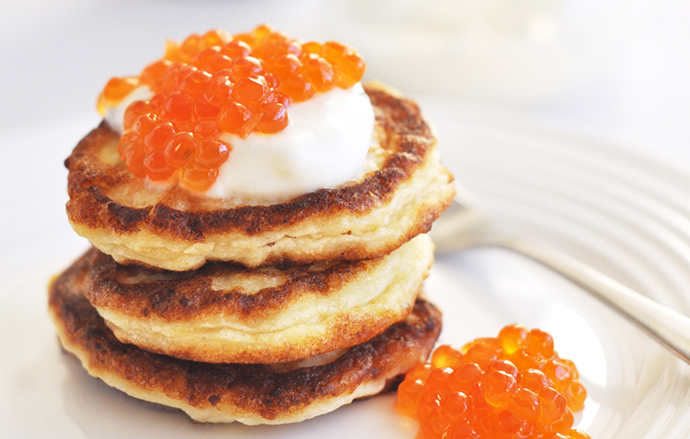