When David Chang opened his first restaurant in 2004, he lit a ramen-noodle fuse that set off a New York sensation and a launching pad for an international empire. Now that Momofuku Noodle Bar is an Outstanding Restaurant nominee, we caught up with the culinary icon—a winner of nearly every Beard Award (and non-Beard Award) out there and one of Time magazine’s 100 Most Influential People—to discuss why he considers himself a “normavore,” the inspiration behind Momofuku’s cult-favorite culinary lab, and the unsung heroes of his business.

JBF: You won the Rising Star Chef award while you were at Momofuku Noodle Bar in 2007, Outstanding Chef in 2013, and now the restaurant itself is up for Outstanding Restaurant this year. Can you tell us anything about Noodle Bar’s evolution during this time?

David Chang: Noodle Bar continues to be represented by the fantastic team it employs, some of whom have been with us since day one. Some things will always evolve, but what won't change are our efforts to make the best, most delicious food possible.

JBF: One of the things we love most about the Momofuku empire is its food lab. What inspired you to create it? And what’s the most exciting thing you and your chefs are working on there right now?

DC: Pursuing all the fermented goodness of bonji and hozon is what really drove the lab forward. But at the moment, we're excited about Ssäm Sauce and all the things that it makes better. Right now, I love dipping French fries in it, and topping pizza with it. JBF: You’ve described yourself as a “normavore.” Can you tell us about what that means? And what are your go-to haunts for getting your “normal” food fix?

DC: The idea behind the normavore concept is this: just because a certain type of food isn't adored, doesn’t have its own social media hashtag, or is classified as boring, doesn't mean that it's not satisfying, or that a lot of love wasn’t put in to its production. Some of my haunts? I'll never tell! Preserving their secrecy is what makes them normavore!

JBF: You recently announced your upcoming Fuku concept, which will serve only spicy fried chicken sandwiches. Can you tell us about your plans for this outpost?

DC: Fuku is a work in progress, as both a brick-and-mortar location and an app. We'll have more to reveal soon. JBF: Momofuku Noodle Bar is widely known for its ramen and pork buns, but is there a lesser-known dish that you feel really speaks to the restaurant’s perspective or philosophy?

DC: Dishes that are quite often missed are our vegetable options. The fact is we've always done them well, but we haven't been known for them. Probably the most popular dish on the menu right now is the Chickpea Hozon Ramen.

JBF: Our Outstanding Restaurant award goes to restaurants that have stood the test of time and that have influenced other restaurants. In the ever-expanding world of ramen bars in the U.S., what do you think is specific to Momofuku Noodle Bar that makes it so enduringly popular and inspirational?

DC: Noodle Bar proved that, regardless your location, size, menu, or price point, you can still have aspirations to serve the best food possible, and that has always been our goal. 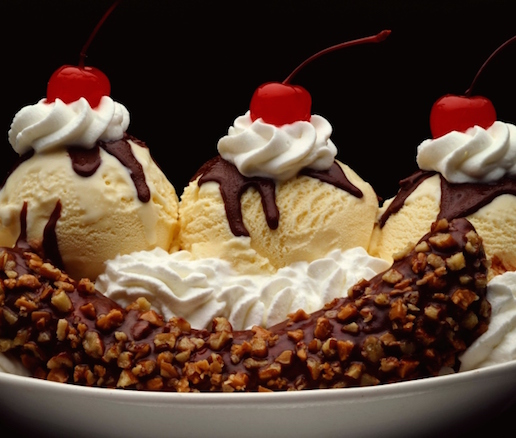