Rene Ortiz and pastry chef Laura Sawicki had already won over Austinites with their Mexican and Thai-inspired eateries La Condesa and Sway, so it should come as no surprise that their latest venture, Launderette, was a roaring success since its opening last year. With its far-ranging menu featuring “feel-good food” from across the globe, the Launderette team has created a neighborhood joint that extends far beyond East Austin. Read on for our conversation with Ortiz, Sawicki, and co-owner Margaret Vera about the restaurant’s genesis and how the menu reflects their overall philosophy.

JBF: Can you tell us the story behind your restaurant's name?

Launderette Team: The property had been a laundromat for 50 years, and we wanted to carry on the tradition of neighbors and friends coming together. “Launderette” as a word is a delight to say and look at; it was the perfect fit for our vision for the restaurant.

JBF: After two successful restaurants that were more focused on singular cuisines (Thai and Mexican), what inspired the menu at Launderette? Is there a message or point of view you’re trying to convey through the food?

LT: The menu at Launderette, in fact everything at Launderette, was in response to the building and its location. Launderette is located on a micro-commercial corner in the heart of the neighborhood, which inspired us to create a warm and inviting restaurant. With that as our goal, Rene and Laura had no limits on what they could do in the kitchen. They each pulled from the full breadth of their culinary experiences, drawing from all corners of the world, including Argentina, Southeast Asia, the United States, Mexico, Western Europe, and using borderlands cuisine as an inspiration at all times. Laura Sawicki: I’ve always incorporated whimsy and a touch of nostalgia into my desserts. However, when a restaurant was governed by a singular cuisine, my work was inspired by the building-block ingredients of that cuisine. At Launderette, the desserts get to speak their own language. They take bolder chances and tend to really tug at diners’ heartstrings.

JBF: The largest section of your menu focuses on vegetables. Was that a result of your own motivations or a reflection of what you think today’s diners are looking for?

LT: Our hope is that our motivations are one and the same with what today’s diners are looking for. In building a neighborhood restaurant where, ideally, people could return several times a week, we wanted to send a clear message that this was a place you could come back to for feel-good food. Creating a category for vegetables allowed them to be center stage and not part of a menu section that was dominated by potatoes and refined grains.

JBF: From the get-go you’ve characterized Launderette as a “neighborhood cafe." What made you want to open up in East Austin? After a year in business, how has Launderette fit into the neighborhood?

LT: Margaret has lived in the neighborhood for almost 20 years and had always coveted the building. At one point, so eager to see the space re-envisioned, she had even recommended the property to a fellow restaurateur. Now, after a year in business, we continue to be surprised at how our “neighborhood” restaurant draws folks from all over the city. While the neighbors have been amazingly supportive, the parking situation does understandably drive some people a little nuts. Since the beginning we have worked with the neighborhood and, to this day, continue to build amazing relationships. 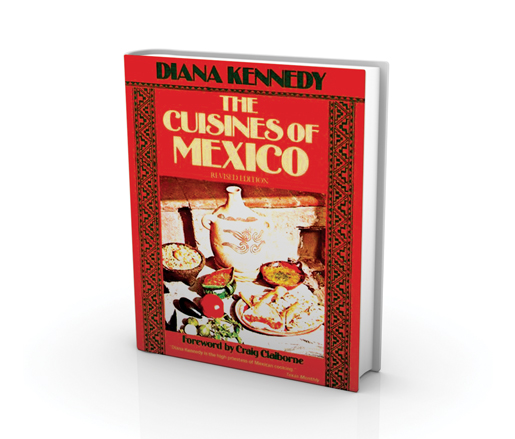