Interview with Wendell Pierce, Part One: Why Food Deserts? Although he’s best known for roles on hit television shows like The Wire and Treme, actor Wendell Pierce is also a dedicated food and community advocate in his hometown of New Orleans. Ponchartrain Park was designated one of the fastest growing neighborhoods post-Hurricane Katrina, thanks in no small part to Pierce’s nonprofit organization, and his grocery business, Sterling Farms, has expanded across the South to provide fresh food to underserved areas. In the first part of our extended interview, Pierce shares his motivation for taking on the difficult issue of food access.

JBF: You started off with a focus on rebuilding your neighborhood of Ponchartrain Park after Katrina. Were you thinking about food access then? Or did it come later?

WP: Absolutely not. Wasn’t thinking about it at all, wasn’t conscious of it to any degree. No, I was just focused on rebuilding my neighborhood. But then I started to I started to look at the variables of why there was so much commercial property and opportunities that were sitting abandoned as a part of the recovery, and I realized that New Orleans was a food desert even prior to the storm.

As I was trying to bring back the commercial district, I realized that grocery stores are a major anchor for any sort of commercial development, and then I saw the lack of grocery stores in underserved communities in New Orleans. I educated myself about food access, and realized that the private sector was standing on the sidelines. So I kind of backed into it. Business 101, you see a need, you fill it. You either innovate something that’s never been done before, or you fill the need that is there. You look back through all of the dark periods of Wall Street and the recessions and depressions of America. The one thing that is constant is that food is necessary. It does well across all socio-economic communities. So that’s how I got into the fresh food business, that’s how I became aware of the problems of food inequity and lack of access.

JBF: You chose to start a business, rather than continue to do nonprofit work. Why work in the private sector?

WP: It was an opportunity to try to deal with an important issue at the same time as creating a business, and I thought that would be more attractive to get the partners I needed to work with me. But the solution’s on both sides. I look at the nonprofit world, what’s happening in this area, and it’s just phenomenal. A lot of times it’s the private sector that’s missing the boat, and it’s seen in the response from people, in these underserved communities, who for years have demonstrated loyalty to brands and to different stores. They’ll travel half an hour, usually on public transportation, just to go buy groceries.

One of my business mentors is Magic Johnson. He’s proven to the American corporate industry that underserved or low-income communities will buy it if you bring it to them. One of Starbucks’s biggest stores in New York is right there on 125th Street, and it’s because Magic Johnson brought it in. If we can look at China and India as emerging markets, we can look at our underserved communities, rural and urban, and see them as emerging markets, too. That’s the reason I chose to try to deal with it through a business. I saw it as an emerging market, and not as the target of a nonprofit where so much time and energy goes into fundraising.

JBF: Why do you think these food deserts exist in New Orleans, a city with such a vibrant culinary culture?

WP: Companies are ignoring opportunities and giving in to prejudice—and the companies that don’t give in are all the poorest choices: the fast food, the processed foods. We allow our prejudices and our insecurities to color what would and wouldn’t work in certain communities. Who says that someone from these areas wouldn’t love a grocery store like Whole Foods or Trader Joes? I’m in California right now, I tell you, if you brought Tender Greens into those communities people would go to Tender Greens. Why? Because it’s all about taste. It’s all about ingredients, isn’t it? The barometer by which you judge cuisine is the same: does it taste good or not? And people would eat cardboard if you made it taste like coq au vin. Before we even think about people’s behavior, let’s give the people a choice. We have all these solutions that are out there, and now we need to actualize them and magnify them.

Check back during Health Month for the next installment of our in-depth interview with Wendell Pierce. 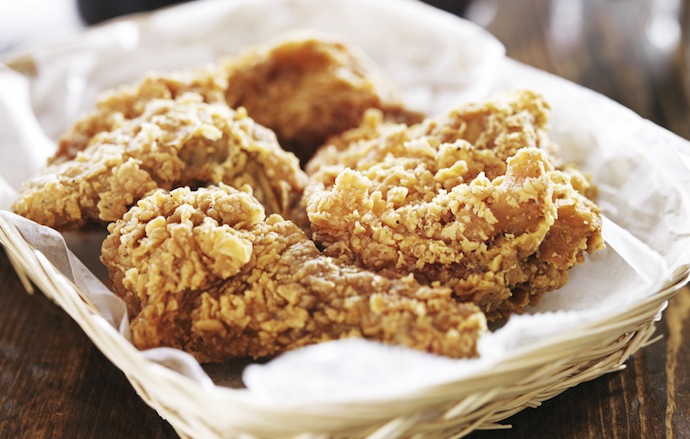