JBF on the Air: Gabriella Gershenson On yesterday’s episode of Taste Matters, Gabriella Gershenson joined JBF’s Mitchell Davis in the studio to talk about her latest gig as food writer and editor for Every Day with Rachael Ray magazine. She talks about the evolution of food television and the magazine’s goal of creating a fun, easy read that appeals to home cooks. Her writing also appears in The New York Times, San Francisco Chronicle, The Boston Globe, Edible Manhattan, and several other publications. She also appears as a judge on the Food Network’s 24 Hour Restaurant Battle. Listen below to learn about Every Day with Rachael Ray’s upcoming September issue, her favorite cannoli recipe, and the restaurants on Gabriella’s radar:

Taste Matters is a radio program dedicated to taste: as a sense, cultural construct, and culinary phenomenon. However much we talk about where our food comes from, how it’s produced, who prepares it, or what sorts of socio-cultural-political implications our food choices and eating behaviors have, taste is fundamental.

You can catch Taste Matters with Mitchell Davis live every Wednesday at 11:00 A.M. on Heritage Radio Network, or listen to the show afterwards right here on our blog. To check out past episodes, click here. Stay tuned for more! 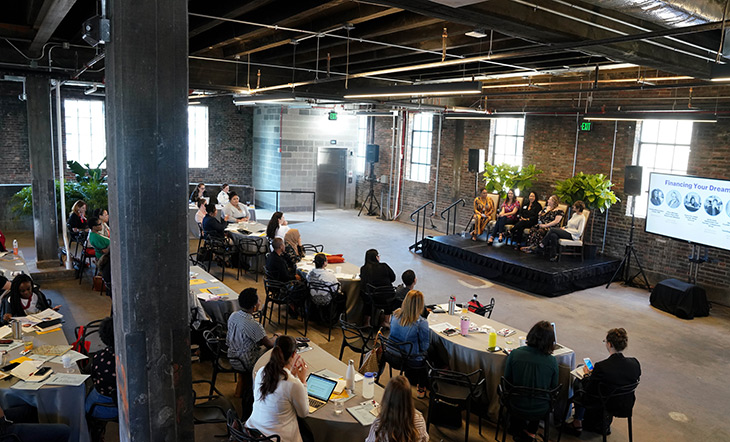 Our Programs Team is Bettering the Industry