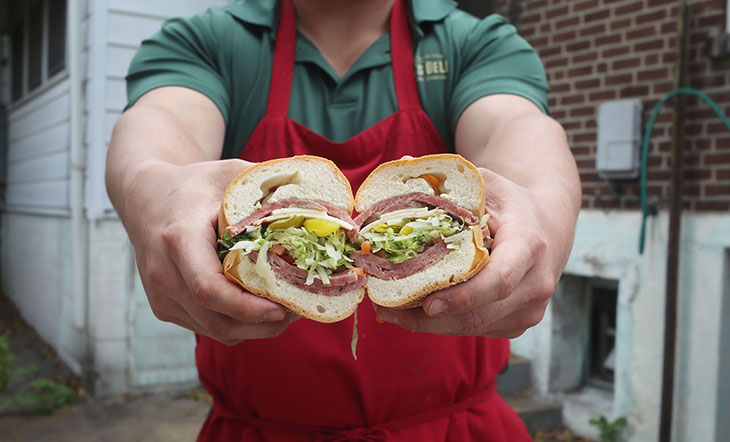 Today we're excited to announce the five recipients of our 2017 America's Classics awards. This honor is given to regional establishments, often family-owned, that are treasured for their quality food, local character, and lasting appeal. Read on to learn more about this year's winners, who will be honored at the James Beard Awards Gala at Lyric Opera of Chicago on Monday, May 1.

Gioia's Deli (1934 Macklind Avenue, St. Louis; Owner: Alex Donley)
For a century, Gioia's has been a fixture of the Hill, the neighborhood that is the heart of St. Louis' Italian-American community. First it served the community as a grocery store, run by Marcallo, Italy, native Challie Gioia. Since Cathy Donley bought it in 1980, the building, built from brick and wood from the 1904 World's Fair, has functioned as a lunch restaurant. Through it all, the recipe for Gioia's signature hot salami hasn't changed. The salami is hot as in temperature, not as in spice. That said, the (mostly) secret blend of pork-head meat, beef and seasonings packs a peppery bite. It's a fresh, boiled sausage, with a texture like coarse pâté and a flavor that is porky, earthy, a little funky. Topped with the city's beloved cheese, Provel, it's a dish that has traveled from Italian to Italian-American to thoroughly St. Louisan.

La Taqueria (2889 Mission Street, San Francisco; Owner: Miguel Jara)
The Mission-style burrito is a beloved expression and encapsulation of Mexican-American culinary heritage in the Bay Area. Burrito connoisseurs endlessly debate which taqueria makes the definitive version of the foil- wrapped, all-in-one meal of meats, beans, rice, cheese, and more, wrapped in a whopper of a flour tortilla, and often called a “silver torpedo,” Through the years, La Taqueria has stood out as a standard-bearer, and a barometer upon which to argue over other burritos. Jara is from villa Guerrero, Jalisco and grew up in Tijuana. The burritos he serves are not of any specific region of Mexico. At his counter-service restaurant, filled with simple wooden tables, Jara rejects the beans-and-rice approach, doubles down on the meat, and griddles his burritos golden-brown. Discussions about the merits and culture of the burrito form always, at some point, lead to La Taqueria, where the line to get gets more and more absurd as time goes by, but the quality stays high.

Sahadi's (187 Atlantic Avenue, Brooklyn, NY; Owners: Christine Sahadi Whelan and Ron Sahadi)
Atlantic Avenue, between the waterfront and the terminal is Brooklyn’s fertile crescent, a cluster of Middle Eastern restaurants, groceries, bakeries and sundry shops. Sahadi’s, at the heart of this micro-neighborhood, has a New York root system that dates to the late 19th century, when Abrahim Sahadi first set up shop in downtown Manhattan. Charlie Sahadi and his brother Bob Sahadi, direct descendants of Abraham, ran the business for more than 50 years with help from Charlie's wife Audrey before handing the reigns to Charlie's daughter Christine Whelan and son Ron Sahadi in 2016. Today, Sahadi’s is a bulk bin wonderland, packed with locals scooping through glass jars of amaranth, pistachios, dried figs, spices, and roasted coffee, or loading their carts with pantry goods like pomegranate molasses and Middle Eastern cheeses. It all comes together in the deli, where the family stocks multiple varieties of rich, tangy labneh, vats of creamy hummus and delicious seasonal salads as well as stocking the bakery with flaky borekas and baklava, harissa-drenched lavash and Middle Eastern breads.

Schultz's Crab House (1732 Old Eastern Avenue, Essex, MD: Owners: Karen and Bob McKinney
Schultz’s, a quintessential Maryland crab house, opened in 1950 as a cafe and lounge, run by Mildred and William Schultz. Karen and Bob McKinney took over in 1969. Their children, led by son Steve McKinney, still operate the restaurant. Schultz’s resides in Essex, Maryland, a community flanked by estuaries of the Chesapeake Bay. An easy ten-mile drive from downtown Baltimore, the wood-paneled, nautical-themed dining room, where white butcher paper covers every table, sets the scene for a timeless seafood spread. In summer and fall, when Maryland crabs are at their finest, devoted regulars feast on locally caught swimmers plump with sweet meat and zinged with a house blend of spices. Regional classics, highlighting the Old Line State’s signature crustacean, fill out the menu, including jumbo lump and backfin crab cakes, crab fluff (a battered and deep-fried crab cake), and dairy-rich crab imperial. 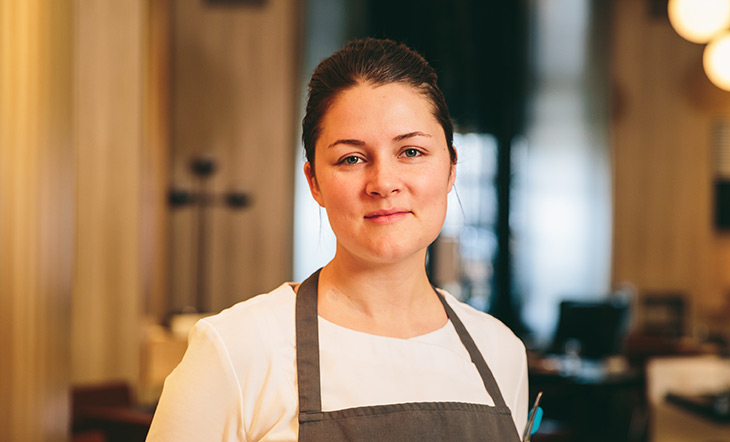 How One Beard Award Winner is Breaking the Rules