Q & A with Beasts of the Southern Wild Producer Josh Penn It doesn’t have its own category on the awards circuit, but food often plays a prominent role in the layers of a film. We talked with Josh Penn, a producer of the 2013 Oscar-nominated indie film Beasts of the Southern Wild, to learn more about how food can be a defining instrument on the silver screen.

JBF: Food is often woven throughout the stories we see on the screen. Why do you think it’s such a successful symbolic device in film?

Josh Penn: Food carries a lot of cultural and societal indications; it’s at the forefront of most cultures, in general, so you can demonstrate a lot about people and their backgrounds by showing what they eat and how they eat it. It can mark an individual’s place in society, socioeconomic status, and behavioral patterns. It’s a useful device in that way—it reveals a lot in a short snapshot.

JBF: How did this come into play in Beasts of the Southern Wild?

JP: So much of the culture in the Louisiana bayou is about food, and more specifically, living off the water. It’s intertwined with everything, it defines the community, and is something that we really wanted to capture. Our first day of shooting was actually the day of the BP oil spill. Most people in the area live off the water in some way or another, and the spill threatened their entire lifestyle—because whether or not it’s your livelihood, it’s still the source of what you eat. It’s what’s all around you. It really underscored how food is interwoven into every aspect of life there. And the approach to food and how it should be eaten would obviously be different if we were telling a story about another community. I’m sure they eat crabs pretty differently on the Upper West Side of Manhattan.

JBF: How else was food used as a symbolic device in the film?

JP: A lot of the important food scenes relate to the main character’s survival, learning to fend for herself, and her coming of age. Being able to feed yourself is the most basic need; it’s the most fundamental way that we can take care of ourselves and others. So cooking and eating naturally came up as ways to show her helplessness—and then later, her independence and growth.

JBF: Are there any challenges that come with using food symbolism on camera?

JP: While it’s tempting to use food imagery to trigger nostalgia or play off the senses, it can often be unsuccessful because it’s actually attempting to cross senses. It doesn’t always work in a strictly visual medium, since you can’t actually taste or smell the food. We talked about this in pre-production when setting up some of the food scenes. Benh [Zeitlin, the director] was very clear about the fact that these scenes weren’t supposed to make people’s mouths water, but to show how food plays into the characters’ lives and how it shows the main character’s journey and her relationship to her home. Food is a unique device that way—it’s a universal aspect of daily life, but how we approach it is very revealing.

Photo: Quvenzhané Wallis as Hushpuppy on the set of "Beasts of the Southern Wild" (photo courtesy of Fox Searchlight Pictures). 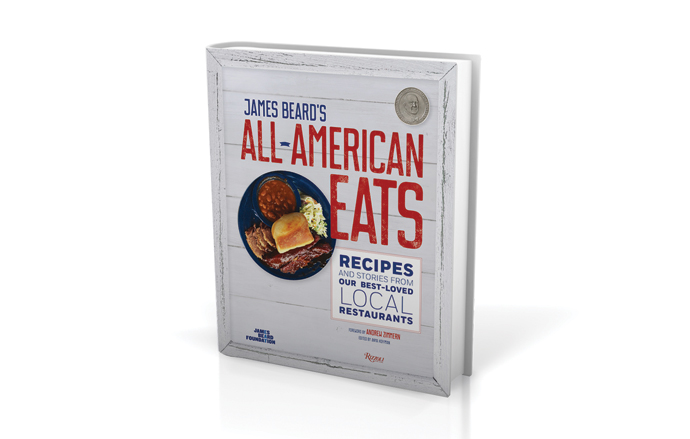