As brewmaster of the Brooklyn Brewery, author of The Brewmaster’s Table, and editor-in-chief of The Oxford Companion to Beer, Garrett Oliver is an undisputed authority on America’s favorite alcoholic beverage. We got in touch with the 2013 Outstanding Wine, Beer, or Spirits Professional award nominee to find out about what chefs and brewers have in common, the restaurant with the best beer selection in New York City, and the wildest brew he’s ever concocted.

JBF: What is your favorite beer from Brooklyn Brewery’s current collection?

Garrett Oliver: That's impossible to say, but as the weather warms up I'm going to be drinking plenty of our Brooklyn Sorachi Ace. It's dry, lemony, complex, and bracing.

JBF: You’ve said that Brooklyn Brewery has a “chef-like” brewing style—can you tell us a bit more about that?

GO: I'm an avid cook, and I think that great cooking involves the same mindset as great brewing. I'm looking for balance, structure, texture, and a sense of elegance in our beers. Our brews have classical roots but a modern sensibility, much like American cooking today. And a big part of my creative process is having a keen memory for flavor and aroma. I can remember things that I ate and drank 20 years ago as if it happened yesterday, and I have a feeling that chefs have that same grip on flavor memory.

GO: There are several contenders, but it would probably have to be the Concoction, a beer based on Sam Ross's cocktail, the Penicillin. The drink is made from Scotch, ginger, honey, and lemon. We brewed the beer with peated distiller's malt and then infused ginger, lemon, and local wildflower honey into the beer. Sam even helped us with the final blends. That beer was deeply strange, but also delicious—just like the cocktail.

JBF: What’s coming up next for the Brewmaster’s Reserve series?

GO: We're going to be making a light-bodied pale ale with a huge hop character, based on a brand new hop variety that doesn't even have a name yet. As of now, the hop is just called HBC 366 and it grows on 1.2 acres in Washington’s Yakima Valley. I'm really enjoying the chance to play with a great new hop that very few people have ever tasted—and I'm already looking forward to drinking it.

JBF: You were the editor-in-chief for The Oxford Companion to Beer, the first major reference work to investigate the history and scope of beer. Is there anything you published that you think most people would be surprised to learn?

GO: I think that a lot of things published in the OCB are surprising to many people. But different things surprise different people, depending on their relationship to beer. For example, I think that home brewers may have been surprised to learn that bottle re-fermentation in breweries is radically different to what they practice at home. For some, I think it was sort of like seeing a serious restaurant kitchen operate for the first time—you think, "Okay, wow, I had no idea.” I think the book also gives readers a sense of beer as a dynamic force in worldwide society, from the sciences to health to entertainment.

JBF: Which New York City bar or restaurant has the most interesting beer selection?

GO: Eleven Madison Park has about 140 beers on their list, which is nervy, eclectic, and full of great selections. That's pretty hard to beat.

JBF: Can you tell us about a great restaurant meal you had over the past year?

GO: I ate at Chef's Table at Brooklyn Fare several weeks ago, and thought it was truly amazing. And in February I had dinner in a little restaurant in the town of Piobbico, way up in the mountains of the Marche in Italy. They casually brought out dish after dish full of black truffles that they'd dug up themselves that morning with their dogs. Pretty awesome!

About the author: Elena North-Kelly is senior editor at the James Beard Foundation. Find her on Twitter and Instagram. 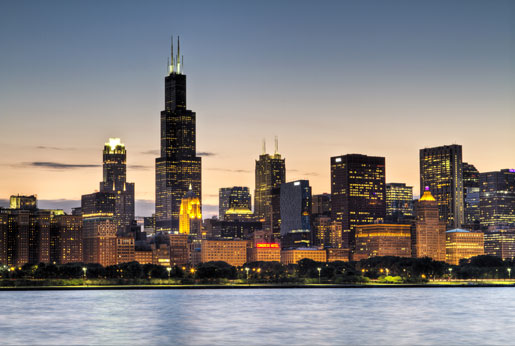 Chicago to Host the 2015 Beard Awards