For food lovers outside of the Big Apple, there's the Celebrity Chef Tour, whose events are modeled after the typical Beard House experience: a reception featuring passed hors d'oeuvre and wines, followed by a multi-course tasting prepared by the country's most talented chefs. We like to think of it as a traveling symphony.

This year the Tour has already swung through Chicago, Nashville, Cambridge, Denver, and more. The next stop? The Lodge at Torrey Pines in La Jolla, California, where JBF Award winner Carrie Nahabedian and Food Network star Beau MacMillan will join the Lodge's executive chef, Jeff Jackson, for an alfresco dinner, complete with Pacific Ocean views. The collaborative menu will pay homage to Southern California's local and sustainable culinary scene, and will include chef Jackson's vibrant jeweled farro verde, studded with dried fruits and pomegranate seeds. We have the recipe right here for you to make at home.

The Lodge's Celebrity Chef Tour dinner takes place this Saturday, May 30, at 6:30 P.M. Tickets may be purchased by calling 858.453.4420. Weekend "staycation" packages are also available, featuring additional culinary events hosted by the chefs, including a tour of Point Loma, a boutique local farm. 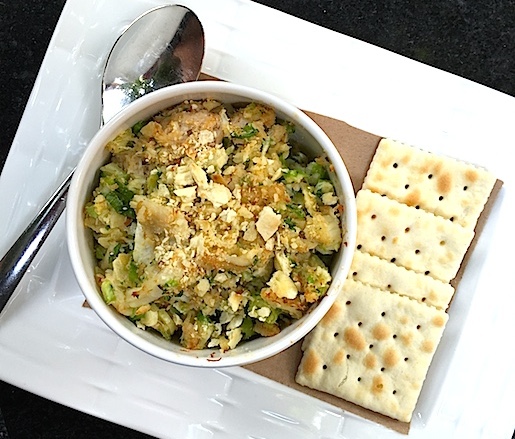