Recipes from the Best of the Best: Larry Forgione's Shortcake Like the apple pie or malt-shop sundae, the shortcake has a rightful place in the canon of classic American desserts. Fittingly, it's also found among some of James Beard's most legendary recipes. After inheriting it from his mother, Beard later passed his shortcake recipe on to his friend Larry Forgione, the chef at An American Place in New York City. Charmed by the dessert's sublimely tender crumb, Forgione gave it a place on his menu; when Beard dined at the restaurant, he sampled the shortcake and declared, "There is no better dessert." Forgione went on to win the James Beard Foundation's Outstanding Chef Award in 1993, and today the shortcake can be found in St. Louis, on the menu at his second location of An American Place. Get the recipe here.

In spring of 2012, JBF will publish The James Beard Foundation’s Best of the Best: A 25th Anniversary Celebration of America’s Outstanding Chefs. This must-have cookbook will feature a delicious, signature recipe from every winner of the Foundation’s Outstanding Chef Award. When we went to press, space required that we omit some surplus essays and recipes. During the weeks leading up to the book’s release, we’ll be sharing this bonus content with our readers. Think of it as an appetizer. 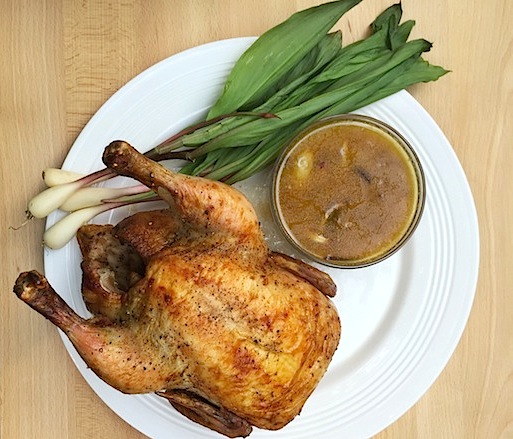