José Ramírez-Ruiz and Pam Yung have set hearts aflutter at their Michelin-starred Brooklyn vegetable mecca, Semilla. Since opening its doors in 2014, the 18-seat restaurant has earned rave reviews from Eater and the New York Times, appeared on the Bon Appétit's “hot ten” list, and garnered two James Beard Award semifinalist nods: Best New Restaurant in 2015 and Rising Star Chef of the Year for Ramírez-Ruiz in 2016. Before Semilla broke onto the New York dining scene, however, the pair were recipients of our own Jean-Louis Palladin grants, traveling across the U.S. and the world to further their culinary knowledge. Yung explored grain and bread cultures with growers in Copenhagen, Sweden, and at Anson Mills in Columbia, SC, while Ramírez-Ruiz honed his craft at Els Casals, a lauded farm and restaurant in Catalonia, Spain, that embodies the philosophy of “tancat cercles,” or a closed-loop system that places a high priority on sourcing. We spoke with Yung and Ramírez-Ruiz to learn more about how they plan their menus, what they discovered on their Jean-Louis Palladin grant trips, and their future hopes for the American dining public.

JBF: What is the process for developing the menu at Semilla, given how often it changes?

Pam Yung: The menu develops organically, and relies heavily upon the market and our relationships with small growers and foragers. It never changes all at once, but rather some dishes morph as things come and go from the market. I would say on average, at least one to two dishes change every other week, especially on the savory side. For dessert, things change a little less frequently. We sit together every evening to talk about dishes and ideas, as well as the diners' responses to our dishes, and every day we try to make things better, whether it's a small tweak in seasoning, or other minutiae of a dish.

JBF: We’ve read that you feel it’s important to be present in the dining room and serve guests yourselves. Can you tell us more about that?

PY: I think it's nice to have a direct connection with diners, especially since many of us had previously worked in kitchens where we had no connection to the front of house. It's always more meaningful if diners have a question to ask us directly, too. I think the passion can be felt this way, and the communication can be more intentional.

JBF: How have things changed since you received a Michelin Star?

PY: Nothing has changed. As always, we strive for excellence and for providing a personal and special experience for each guest. We of course, always work towards more personal goals of better waste management, sustainability, etc. The Michelin star has brought us a larger segment of international diners, which is great. JBF: Pam, how did your experiences during the JLP Grant trip influence your view of bread culture in the U.S.?

PY: Bread culture in the U.S., despite what some may think, is in a very good place. Now more than ever, there is a resurgence of interest in old artisanal methods, and it's definitely a good time to be a baker in the U.S. Much of the opposite, sadly, is happening in Europe, where artisanal methods have been disappearing in favor of convenience. Perhaps the younger generations have not had a taste of what bread once was. Surely, there are still many working with great craftsmanship, and these are the people I went to see.

JBF: Did the grant trip affect your own baking, and is biodiversity something we need to prioritize more in the U.S.?

PY: It has surely changed the way I bake, and it is critical to our future (not only for better eating, but for a better world) to eat in this way, and to think about the way we eat, shop, and work, as an investment in a healthier world, specifically in supporting greater biodiversity.

JBF: What do you wish Americans would eat more of?

PY: Americans should be open to eating more things than what they know of—the small, so-called "diversity" that's available at American grocery stores. This is critical in supporting greater diversity.

JBF: Do you think Anson Mills’s strategy of using historical growing methods is scalable, or does it just work for the artisanal market?

PY: I certainly think it's scalable, and Glenn is the person that can help make this happen. He has already donated a lot of seed, money, and time to spreading his expertise, but we need to get more people on board with it. Good food should not be just for the rich and for those demanding artisanal products—good and healthy food needs to be made available to the masses. JBF: José, what made you choose to go to Els Casals? Why Catalonia over other agricultural regions in the U.S. or internationally?

José Ramirez-Ruiz: History and tradition, essentially. There’s something to be said about a family who has owned that land for centuries. Also the tradition of cooking and preserving in that region dates back centuries, which it makes it completely different than anywhere in the United States or even Europe. I have always strived to see and experience as many different cuisines and ways of approaching food as possible, so after working at Per Se it just seemed appropriate to do something that was completely different from what I was doing at that moment.

I’ve always wanted to have my own voice in the kitchen, so I’ve tried to work for chefs with their own style and point of view. I also wanted to work with chefs on a one-to-one basis. Going to a more "traditional" restaurant would have not provided me that experience and contact with the chef.

JBF: How did your experience affect your cooking? Do you think it sets you apart from some of your peers, in New York City or across the country?

JRR: Yes, I think it does. To put it simply, I don’t think I would be able to do what I do at Semilla without the experience at Els Casals.

JBF: You write rapturously about the food you encountered at Els Casals—do you ever find yourself struggling with the tension between wanting to stay local and wanting to serve the kind of product you had in Spain?

JRR: Not really. If I learned anything from Oriol [Rovira, head chef at Els Casals], it was more about how to approach the product and the relationship with the producer, and not so much about the product itself. Although his mushrooms and truffles are pretty hard to beat!

JBF: Do you try to embody the “tancat cercles” philosophy of Els Casals at Semilla? If so, what are some of the limitations being located in New York City?

JRR: Absolutely. I mean, we do break the rules with truffles, white asparagus, and citrus, but other than that we try to be as local as possible. The biggest hurdle is transportation and being able to get the product from upstate to Semilla, so creating a relationship and nurturing that relationship becomes a key element of success.

Learn more about the Jean-Louis Palladin Professional Work/Study grant and all of our scholarship opportuntities. 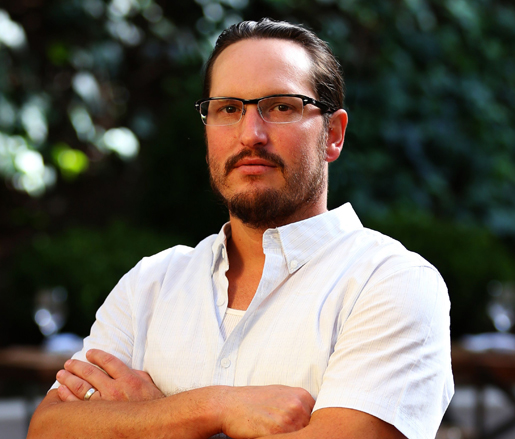