Win Thanksgiving with These Unexpected Pies

“We Americans undoubtedly eat more kinds of pie than any other country,” James Beard wrote in 1979. Early Americans baked sweet and savory pies in round, shallow pans as a way to stretch basic ingredients like flour and lard. The dish was such a staple that most settlers ate it at every meal.

Oh, how times have changed. These days most of us eat pie only once a year—on Thanksgiving—and we tend to stick to our family’s favorite kind, which is almost invariably one of three varieties: apple, pumpkin, or pecan.

This year, why not shake things up a bit around the holiday table by experimenting with a different kind of pie? For inspiration, look no further than these regional American pie-making traditions.

New England: Boiled Cider Pie
Although English recipes for apple pie go all the way back to Chaucer’s time, most of the first apple crops in the New World were used to make cider. What could be more fundamentally American, then, than a pie made with apple cider that has been boiled down to its dark, syrupy fruit essence? Boiled cider pie is an old-fashioned New England specialty: a two-crust pie filled with a smooth custard sweetened with thick-as-molasses boiled cider.

“It sounds so mouthpuckering,” said Pascale Le Draoulec, author of American Pie: Slices of Life (and Pie) from America’s Back Roads, of apple pie’s more obscure cousin. “But it’s delicious—clean and sweet and bright in flavor.” Boiled cider pie offers all the smooth, rich texture of pumpkin pie and all the tart fruit flavor of a traditional apple pie—only with a whole lot less peeling.

Mid-Atlantic: Shoofly Pie
The classic Pennsylvania Dutch dessert, shoofly pie is a molasses-based dish that makes a delicious substitute for pecan pie. Similarly gooey (but nut-free), a shoofly pie made right is also moist, fluffy, and subtly spiced; “a coffee cake in a crust,” as Beard put it.

Shoofly pie became famous with the song “Shoo-Fly Pie and Apple Pan Dowdy,” composed by songwriter Guy Wood and performed most famously by Dinah Shore. According to Le Draoulec, the pie’s unusual name is very similar to chou-fleur, the French word for cauliflower, suggesting that the dessert might have been named for its craggy, caulifloweresque surface. Most people believe, however, that the pie got its name because it was so sweet that Amish women had to shoo flies away as the dish cooled on their windowsills.

Midwest: Shaker Lemon Pie
The Ohio Shaker community prided itself on restraint and hard work—and this otherworldly lemon pie. Where did the members of a small religious sect in 1800s Ohio find lemons? Apparently, they traveled by boat to Louisiana to buy them. As strident believers in the value of thrift, the Shakers were reluctant to let any part of the hard-to-procure ingredient go to waste, using the entire fruit in this fragrant pie.

Buying lemons no longer requires a trip down the Mississippi, but this traditional pie is still made with the same pit-to-peel frugality: paper-thin slices of whole lemons are macerated in sugar and baked in an aromatic custard. With its intense lemon flavor, this refreshing pie is the perfect ending to a hearty meal.

South: Coconut Cream Pie
The South’s love for cream pies and all things coconut are evident in this beloved regional dessert. The shell can be made from pre-baked pastry dough or a simple graham cracker crust; the coconut filling gets its characteristic silky thickness from either cornstarch or gelatin.

“It’s simple, cool, creamy, and fabulous,” wrote Matt Lee and Ted Lee of the showstopping pie in their JBF Award–winning The Lee Bros. Southern Cookbook. They top their version with a layer of rum-infused whipped cream.

Pacific Northwest: Concord Grape Pie
The Pacific Northwest produces a bounty of pungent, sweet-tart Concord grapes. Usually pressed to make juice, these deep-purple fruits are glorious when baked in a simple covered pie. Though slipping the grapes’ skins and running the pulp through a sieve to remove the seeds makes the dish more labor-intensive than one that merely requires the opening of a can of purée, the pie’s gorgeous presentation and rich, jammy flavor make the extra effort more than worthwhile.

The thought of eliminating pumpkins and pecans from your Thanksgiving routine may seem blasphemous, but one taste of any of these regional specialties will change even the most stalwart family member’s mind. Pie is the quintessential American dessert. On this most quintessential of American holidays, why not start a new tradition by borrowing one from our country’s past? 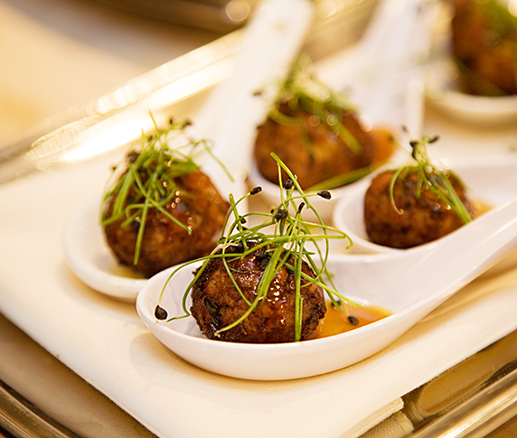