This Throwback Thursday, we celebrate a fearless pioneer of molecular gastronomy, JBF Award winner and 2015 Who’s Who inductee Wylie Dufresne. Each year, the James Beard Foundation’s Who’s Who of Food and Beverage in America honors a diverse group of 20 individuals across all areas of the culinary world, each of whom has been identified by his or her peers for contributions to America’s evolving edible identity.

Following his education at the French Culinary Institute, Dufresne began his career under JBF Award winner Jean-Georges Vongerichten at JoJo, became a sous chef at Jean-Georges, and was promoted to chef de cuisine at Vongerichten’s Prime. He continued his gastronomic trailblazing as the first chef at 71 Clinton Fresh Food, which lead to his next adventure opening wd~50 in 2003. Dufresne remained unstoppable, receiving three stars from the New York Times, as well as a Michelin Star. 2013 marked the opening of the more casual Alder, as well as Dusfresne’s JBF Award for Best Chef: New York City. Much to the disappointment of hungry Dufresne fans, August marks the end of his journey with Alder. But knowing Dufresne, there’s still plenty of tricks up this culinary magician’s sleeves. 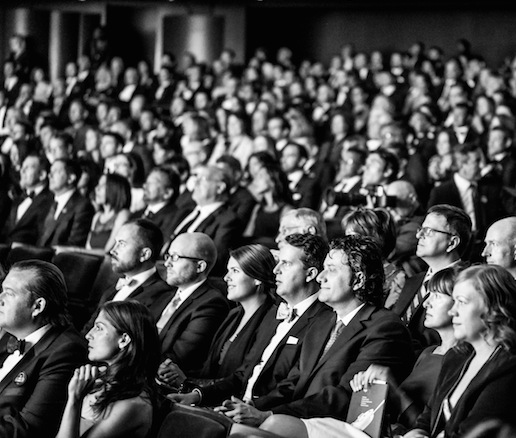