You can tell a lot about your cheese from how it tastes, and the flavors of true artisan American cheeses are as varied as the seasons in which they’re created.

It’s a well-known truth in the tight-knit world of professional cheesemongers that autumn in particular brings a bounty of small-production cheeses from farms and producers across the country—each with a distinct flavor profile and a story all its own.

While it can be hard to choose, here are some of our favorite cheeses to purchase and consume in the autumn months.

Vermont Shepherd // Vermont Shepherd Farm, Vermont
Vermont Shepherd, an American raw-milk classic, is created by David Major on his family’s 250-acre farm in Westminster West, Vermont. The supply is limited, and the cheese is made completely by hand during the spring and summer months and is then aged four to eight months. Vermont Shepherd’s quality and flavor reflect the care taken throughout the making and aging process, as it is created only with the milk from the farm’s own sheep, which are allowed to graze on the wild pastures. Crafted by hand in batches of 10 to 30 wheels at a time, Vermont Shepherd’s flavor is nutty and complex, with hints of sweet hay, roasted onion, and even mild toffee.

Rush Creek Reserve // Uplands Cheese Company, Wisconsin
Rush Creek Reserve is a very limited-release cheese from cheesemaker Andy Hatch at Uplands Cheese Company in Dodgeville, Wisconsin. This satiny, unpasteurized, soft cheese is created in the style of the Swiss classic, Vacherin Mont d’Or. It is spoonable, spreadable, and has notes of smoke, earth, and fresh cream. Made with evening milk flavored by the summer grasses of the rolling pastures at Uplands Cheese, so Rush Creek is available only in the autumn.

Pierce Point // Cowgirl Creamery, California
In the wooded, harborside town of Point Reyes, California, on the Point Reyes National Seashore, there are cheesemakers hard at work. With its award-winning selection of small-batch artisan cheeses, Cowgirl Creamery has secured a reputation as one of the finest creameries in the United States. Pierce Point is crafted from Jersey milk from nearby Chileno Valley Dairy. Shortly after being poured into moulds, the cheese is gently washed in an organic white wine and rolled in dried herbs (including but not limited to calendula, chamomile, and Thai basil) collected from the Tomales Bay coastal region. It is considered semifirm but creamy and has complex flavors of herbs, flowers, and butter.

Beecher’s Flagship Reserve Cheddar // Beecher’s Cheese Company, Washington Beecher’s handmade Flagship Reserve Cheddar is a classic, American-style cheddar. Produced from pasteurized milk, the cheese is wrapped in cloth bandages and left to mature in an open-air facility for 13 to 16 months. With a faint cedar scent and an overwhelming flavor of dried fruit and toasted nuts, the cheese is tangy and sour, salty, and mouth- coating. Easy to eat alone, it pairs well with heady American beers or ciders. Flagship Reserve also does well in cooked dishes, as it is a good melter. This cheese showcases what it means to be a true farmstead cheddar and it sings with balance, harmony, and depth of flavor.

Rogue River Blue // Rogue River Creamery, Oregon
Handcrafted from raw cow’s milk, this blue-veined cheese has it all for both the experienced cheese aficionado and the novice blue cheese lover. It is naturally rinded, hand turned, and reminiscent of a classic French Roquefort. Aged up to one year, the molds in this cheese are naturally occurring and create a product that hints at flavors of pine and forest, hazelnut and pear. As a finishing touch, Rogue River Blue is carefully wrapped in locally procured grape leaves that have been macerated in a local pear brandy, which adds complexity and a sense of terroir all its own. The winner of the “Best Blue Cheese” title at the World Cheese Awards in London in 2003, this cheese has had a meteoric rise in popularity, making it difficult to obtain. I suggest you ask for it by name at your local cheese shop—or call the creamery directly to be sure of getting your hands on this decadent addition to your table.

Pairing: Try it with red ales, lambics, and Sauternes.

2.  Cheeses that are best enjoyed seasonally with the harvest bounty (for example: a sharp cheddar with tart-sweet apples)

3.  Cheese made with harvest milk (produced between the autumnal equinox and the winter solstice) which is usually not ready to be sold until late fall or even early winter


Tip: The key to the procurement and enjoyment of these great cheeses is to find a trusted local cheese-monger who can lead you on a journey through discovering such flavors, who treats the cheese with dignity, and who will cut your cheese to order, in the quantity you desire. 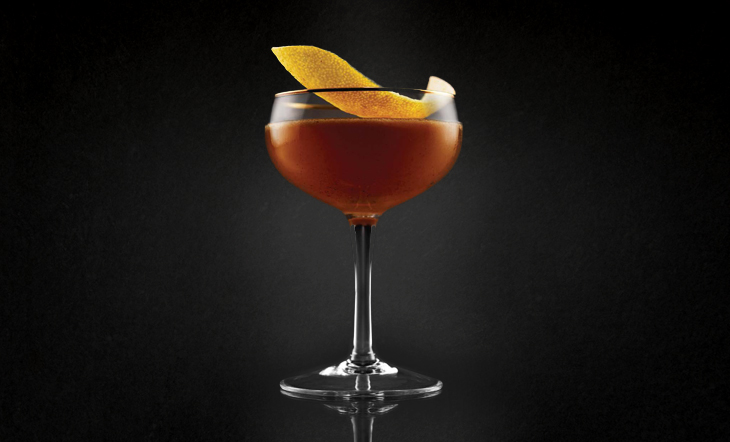 Why Tequila is the Ideal Fall Spirit