There's a lot to to be excited about during JBF Awards season, but we're always especially pleased to announce our newest batch of America's Classics. This award is given to regional establishments, often family-owned, that are treasured for their quality food, local character, and lasting appeal. Without further ado, meet the 2013 inductees.

Art Carlson's weekday-only lunch haunt on Dupont Circle, open since 1981, is a 600-square-foot temple of honest cooking and good will. (The name combines the initials of Carlson and his business partner, Peggy Fredricksen.) The vibe is is loud and scrappy, and the food is delicious. Art Carlson, the ever-present host, is one of the last of a dying breed: a hands-on owner who schmoozes and teases his customers, often at the same time.

The place, with its 11 counter stools, is comfortable in its age. Behind the long Formica counter, racks of cookbooks from Julia Child and fellow titans share space with scribbled postcards, a rattletrap stereo system, a collection of old political campaign buttons, and a jumble of knick knacks including a Presidential Barbie and dusty cans of Alpo and Cheez Wiz.

The cooking is in the hands of George Vetsch, a veteran of a Zagat's worth of local kitchens. His standing menu is mostly sandwiches and salads. But the sheet of daily specials surprises and satisfies. Garlicky roast chicken with hand-cut fries. Mahi-mahi graced with an herbed cream sauce. Mexico gets its due with pork tacos jump-started with jalapeno-cilantro sauce. So does India, with chicken korma on basmati rice and sassy chutneys. Ditto Maine, by way of a lobster roll, slicked with basil mayonnaise.

Carlson suffered a medical setback in 2010, but that hasn't kept the host from dispensing wisecracks and making change at his relic cash register. Waitresses in C.F.’s have embraced Carlson’s attitude. “Wanna dance?” a young waitress asked a customer after she bumped into him in the narrow eatery. “Ready to rock 'n' roll?” she greeted a party on the small covered patio.

Frank Fat’s is a political landmark in California, once known as the “Third House” and one of Sacramento’s oldest restaurants. The restaurant serves Chinese American food and is known for honey-walnut prawns; Frank’s-style New York steak (grilled, sliced, and smothered in sautéed onions and oyster sauce); Fat’s brandy fried chicken; and banana cream pie.

Kevin Hefner in Capitol Weekly, writing on the restaurant’s 70th anniversary in 2009 said: “The restaurant often was the site of political meetings that, according to some, sometimes accomplished more than those in the Capitol. The most notable of these deals was the “Napkin Deal” of 1987, written on the back of a napkin by the participants that defined a multimillion-dollar pact between the lawyers, insurers, doctors, and business interests over tort reform.”

Willie Brown, former assembly speaker and San Francisco mayor, recalls that it was the place legislators would go to find a “pigeon,” lobbyists who would buy them a meal. That’s changed a bit with political reform, but it’s still a popular hangout and a local favorite. Brown has his own booth and still stops in every time he has business in Sacramento. Governor Jerry Brown is also a frequent visitor.

The founder, Frank Fat, came to California from China in 1919 as a 16-year old. He worked various odd jobs for 20 years, mostly in Sacramento, before opening his namesake restaurant in 1939 near the Capitol. Today, the Fat family also operates three other successful restaurants in the Sacramento region: Fat City in Old Sacramento and Fat’s Asia Bistro in Folsom and Roseville.

New York City specializes in new restaurants, not old ones, and local interest in them is generally measured in months instead of years. So it’s nothing short of astonishing that a 120-something-year-old restaurant has managed to stay both relevant and wildly popular in the middle of Manhattan.

Albert Keen, a theater producer, opened the restaurant in 1885, when the Herald Square Theatre District thrived. Actors came in for a drink between acts. Today, the walls are decorated with over 50,000 clay pipes, from celebrated customers like Teddy Roosevelt and Albert Einstein, souvenirs from a era when smoke clouded many restaurants. George Schwarz, the current owner, took over in the late 1970s, investing much money and sweat equity in reviving the restaurant.

What Keens has always done well is to age and grill meat. They were one of the first restaurants to dry-age beef. It's a terrific place for a prime T-bone steak, well-charred on the outside and juicy within, served with a tangy-sweet house steak sauce. But their most famous cut of meat is not beef: it's the 26-ounce mutton chop. In one of their few nods to modernization, the mutton is now lamb, but it's still accompanied by homemade mint jelly.

The menu is stocked with classics like shrimp cocktail, iceberg wedge with chunky blue cheese, and extra-thick slices of smoked bacon, served unadorned on a plate. And the bar at Keens is one of the more democratic places in the city. Yes, it is a destination for Wall Streeters, artists, and fashion editors, but it also draws shoppers from nearby Macy's. The bar room is especially welcoming in the winter, when the fireplace roars and regulars nibble complimentary chicken wings or drink their way through the 275-plus selection of single-malt scotches.

Minneapolis is known for its Scandinavian heritage, but for more than a century, the city’s northeast neighborhoods have been a vibrant Eastern European enclave. A great deal of that Catholic, blue-collar culture has dissipated during the past 20 years, but some overt traces remain, most notably a dozen or more elaborate churches and Kramarczuk’s, the landmark sausage-making company and restaurant.

Kramarczuk’s more closely resembles a cafeteria, with polite, mostly Ukrainian young women working behind the counter; Kramarczuk’s has long been a first job for immigrants. In addition to deli sandwiches served on fresh rye and caraway rye, it still serves the traditional fare that Anna prepared for her family: gigantic pork- and rice-filled cabbage rolls smothered in a tomato cream sauce, dumplings stuffed with potatoes and cheese and served with a dill pickle, and thick Polish sausages stewed in pungent sauerkraut, colorful salads, and crepes filled with a medley of beef, pork and chicken and topped with horseradish-laced sour cream. The piroshok—soft, golden buns filled with hard-cooked eggs, mushrooms, and seasoned ground beef—continue to be a staple.

Of course there’s an ever-changing selection of the house specialty, the butcher shop’s expertly made sausages, bratwurst, kielbasa, and wieners, swiped with some of the kitchen’s zesty mustard and stuffed into sturdy, house-made golden buns. Along with a relatively recent push towards elaborate tortes, cakes, and cream puffs, the bakery continues to turn out delicious kolaches filled with cheese, prunes, apricots, or poppy seeds.

Hot fried chicken, long popular in towns across the South, has become synonymous with Nashville. A visit to town doesn’t count unless you make the pilgrimage to this joint, set in an abbreviated strip mall alongside a nail salon, for crispy yardbird with a cayenne-soaked coat of armor.

Thornton Prince was the original owner. He was a handsome fellow. One of his girlfriends grew weary of his late night carousing. As a revenge tactic, she doused his Sunday morning favorite, fried chicken, with cayenne pepper. But it backfired: he liked it. By the mid 1930s, Prince and his brothers perfected the process and opened a café, which they originally called the BBQ Chicken Shack.

Current owner Andre Prince Jeffries, great-niece of Thornton Prince, continues the family tradition. She brines her chicken, flours it, fries it to order, and slathers it with a secret layer of hot spices. You can order it from mild, which is not really mild, to extra hot. Ms. Jeffries likes to say, “It’s a 24 hour chicken. Hot going in and hot coming out.” The stack of crinkled dill pickle chips and slices of white bread that come with your chicken are the closest things to life rafts your taste buds will find.

At least thirteen other Nashville restaurants now serve hot chicken. And the Music City Hot Chicken Festival is in its sixth year. More recently, Nashville hot chicken has been recognized as a style of fried chicken. (Like Memphis barbecue, and Charleston she-crab soup, it’s totemic.) Restaurants from Birmingham, Alabama, to New York City now serve twists on the dish, billing it as “Nashville Hot Chicken.” 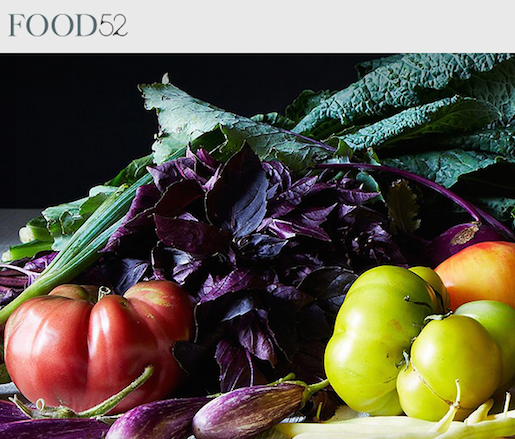