Today we're excited to announce the recipients of one of our most popular awards: the America's Classics! This honor is given to regional establishments, often family-owned, that are treasured for their quality food, local character, and lasting appeal. Read on to learn more about our 2014 America's Classics. (Read the full press release here.) The snow-ball, one of the city’s iconic desserts was practically invented at Hansen’s. Made of shaved-to-order ice, a Hansen’s snow-ball -- which the family calls a Sno Bliz -- comes doused in house-made syrups that run an extraordinary gamut of flavors.

Ernest Hansen built one of the first electric ice-shaving machines, receiving a patent from the US government for his creation in 1934. Along with his wife Mary Hansen, he opened a small shop in 1939. Their granddaughter, Ashley Hansen, runs that shop today, and carefully crafts the family syrup recipes, including blueberry, Satsuma, root beer, and the mysterious cream of nectar.

Like her forebears, Ashley Hansen opens her doors only during the summer. When Hansen’s is open, a queue forever spills out its door and snakes back through the stand’s small interior, following a painted yellow line, known to regulars as the yellow brick road. Eventually that line leads to the counter, where a crew of young workers takes orders, shaves ice, douses cones, and cultivates a diverse community, one treat at a time. When Nick Peirano, a third-generation Italian-American, opened a serious Italian restaurant in the farming town of McMinnville in 1977, he had no previous restaurant experience. No matter. His restaurant soon became the place Oregon winemakers hung when there were just a dozen or so. Now there are hundreds, and Nick’s is still their clubhouse.

Nick’s daughter, Carmen Peirano, and her husband, Eric Ferguson, took over day-to-day operations in 2007. They updated the menu to include wood-fired pizzas and house-made charcuterie. But Nick’s Dungeness crab and pine nut lasagna and his pesto-garnished minestrone remain favorites. And you’ll find Nick himself shooting pool most nights in the Backroom Bar.

Nick’s has forged a marriage of Oregon wine country and Northern Italian cooking that’s as worthy of pilgrimage and patronage as the Oregon pinot noirs on their superb wine list. Olneyville New York System, despite its name, serves food that is distinctive to Rhode Island. Slathered with mustard, topped with meat sauce, sprinkled with celery salt and onions, and served in a steamed bun, the hot wiener is signature as are the salt and vinegar French fries. The preferred drink is coffee milk, made in Rhode Island by flavoring milk with a sweetened coffee concentrate called coffee syrup.

Olneyville has been a family affair since Anthony Stavrianakos, a Greek immigrant, opened the diner in 1946 with his son, Nicholas. (Nicholas later anglicized the family name to Stevens.) Nicholas’ son Peter took over from him. Peter’s son Greg started as a dishwasher at age thirteen. Now he and his sister Stephanie are fourth generation owners.

Olneyville was once the favored lunch spot of workers employed by local jewelry manufacturers. Now, nearly 70 years later, “the System” has become a multigenerational family spot, the late night haunt of college students, and the first stop from the airport for returning natives. Cowboy cook and rancher Tom Perini made a bold decision in 1983. With oil and cattle prices depressed, he turned a hay barn on his family spread into a restaurant, hoping to draw folks from nearby Abilene. Serving Texas standards with genuine hospitality, he has created a signature rural roadhouse.

Grilled steaks are the heart of the menu. Tom knew that if he opted for prime beef, he would price himself out of the local market. He chose instead to grill the best choice rib eyes, strips, and filets. The appeal of those steaks owes much to mesquite. The scrubby, thorny trees grow everywhere in this arid terrain. And their coals yield a pungent smoke that perfumes the air. In 1923 Victoria and Michael Sokolowski founded a Polish restaurant on a bank of the Cuyahoga in Cleveland. Today, Sokolowski's University Inn serves edible homages to the city’s immigrant-driven industrial past, dishing sturdy comfort foods like cabbage rolls that once fueled the city’s growth.

Pierogis, stuffed with whipped potatoes, bathed in butter, and drenched in caramelized onions, are everyday specials. The Sokolowski family does right by Midwestern dishes, too. They beer-batter and fry Lake Erie perch. They craft their own bratwurst and smoked kielbasa.

What began as a tavern when the Tremont neighborhood was flush with blue-collar steelworkers, expanded to cafeteria-style service in the 50s, and has evolved, more recently into a touchstone restaurant for Polish families in search of their culinary roots.

The 2014 America's Classics are presented by the Coca-Cola Company. 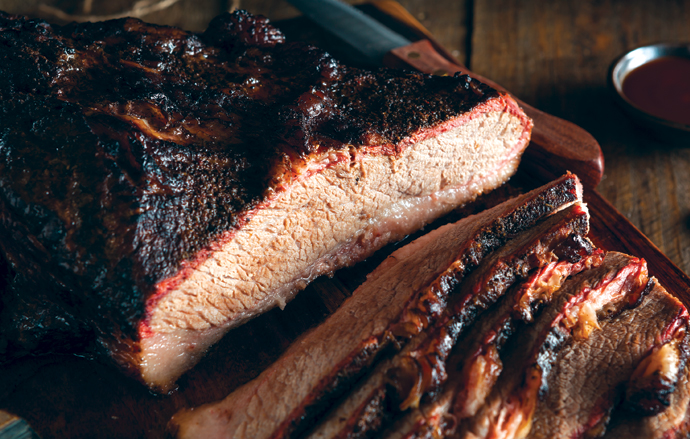