WHAT? Faux fusion fruit. Sometimes called apple-pears, Asian pears are not, in fact, a cross between the two, but are rather the pear varieties that grow in China and Japan. (For the last century, we’ve grown them in the United States as well, mostly in the Northwest.) But Asian pears, though juicy like a pear, are apple-shaped and have the crispness of a good apple. In Japan, where they are known as nashi, they are a popular autumn dessert, served in neatly peeled slices. Asian pears come in various shades of russet and yellow, depending on the variety. They may be the ancestor of our more familiar Western pears. WHEN? Gregory Elliott's Beard House dinner WHERE? October 14, 2011 WHAT? Hamachi Crudo with Asian Pear, Pickled Cauliflower, and Fresno Chili 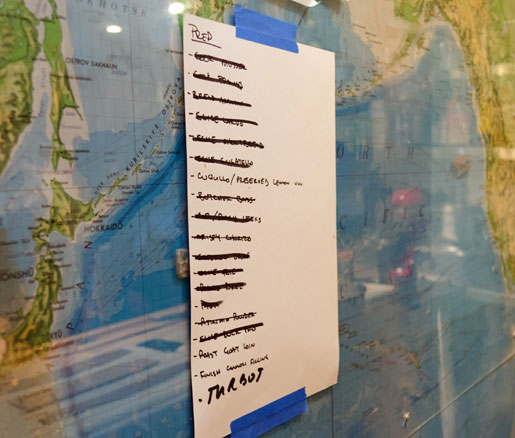