WHAT? If the Pilgrims did in fact feast on turkey at the first Thanksgiving in 1621, it's unlikely that the bird bore much resemblance to the turkeys on today's Thanksgiving tables. It may have looked more like a heritage turkey, the ancestor of the Broad-Breasted White turkey now sold in most supermarkets. Wild turkeys, which were native to the Americas and a primary source of meat for many Native American tribes, were domesticated in Europe and North America to create heritage breeds such as the Standard Bronze, Bourbon Red, Narragansett, Jersey Buff, Slate, Black Spanish, and the White Holland. By the 1960s the industrialized Broad-Breasted White, bred for its breast meat and ability to reach maturity in just two months, began to dominate the market, and by 1990 heritage turkeys were almost extinct. Usually raised on pasture, heritage breeds develop stronger legs, thighs, and breasts than their industrialized brethren, but since they take up to 30 weeks to reach market weight they are more expensive to produce. Thankfully, a number of farmers and consumers have decided that the resulting dark, rich, and flavorful meat is worth the wait—and the expense. 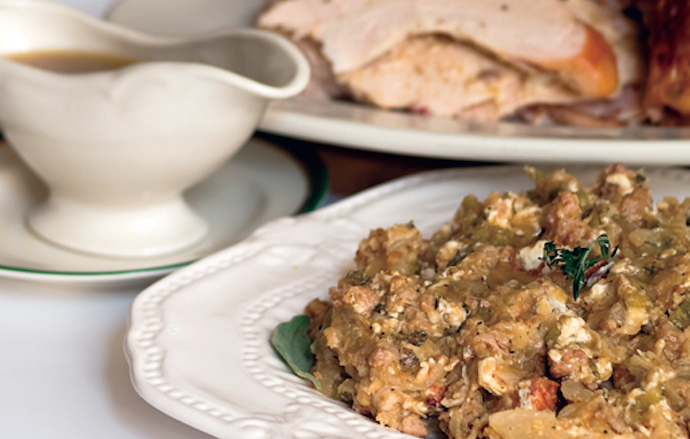