Eating to the Extreme: How Broadening Your Culinary Horizons Can Help Improve Our Food System Extreme cuisine. Oddities. Fear Factor food. These are terms I hear almost everywhere I go. They are whispered in the corners of rooms by squeamish skeptics who make me out to be some kind of culinary pervert.

Long before my show Bizarre Foods was ever conceptualized, I was excited about jungle markets and the amazing foods I found there. I had traveled a lot as a young child and knew that a tiny, whole-roasted piglet I encountered abroad tasted way better than the dry pork chop I found at home—especially if eaten while sitting under the old aqueduct in Valle de Los Calledos, Spain. I was always puzzled as to why no one ever ate tongue the delicious way we had it for supper at my grandma’s on Shabbat, and why there were only a handful of choices when it came to center-of-the-plate proteins, or even side dishes, for that matter.

That’s how I came to be the guy whose omnivorous habits are the stuff of whispers. I feel a little less self-conscious now that so many of the variety cuts and kinds of animals that our grandparents once ate have become popular again. But I still need to explain my pan-prandial perspective from time to time: all food is good. And the more we embrace that concept the better off we are culturally, environmentally, and economically.

Preserving Traditions
While filming Bizarre Foods in South Carolina and Georgia last year, I spent time with some baymen whose families have been fishing the waters there for generations. Because they want to continue to pass their way of life on to their children, they understand what many have forgotten: that without the wetlands and their productive economic vitality from a food standpoint, a way of life that is distinct and culturally important will perish. So, in pursuit of a story that was more interesting than another fried hush puppy, I found some baymen who were changing their world.

With shrimp, crab, and oyster prices relatively stable for 20 years in the midst of rising costs, these baymen wanted to expand the ingredients on the average American table—a goal I share. And so it happened on Christmas Eve several years ago that crabbers of Greek and Italian heritage, while eating octopus, wondered why all the eight-legged treats were imported, and frozen to boot. They did some research and found out that octopus indeed swam in local waters, but with so few rocky crags off their coast they swam right past the baymen’s lines to make homes elsewhere.

So, the fishermen outfitted their lines with three-foot sections of weighted PVC pipe, so that thousands of them would appear to an octopus like small caves, little homes for the taking. The technique worked. In season, 75 percent of the pipes come up filled with perfect little octopuses.

What was it that helped octopus gain acceptance as a viable and delicious protein by the American consumer? The Spanish food movement that exposed many to their first bite? The availability of Greek and Italian recipes on the Internet? Reasonable prices? A love of fried calamari? Who knows? Probably a combination of these things and more. But the resulting confluence has saved entire fleets of crabbers from retiring their nets. The system is sustainable, it saved old jobs and created new ones, the bays and oceans maintained their most devoted stewards, and local eateries  and their customers benefitted. Because of their efforts, we can cook and enjoy local octopus instead of worshiping it from afar or fetishizing it as a secret ingredient on Iron Chef.

You can follow food to these transformation tales all over the world: from nomadic Namibian tribal herdsmen who learned to farm oysters to American farmers who converted tobacco fields into grazing lands for goats. The world of eating is political, cultural, and personal, and it touches us all.

Beyond Beef and Tuna
I believe that people should consider food of all types, not just the sexy ones. I am thrilled that broadening our protein choices is becoming more popular, but we still need more mainstream activism and education. For example, for every griglia mista of small whole fish you serve at your house, you save one tuna or cod, preserving fisheries that are endangered. For every roast goat leg with lemon and rosemary you offer your guests there is one less feedlot head of beef needed, one less commodity chicken purchased, and so on.

Every time I recount one of my “bizarre food” stories, like the one about West Virginian whistle pig (groundhog) hunting and cooking, I have a larger story to tell. Fourth-generation Italians in small hollers in that part of our world can teach us all about canning and scratch cooking, about traditional dance and music, about community and sacrifice, only if we can see beyond the food traditions that on the face of things are unfamiliar and seem unappetizing.

Teaching Tolerance
The degree to which we try new things and attempt to teach our kids about expanding their food choices is the degree to which we make acceptance the norm. I teach my child that food comes in many forms, just like language, or religion, or skin color. At seven, he responds better to crispy pig ears, risotto with squid ink, and grilled rabbit than he does to lectures about race relations from his old man. Eating is a common language.

Of course, because human nature is universal and our food issues are both psychological and cultural, water flows both ways. No one in America eats bat. Here, bat as a food source is compromised. It’s considered an unclean animal that conjures up Halloween and Dracula. But in Thailand’s northern mountains, kids are the first ones to run to the wok when they hear the bats sizzling. With lemongrass, ginger, and chilies, they are pretty tasty, too.

Being armed with the knowledge of why we do or don’t eat something didn’t help me convince a tribal African in Uganda to eat cheese. For him, it wasn’t clear why we let perfectly fresh milk rot and then dry it into tiny squares and circles. Cheese was never going to cross his lips, try as I might. What is delicious or even normal depends on your perspective.

More than anything, I’m a storyteller. I don’t do much else, really, except eat a few unexpectedly delicious things along the way. My hope is that, like me, you will find the intersection of food and culture intriguing, and that you will appreciate how it can expand your world, one taste at a time.


Andrew Zimmern is the James Beard Award–winning host of Bizarre Foods on the Travel Channel. 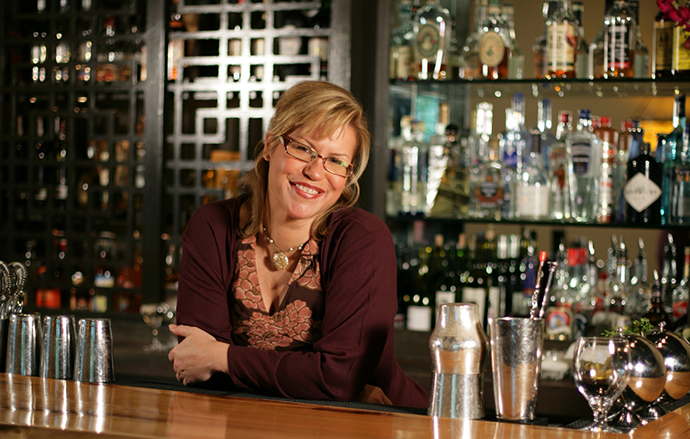