Expo Milano: The Food World Is Coming to Italy Next Year “I’m proud to announce today that the United States will participate in the Expo. And together with our partners, we’re going to put together an outstanding USA pavilion that showcases American innovation to improve agriculture and nutrition and the health of people around the globe.”
—President Barack Obama, March 27, 2014, Rome

Fifty years ago this April, the 1964 New York World’s Fair opened in Flushing, Queens. Visitors were given a vision of the future (picture phones, computer modems, a space-age kitchen) and a taste of the exotic (America’s first Belgian waffle). Many people’s knowledge of world’s fairs began and ended in Flushing. But the tradition of these global events, which originated in London in 1851, continues to this day. Four years ago, 75 million people visited the Shanghai Expo. And next year the party moves to Europe for Expo Milano 2015.

Although food has always been an important part of world’s fairs, Expo Milano 2015 will mark the first time food is the theme of the entire event. Each of the more than 140 participating countries will address the overarching theme “Feeding the Planet, Energy for Life.” The opportunity to articulate America’s role in feeding our future, as well as to present the evolution of American cuisine that the James Beard Foundation has nurtured and celebrated during its 28-year history, piqued our interest. So we formed a partnership with the International Culinary Center, in association with the American Chamber of Commerce in Italy, and together we won the bid to create the American pavilion.

“American Food 2.0: United to Feed the Planet” is the theme of America’s participation in Expo Milano 2015. At gatherings leading up to the main event, and then at our pavilion—designed by JBF Design Awards Committee chair James Biber—we will showcase the diversity and deliciousness of American food today, as well as our country’s leading role in feeding the planet in the future. Issues like sustainability, scalability, food aid, nutrition, and hunger will be addressed along side fun and delicious experiences such as food trucks, musical performances, and the James Beard American Restaurant, which will operate much like dinners at the James Beard House.

Expo Milano will run from May 1 through October 31, 2015, so there’s plenty of time for you to visit. Until then, be sure to check back here for updates about USA Pavilion, Expo Milano, and pre-launch events. Next week we'll be posting news about the pavilion's groundbreaking ceremony that will be held July 16 simultaneously in Milan at the Expo site and in Washington, D.C., at the US Department of State. 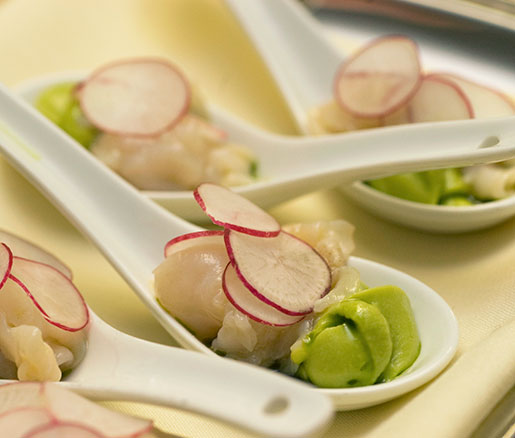